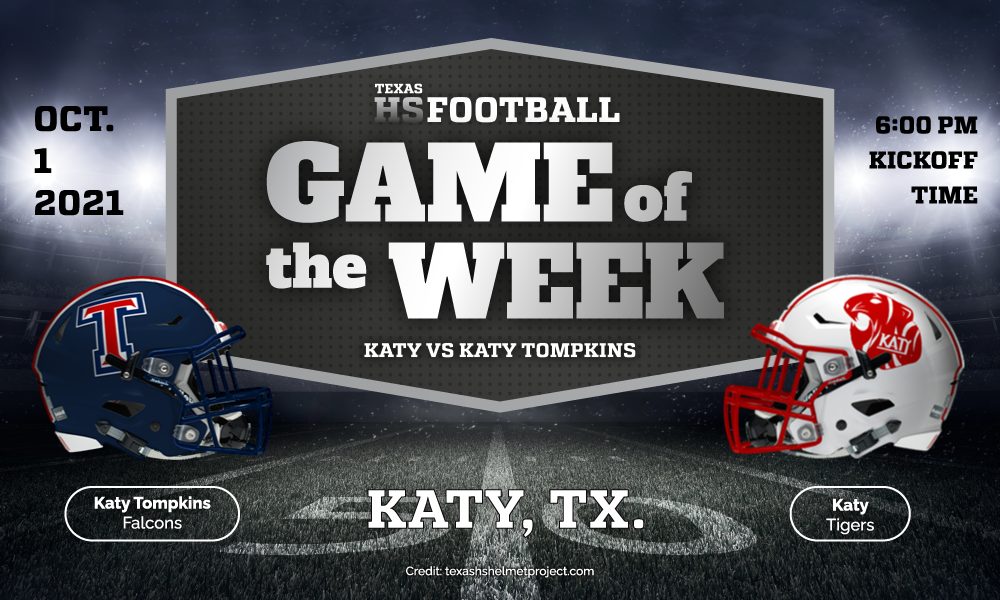 Two of the top teams in 6A will face off in Katy on Friday night-Katy vs Katy Tompkins. Both teams score a lot of points and play lights out defense.

The Tigers are the defending 6A-Div 2 state champs.

Katy has won 6 of the last 7 meetings over the Falcons.

***Last week: 45-3 winners over Seven Lakes. The Tigers’ defense held the Spartans to just 172 total yards and only 5 first downs.

On offense, Katy is led by:

The Falcons are average 37 points per game on offense.

The Tompkins offense is led by:

The Falcons’ defense is led by:

These are two of the top teams in 6A with loyal and passionate fan bases. If you want to watch a great high school football game in Texas on a Friday night, Legacy Stadium in Katy on Friday, October 1, is where you want to be.