The logic behind this schedule is that smaller schools located in smaller communities will have less risk of community spread of COVID-19, making it theoretically safer for high school football seasons to begin in those communities. 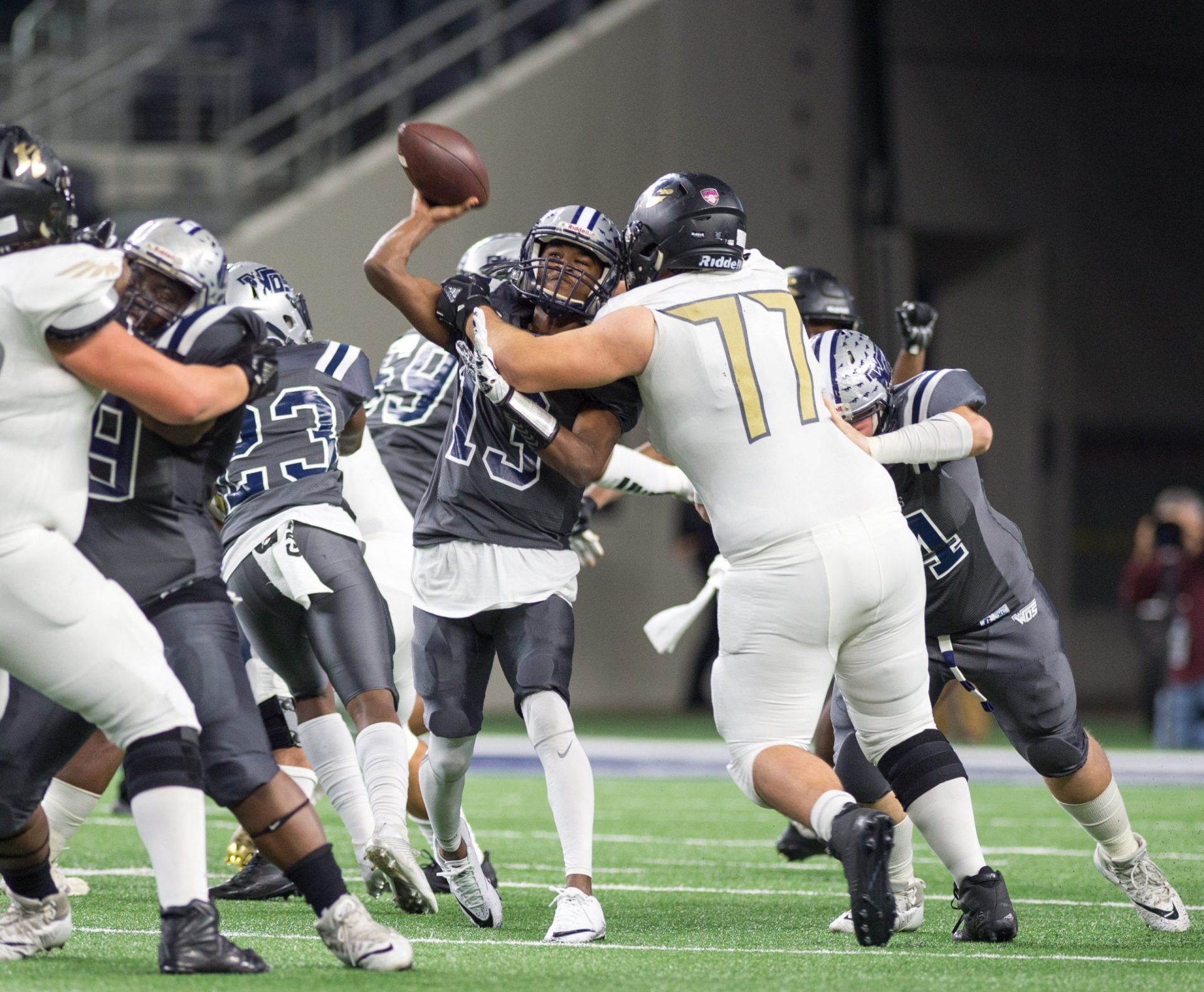 Texas high school football is finally in sight. The UIL announced on Tuesday morning that while 5A and 6A schools would be forced to delay their seasons by a month, the other four conferences will be allowed to begin their seasons on time with practices starting on August 3rd and the first games scheduled for August 27th.

This is a big announcement as 5A and 6A schools make up just over 80% of the high school student population in the state of Texas. However, the logic behind this schedule is that smaller schools located in smaller communities will have less risk of community spread of COVID-19, making it theoretically safer for high school football seasons to begin in those communities.

“It is a huge relief to hear this news. We were all hoping that we wouldn’t have the season delayed,” said Jeff Jones, the head coach of Garden City, a 1A school in west-central Texas. “Our kids and community have been very safe through this time, and we were getting really nervous when we saw some large school districts delay their start time. Our community loves their Friday Night Lights, so I know they are all excited about this news as well.”

“I was extremely excited to see the UIL’s plan today and I applaud them for their efforts,” Gibson said. “Our kids and coaches were extremely excited when the news broke today! We are blessed to get a full season, and this is one step closer to normalcy.”

The UIL’s announcement means that schools in conferences 1A through 4A will be able to proceed with their preparation for the season as planned.

“For the smaller districts like ours, [the] UIL has given us some normalcy.  By allowing us to start football and volleyball August 3rd, we don’t have to change up our routines or recreate the wheel,” said Chad Graves, the head coach of 3A Palacios, located on the Gulf Coast. “We can focus on player safety and make sure we are following all of the UIL procedures and guidelines… I know our coaches and players are ready to get back to the day-to-day grind.  By [the] UIL releasing this today, we can solidify our plans and get it out to our community.”

One thing to note is that the decision isn’t foolproof. There are six 4A schools and a 3A school with football in Dallas ISD, eight 4A schools in Houston ISD, and five 4A schools and two 3A schools in El Paso County. With Dallas County and El Paso County not allowing in-person instruction until after Labor Day and Houston ISD planning to be online through October 16th, it appears as if these teams, and others who are limited by city and county health orders, may not be allowed to start on time with the other schools in their districts.

Furthermore, coaches and teams will have to acknowledge that this is a fluid situation and the continuation of the season will likely depend on what the transmission rate of COVID-19 is throughout the state and in local communities.

“There is always the threat of things getting shut down again, but we can only control ourselves,” Jones said. “And I know we will do everything right and do our part to make sure we keep the season alive.”

If the season goes on without stoppages, the 1A through 4A schools will get a one month head start on their counterparts at the 5A and 6A level, while they will also have their own championship weekend on December 16-19th. The 5A and 6A championship weekend is planned for mid-January, but does not have an exact date listed yet likely due to the possibility of a Dallas Cowboy playoff appearance.

“I think we could pick up a little more media coverage early on, but I don’t think one month will make a huge difference for recruiting,” Gibson said when asked about the impact of the staggered schedule.

He was thrilled though by the prospect of having two different state championship weekends.

“The championships being split at two different times just means more football for our fans.  I love it,” Gibson said.

It is sure to be an unprecedented season as adjustments continue to be made for football to be played safely during the COVID-19 pandemic.

However, for schools across the state there are now dates on the season opener for coaches and players to begin working towards. For 1A through 4A schools and their fans, the countdown can begin. The first Texas high school football games are just over five weeks away and the clock is ticking.