And that means it’s time to take a closer look at all those brackets. Here are 10 bold predictions for the 6A and 5A postseason.

There are some very dangerous teams like The Woodlands and Round Rock Cedar Ridge in Region II in the 6A-DI bracket, but I like Coppell to advance out. The Cowboys are 9-1 on the season, with their only loss coming by 12 points to state title favorite Allen early in the season.

Coppell has improved since then, and the offense is firing on all cylinders. Do-it-all playmaker Jonathan McGill is an X-Factor on both sides of the ball and gives Coppell that extra boost teams need in the postseason.

2. Keep an eye on Houston Lamar

Sticking with 6A DI, a lot of experts see Fort Bend Ridge Point advancing to the state quarterfinals before bowing out to Katy. However, I have a different team making it to the fourth round out of Region III. Houston Lamar is loaded with talented playmakers on both sides of the ball and has come a long way since its season opening loss to Klein Collins.

The Texans feature a pair of the country’s top defensive backs in Anthony Cook and D’shawn Jamison as well as offensive stars like TCU commit Ta’Zhawn Henry and Texas pledge Al’vonte Woodard.

6A-DII, as a whole, is wide open. You have a lot of talented teams but no clear-cut favorite. And that means anyone can make a run. One team that could prose a major threat is Mansfield. The Tigers suffered an early season loss to a non-playoff team in Flower Mound Marcus, and it seemed like people forgot about them. However, the Tigers have been strong in the playoffs over the last few years and have one of the best defenses in the state. In fact, Mansfield has allowed fewer than 17 points in each game during its six-game win streak. I have the Tigers in the quarterfinals.

Perhaps the most wide-open region in the bracket is Region II. With Richmond George Ranch being down this year, the road doesn’t really run through anybody. Cy-Fair is a popular pick after winning an ultra competitive 17-6A, but give me Fort Bend Bush to advance out of this side of the bracket.

The Broncos’ lone loss of the year came to a tough Fort Bend Ridge Point team, and their defense has been strong, especially in the secondary. Juniors Erick Young and Jamal Morris have been shutting down opposing passing games all year long.

It’s not a sexy pick, but I have Spring Westfield not only advancing out of Region II but also winning the entire thing. Why? The answer is simple — defense. The Mustangs have been sensational on the defensive side of the ball this year, giving up just 8.2 points per game. Westfield is especially tough up front with Texas defensive tackle commit Keondre Coburn leading the way. The Mustangs also have enough firepower on offense with guys like quarterback Terrance Gipson and running back Rayshawn James.

Mesquite Poteet needed a win over West Mesquite in the final week of the regular season to even advance to the playoffs. But now that the Pirates are in, they have a chance to make some serious noise. Marshall has been on a hot streak as of late, but this is a winnable game for the Pirates.

Looking ahead, potential matchups against Frisco Wakeland and Mansfield Lake Ridge appear favorable. Led by talented sophomore running back Seth McGowan, who missed a large part of the season due to injury, Poteet has the makings of a Cinderella story in 5A DI Region II. I have the Pirates in the quarterfinals.

Both Angleton and Cedar Park have great chances to make the state semifinals. But the overall consensus seems to be that Cedar Park will get to the title game. I actually have Angleton advancing.

Cedar Park’s defense has a lot of hype and rightfully so. But keep this in mind, Angleton’s defense is giving up a mere 3.8 points per game — the best in the state regardless of classification. The Wildcats have also have a two-headed monster in the backfield in SMU commit TaMerik Williams and Texas pledge BJ Foster, who is recovering from an MCL sprain but should be back for the third round.

So Class 5A DII Region III is insane. There is no favorite here and literally — yes, literally — any team can make a run to the semifinals. In fact, I have two teams meeting in the quarterfinals that you probably don’t. My first pick is Port Neches-Groves.

The Indians are coming off a regular season loss to rival Nederland, but I believe that’s the motivation they need to make a deep run. Texas quarterback commit Roschon Johnson has been unstoppable as a junior and he’ll be a big reason why.

Fort Bend Marshall is my other team. The Buffaloes have a strong offensive line anchored by Texas A&M commit Barton Clement and one of the most explosive athletes in the state in Jabari James, a Texas Tech pledge. I have Fort Bend Marshall advancing out.

This isn’t exactly too bold of a prediction, but if you are looking for a sleeper team to make the elite eight of you 5A DII bracket, look no further than Austin McCallum. The Knights have an undefeated record and a pretty manageable road to the quarterfinals and McCallum has been one of the most dominant teams in the state over the last five weeks, winning by an average of 60-4.

I have two second-year programs advancing past the first round in Haslet Eaton and Frisco Reedy. Coaching staffs at both schools have done a phenomenal job getting their programs playoff ready in such a short time period.

I have Reedy getting past Lake Dallas before falling to North Forney in the second round, while I have Eaton topping Sherman before bowing out valiantly in the next round against Colleyville Heritage.

Bi-District Games to Watch in DFW

Fantasy Football Focus: How To Set Your Week 11 Lineup For Success, Plus HS Football Playoff Primer 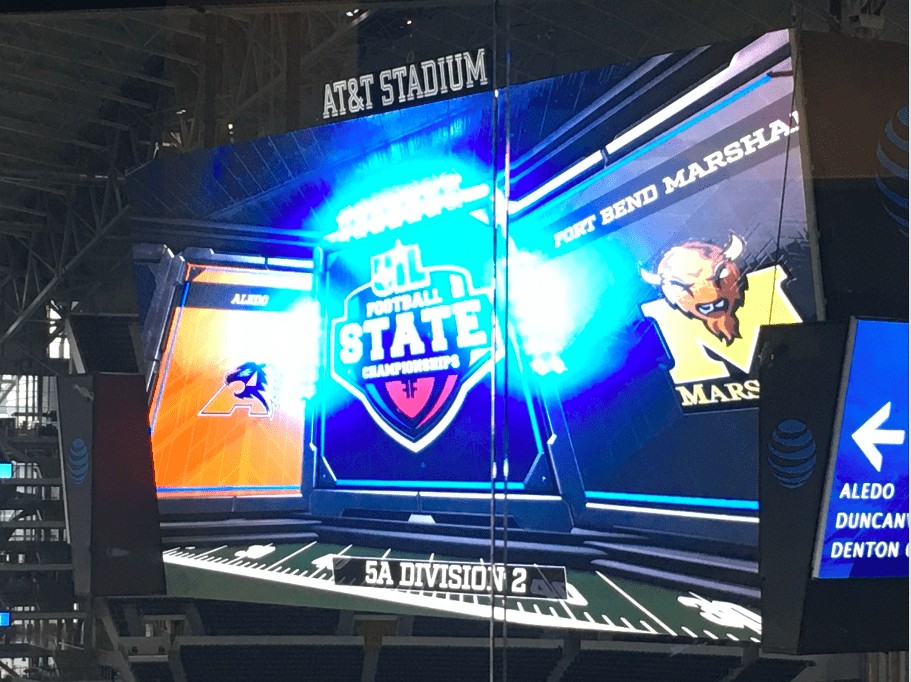 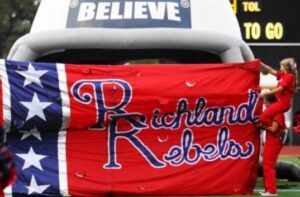