We asked our followers on social media to nominate kickers that they thought had the best season in 2020.  We took the top 20 most nominated and created a fan vote poll to pick the best kicker of 2020.

Edgar Salazr of Canadian took the early lead the first day of voting, but then Brendan Hall of Springtown moved into first.  However, Trevor Helburg took the lead on day three and held it to the end of the voting. 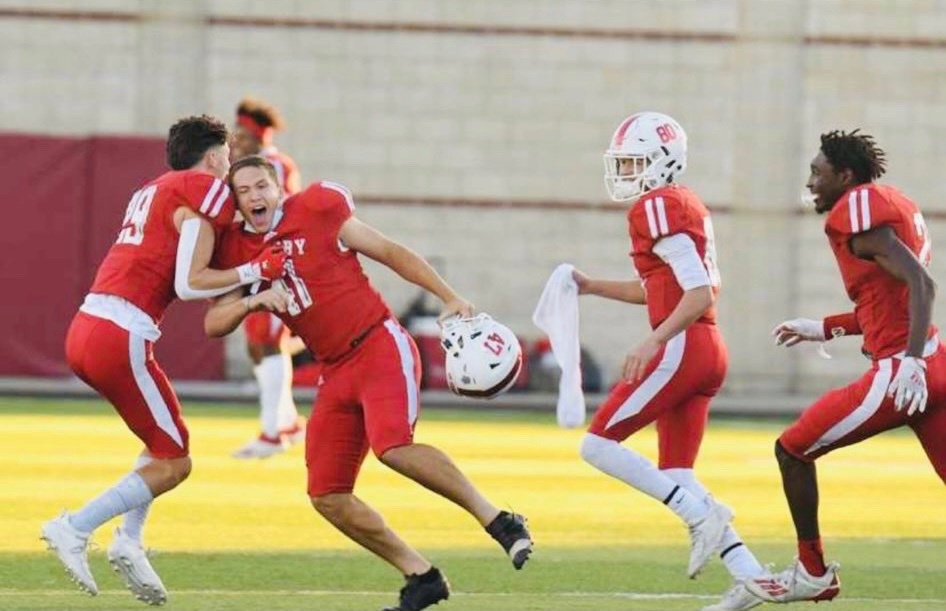 Helburg kicked in 15 games this year.  He was 71 of 78 on extra points and 16 of 18 on field-goal attempts.   His 16 field goals were number one in the state. He scored a total of 119 points this year, which was the second-most by a kicker in Texas this year behind Edgar Salazr.  The highlight of the season for Helburg was perhaps the kick of the year, a 35-yard game-winning kick in overtime to win the Class 5A Division II Region III semifinal, 32-29, over Huntsville.  His best game came on November 20th against Port Neches-Groves in which he was 5 for 5 on extra points and 4 for 4 on field goals, with a long of 42-yards.

Here were the final vote results:

Who was the best kicker in Texas HS Football in 2020?