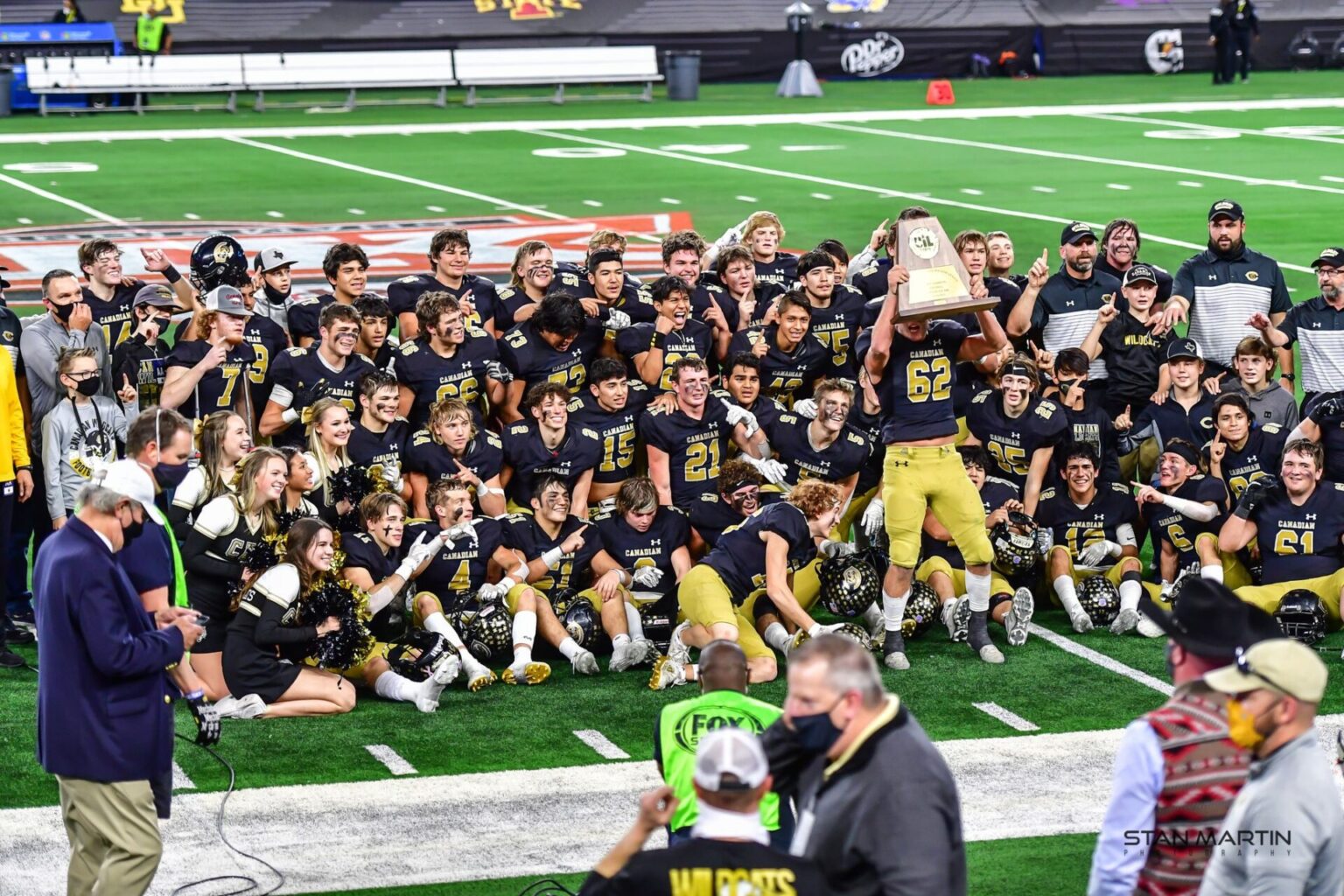 Canadian has made a habit out of making the state title game with four appearances in the last seven seasons. Last year, the Wildcats brought home their fifth state title and first since 2015 as Josh Culwell found Reagan Cochran for a 52-yard score with just 30 seconds left to boost Canadian to a wild 35-34 victory over Franklin in the 3A Division II State Title Game.

After an early road bump when Iowa Park edged them 28-21 in week two, the Wildcats went on a tear. Canadian won its next 12 games by an average of 49 points, including a 33-6 win over Gunter in the state semifinals, to punch its ticket in the state title game against Franklin. It was another impressive season for Canadian which finished 15-1, its seventh straight season with at least 12 victories.

Spearman, W (Forefit due to COVID-19)

The Wildcats graduated a lot of talent, so any returning experience is going to be greatly valued. Luckily for Canadian, Krehbiel can provide it on both sides of the ball. He earned first team all-district honors at linebacker last year after totaling 93 tackles, including 13 for a loss, while offensively, he caught 20 passes for 311 yards and six touchdowns as a running back and receiver.

Canadian must replace a very talented senior class that had 11 players earn all-district honors, several on both sides of the ball. The offense has a lot of gaps as its quarterback, leading rusher, and three leading receivers all graduated. Krehbiel is back as is Luke Flowers (211 rushing yards and 242 receiving yards), who saw some touches as a freshman last year. Up front, the return of second team all-district offensive lineman Fernando Perez will be a welcome piece of stability. Defensively, Krehbiel will be joined by senior Angel Garcia (84 total tackles, including 19 for loss) at linebacker, while Jed Davina (40 total tackles) will be a key cog on the defensive line after earning second team all-district honors in 2020.

The non-district schedule is nearly identical to last year’s, so the Wildcats will get a chance for revenge against Iowa Park (Sept. 3). The district opener at Spearman (Oct. 1) will serve as a litmus test for where a reloading Canadian teams stands.