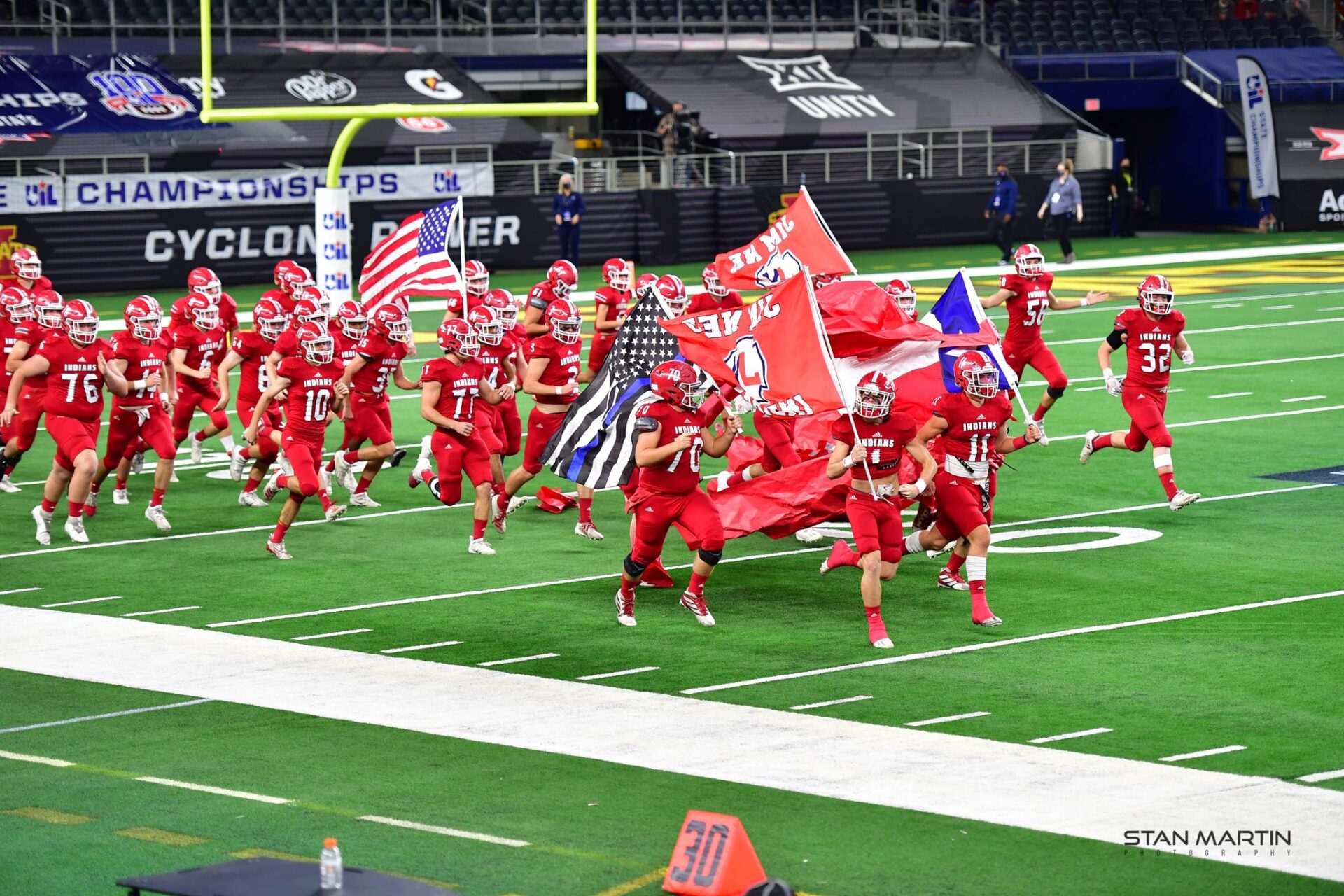 Class: 3A Division I

District: 3-3A Division I

2020 was a historic season for Jim Ned as the Indians brought home their first ever state title in a thrilling 29-28 overtime victory against Hallettsville in the 3A Division I State Title Game. The Indians have 11 players back this season that earned all-district honors, so expect them to be one of the teams to beat once again in 3A Division I football. 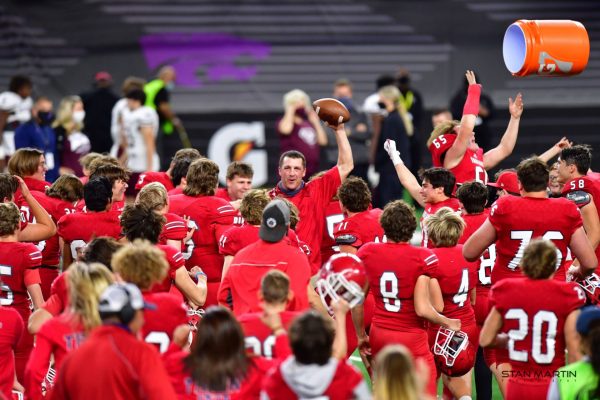 The 2020 season didn’t get off to an ideal start for the Indians as they fell 20-14 to Ballinger in their season opener. However, they quickly turned things around as they won their remaining eight regular season games, averaging 45 points per game in those contests. In the playoffs, the Indians held off Paradise in a tricky bi-district encounter before stunning state title favorite Brock 19-16 in the regional semifinals. That upset helped fuel a run to the state title game where Indians quarterback Tate Yardley found receiver Zach Henderson on a fade for a two-point conversion in overtime to seal Jim Ned’s first ever state title. 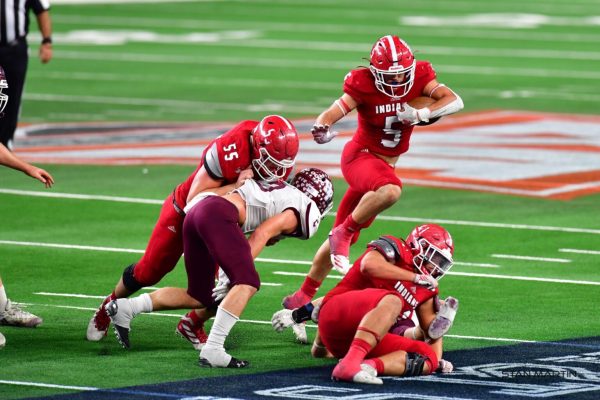 If you watch any Jim Ned football this year, expect to hear Xavier Wishert’s name. A lot. He rushed for 2,330 yards and 33 touchdowns offensively, while leading the Indians with 109 total tackles from his linebacker position on defense in 2020. Expect him to be the center piece of this Jim Ned team as they go for two state titles in a row.

In addition to Wishert, quarterback Tate Yardley (1,904 passing yards and 19 touchdowns) and second leading receiver Braden Lewis (461 receiving yards and 4 touchdowns) also return for their senior years. With Offensive Newcomer of the Year Gage Stanaland and first team all-district selections Gatlyn Cooper, Connor Fitzgerald, and Nate Nunez all back on the offensive line, expect the Jim Ned offense to be just as good this year. On the other side of the ball, Wishert and the district’s Defensive Newcomer of the Year Tanner Hussman (103 total tackles) will lead the Indians’ defense from their linebacker positions, while second team all-district safety Troy Doran (78 total tackles and an interception) returns on the backend.

Jim Ned will get a second chance at Ballinger (Aug. 27) to open the season before hosting a talented 4A Sweetwater (Sept. 3) team. Its showdown at Wall (Oct. 15) could be the game to watch in district play.