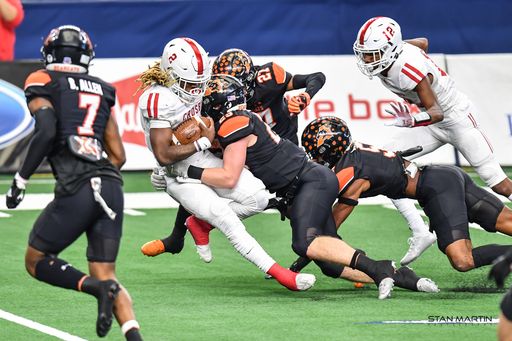 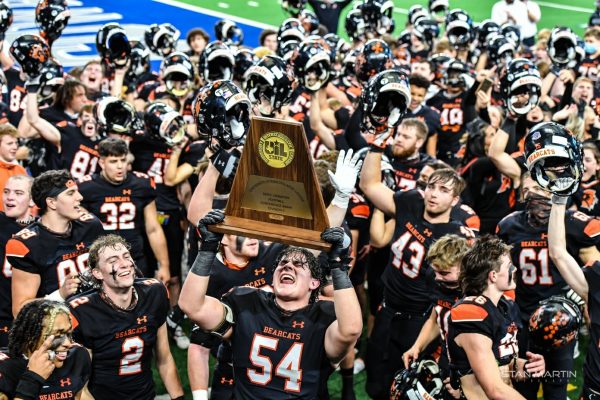 Death, taxes, and Aledo making the state title game. The Bearcats made their tenth title game in the past 12 years in 2020 as they went on to defeat Crosby 56-21 behind senior running back DeMarco Roberts’ 254-yard, six-touchdown performance. It was the third-straight title for the Bearcats and their 10th overall title, a Texas high school football record.

Aledo faced a couple of early bumps in 2020 as it barely survived Frisco Lone Star, 34-32, in week two before being defeated by Cedar Hill 27-17 in its third game However, the Bearcats quickly recovered in district play as their offense hit its stride, averaging 47 points per game in their five victories. They breezed through the first couple rounds of playoffs until the regional finals when they found themselves down 38-28 to Lucas Lovejoy heading into the fourth quarter. However, a big fourth quarter allowed the Bearcats to escape 52-48. From there, Aledo took care of Wichita Falls Rider in the state semifinals before pulling away from Crosby for the state title. 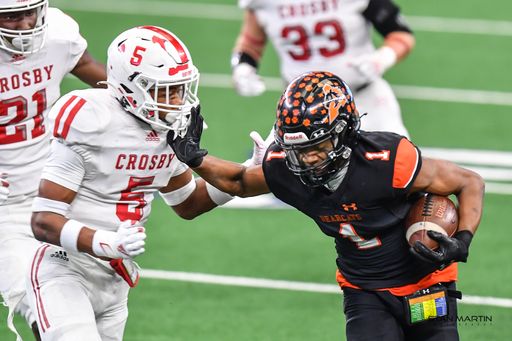 A Texas commit, he was named as the 5A Defensive Player of the Year by the Texas Sportswriter Association in 2020. He finished with 67 tackles and two interceptions. His athleticism from his safety position, showcased by his elite speed running track for the Bearcats, will make him a key piece of the Aledo defense in 2021.

Aledo’s offense has some reloading to do after graduating its top receiver and running back but that is nothing new for the Bearcats. Quarterback Brayden Fowler-Nicolosi, a Nevada commit, returns after stepping into the starting role midway through last season. He’ll have reliable target and Oklahoma commit tight end Jason Llewellyn (453 receiving yards, 5 TDs) as well as speedy senior receiver Brian Fleming Jr. to help lead the passing attack. Defensively, Allen and his sophomore brother Jaden will help anchor the secondary, while senior Kyle Thompson should be a threat off the defensive line after earning first team all-district honors a year ago.

The toughest game on Aledo’s schedule will likely be its trip to Frisco Lone Star (Sept. 2) in week two after the Bearcats came away with a 34-32 victory a year ago. In district play, its showdown against Mansfield Timberview (Oct. 15) will be the game to watch in 5-5A Division II.