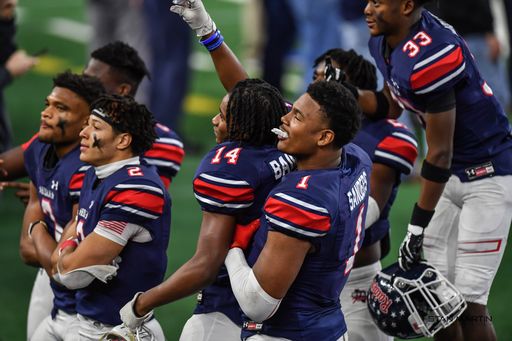 Class: 5A Division I

District: 5-5A Division I 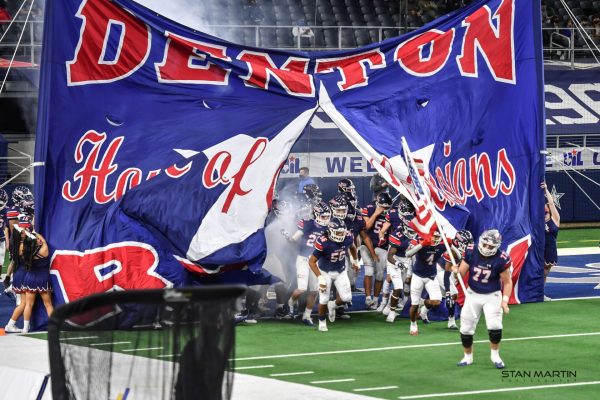 On the biggest stage of his career, Seth Henigan delivered. He threw for 270 yards and four touchdowns, while fellow senior Ke’ori Hicks added 128 rushing yards and two touchdowns on the ground as Ryan blew the doors off of Cedar Park 59-14 in the 2020 5A Division I State Title Game. It was Ryan’s third-ever state title and its first since 2002. 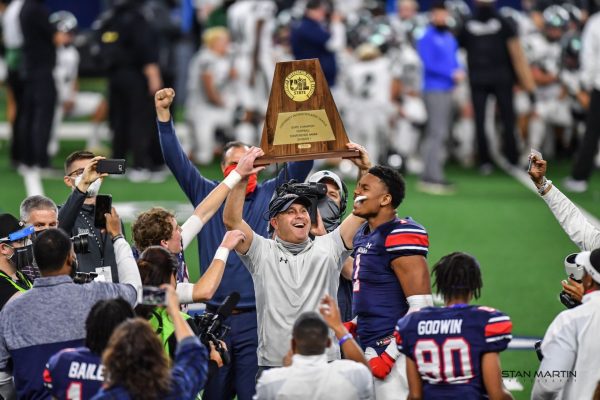 Ryan made a statement in non-district play a year ago as it knocked off top tier 6A opposition in its opening two games, defeating Arlington Martin and Denton Guyer. It followed that up with an impressive showing in district play where it won all seven games by at least two scores with an average margin of victory of 35 points. In the playoffs, Ryan dispatched three recent state champions (College Station, Longview, and Highland Park) in consecutive weeks before seeing off Mansfield Summit in the state semifinals to set up its decisive victory against Cedar Park in the state title game. 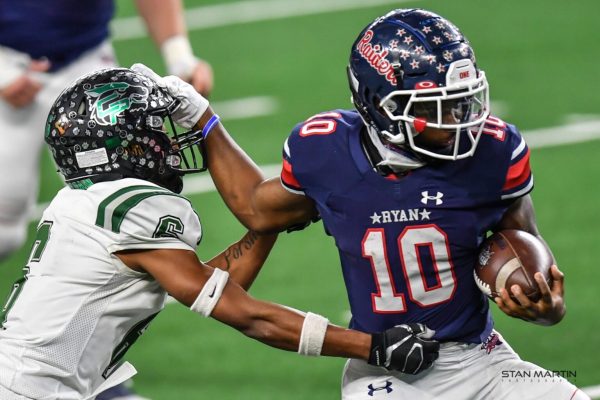 @ Frisco Reedy, Cancelled due to COVID-19

A 5-star linebacker, he had a huge season in 2020, earning the district’s Defensive Newcomer of the Year award as he racked up 105 total tackles, including 11 TFL. He brings plenty of physicality from his linebacker position and will be at the heart of the Ryan defense again this season. One of the most highly regarded Class of 2023 recruits in Texas, he already has 30 Division I offers.

The defense will be a strength yet again for the Raiders as Hill, 4-star cornerback Austin Jordan (2 INTs), defensive end Michael Gee (98 tackles) and powerful defensive tackle Mason Davis (78 tackles, 9 sacks) all return. Offensively, with Henigan graduating, signs point to promising junior Khalon Davis being handed the keys to the offense. He’ll have running back and fellow rising recruit junior Kalib Hicks (838 rushing yards and five touchdowns) alongside him in the backfield. At receiver, look for slot man Jordyn Bailey (510 receiving yards, 7 TDs) and Michael Davis, Mason’s twin brother, (333 receiving yards, 4 TDs) to step up after the top three Raiders receivers from 2020 graduated.

Yet again there will be no easing into district play for the Raiders as they open up the season against East Texas power Longview (Aug. 27) before squaring off against Denton Guyer (Sept. 3) in a crosstown showdown in week two. Ryan’s final district game at Lone Star (Nov. 5) could serve as its sternest test in district play.