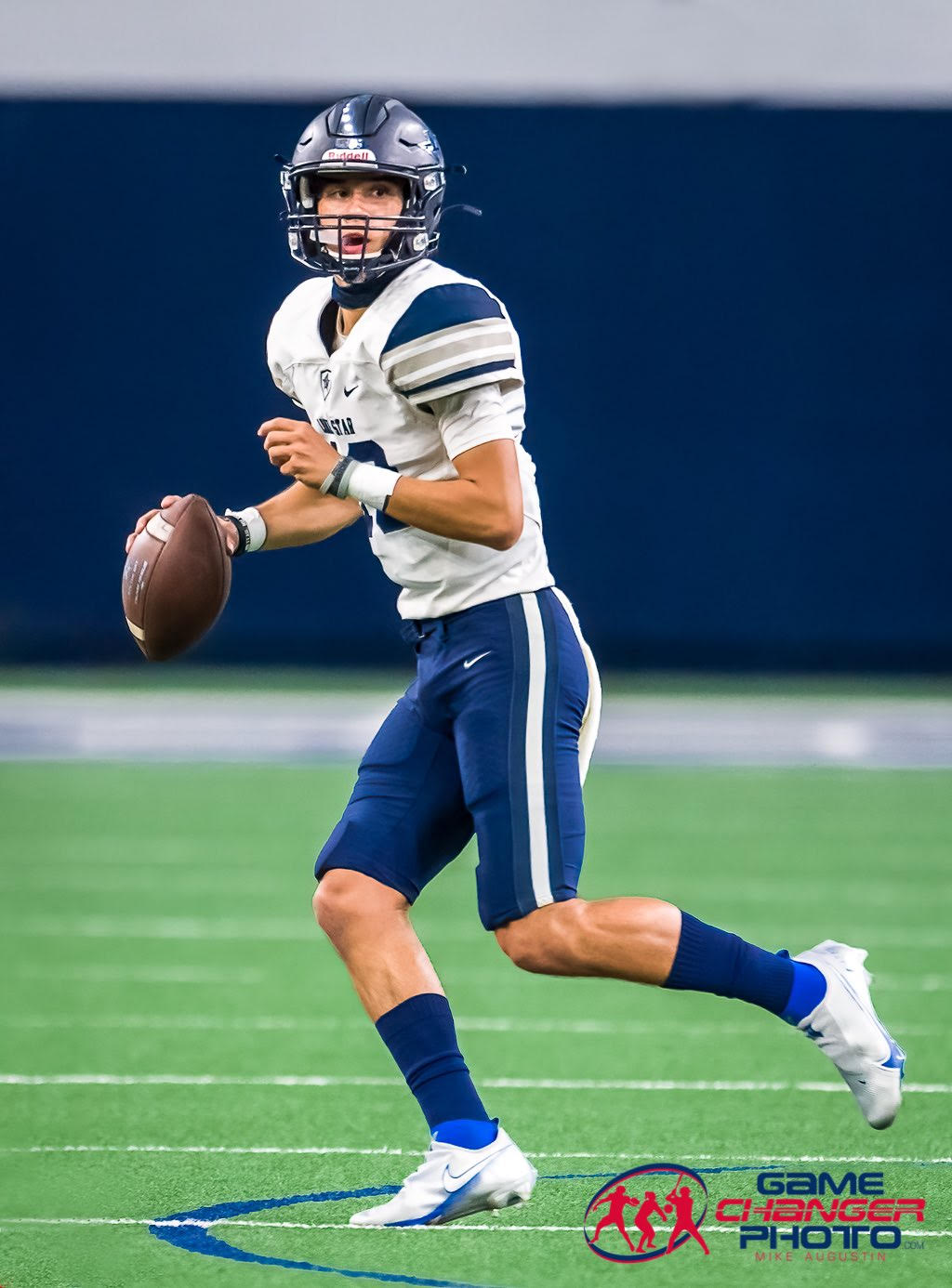 For Frisco Lone Star, making a deep playoff run has become commonplace. 2020
was no exception. After getting off to a suprisingly slow start with non-district
losses to north forney and aledo, the rangers rolled over five straight district
opponents. This set up a district championship game with state champion Denton
Ryan the last week of the regular season.

The Rangers lost to Ryan, but rebounded to win area, beating W.T. White and
Magnolia, before losing to Highland Park in the third round. Not the ending
they hoped for, but another nice run for Rayburn’s squad. It was the fourth
year in a row they went at least three rounds deep.

After two seasons of incredible production, this is it for QB Garret Rangel. The
Oklahoma State commit comes into the season with lofty expectations and a
new favorite target. Senior Ashton Jeanty (5’10, 200, 4.5) will move between
reiever and running back. Jeanty was almost impossible to cover at the state 7
on 7 tournament, where the Rangers finished in the final four. He currently has
twelve offers.

The offensive line will be led by senior Kyle Lofye (6’4, 290).
Key 2021 games include vs aledo, at Frisco Wakeland, and vs Denton Ryan

QB Garret Rangel is the favorite for MVP of the district. In his third season under
center, Rangel hopes this is the year he can lead the rangers to a state
championship. Rangel threw 27 touchdown passes last season, as he adjusted to
life without current ou standout marvin mims. With a strong group of skill
players surrounding him, Rangel should put up over 4,000 yards this year before
taking his talents to Stillwater.

CLICK HERE to see the Player Spotlight Interview with Garret