5 Things To Watch For On National Signing Day 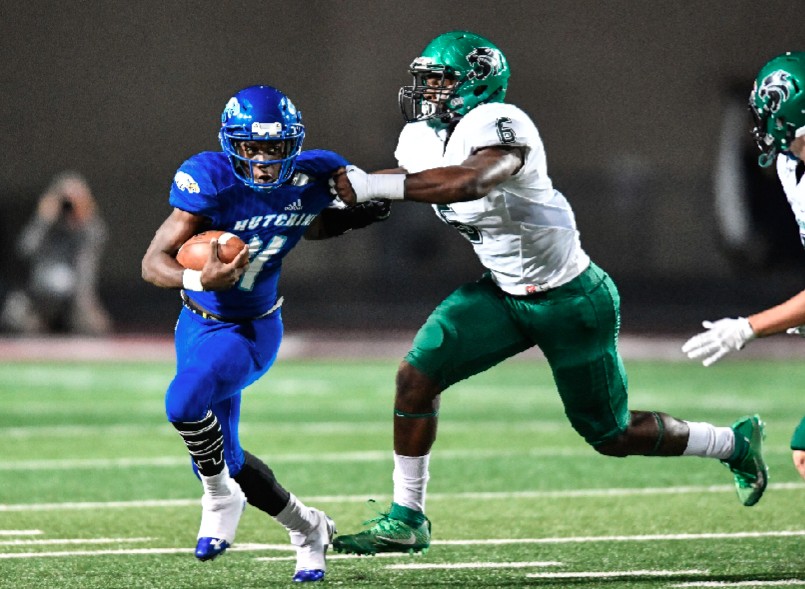 1. Where Will K’Lavon Chaisson End Up?

The North Shore star will decide between Texas, LSU, and Florida on National Signing Day, and the school that he chooses will be getting an absolutely dominant pass rusher.

Chaisson just blows by blockers, defeating them with absolutely ridiculous quickness. He’s easily one of the best pass rushers nation-wide, and whichever school picks him up will be instantly better, as he has the talent to play as a true freshman.

2. Can Baylor And Matt Rhule Keep Up The Ridiculous Recruiting Pace?

As of November 2016, Baylor only had one recruit in the class of 2017. With National Signing Day closing in quickly, and the weight of a despicable scandal looming over the program, it didn’t look like the Bears would be back on top anytime soon.

Then, Matt Rhule happened, and everyone in the state was forced to take notice after he pulled off one commit after the other.

It very quickly became a question of of when Rhule and the rest of his staff were going to snag recruits from under the noses of other programs, not if. Heck, they even got a recruit from New Jersey, one who had lots of offers from schools closer to home. What Rhule has done in such a short time has been nothing less than miraculous, and he might not be done yet.

3. Everyone Who Hasn’t Seen How Ohio State Has Plundered Texas Will Get Their Buckeye Fill.

It’s not a surprise that teams from outside Texas get Texas recruits – it’s been the norm for what feels like forever. Texas talent is top notch and highly coveted around the nation. The only thing that will shock some people new to recruiting is how well Ohio State did in Texas this year.

The Buckeyes got 5 star cornerback Jeffery Okudah from South Grand Prairie. They got 5 star linebacker Baron Browning from Kennedale. They picked up 4 star running back JK Dobbins from La Grange as well. They recently picked up Elijah Gardiner from Kemp.

Of the top ten recruits from Texas, Ohio State has secured commitments from three, with a chance to snag Marvin Wilson, the #1 player in Texas as well.

4. The Entire State Will See How Well UTSA Did.

I mean seriously, look at this haul. That’s impressive for a non-Power 5 school, especially pulling in guys like Samuel Barnes in the waning hours of recruiting. The amount of talent from Texas that the Roadrunners have been able to snatch from the bigger schools in Texas has been astounding, and we’re likely to see big headlines from the already committed young men.

It’s pretty widely known that Texas was in heavy on K’Lavon Chaisson, whose National Signing Day commitment will be the biggest commitment in the state outside of Marvin Wilson’s. However, there’s another guy that could instantly improve the Longhorns: Stephan Zabie out of Austin Westlake.

Texas only has one current offensive line commitment in the 2017 class, but landing Zabie could ease that blow a little. Herman’s work has flown under the radar with the shock at how well Matt Rhule and Baylor are doing, but landing those two in-state prospects would go a long way down on the 40 Acres.