5A Division I Area Round Preview: Flour Bluff vs. Eagle Pass Winn 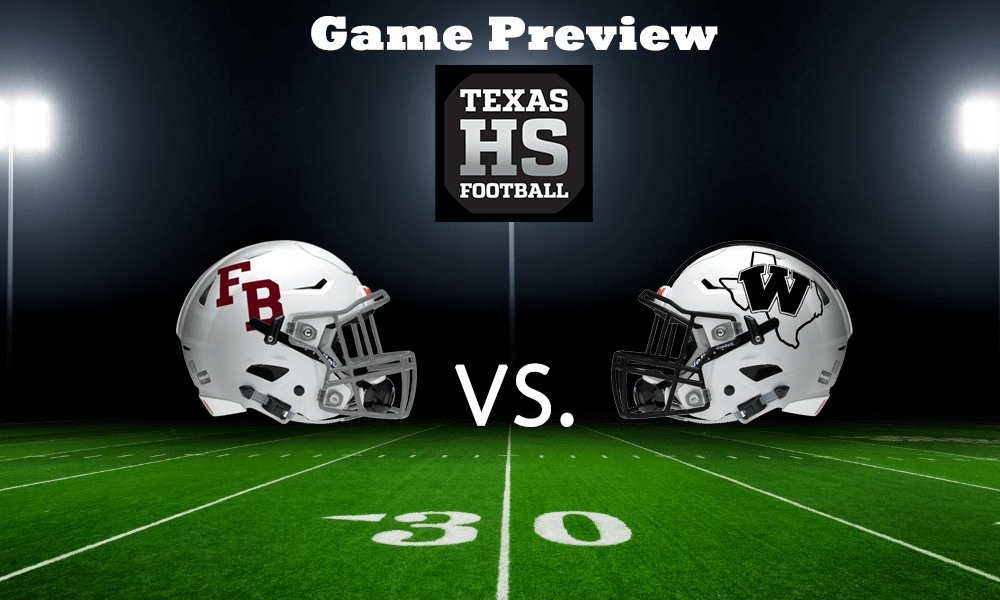 Flour Bluff (9-2) and Eagle Pass Winn (6-5) will square off on Thursday night at Heroes Stadium in San Antonio for a spot in the 5A Division I regional semifinals.

Winn was eliminated in the area round last year by Victoria West, while Flour Bluff is looking to advance to the third round of the playoffs for the third time in four years.

Here is what to watch for on Thursday night.

The Mavericks have already caused one upset by dumping District 13-5A Division I champion San Antonio Highlands out of the playoffs last week. They will likely need a big game from junior running back Jeremiah Robinson (164 rushing yards, two touchdowns last week) if they are to pull off another upset on Thursday.

If they do go through the air, Alan Roli Jimenez has been the most popular target this season with 17 catches for 96 yards.

On the other side of the ball, the defense has been the strength for this Maverick team as they only allow 18 points per game.

Sophomore linebacker Jaime Barrientos has been a key player, while Santiago Garcia is a player to watch at defensive end.

Flour Bluff has been impressive this season with an average margin of victory of 31.9 points in its nine wins. Its quarterback Nash Villegas, a Texas A&M Corpus Christi baseball commit, has been the facilitator of the offense with 2,026 passing yards, 507 rushing yards and 32 total touchdowns on the season.

They have some talented linemen up front to run behind as Virginia Tech commit Johnny Dickson and rising prospect Dylan Shaw, who has offers from Texas Tech and UTSA, anchor the offensive line.

Out at receiver, Villegas’ two favorite targets on the season have been Isaac McElroy (34 catches for 598 yards) and Wyatt Elwood (40 catches for 596 yards).

On the other side of the ball, the Hornet defense has been just as strong as Winn’s defense. They allow just 13.5 points per game and forced three turnovers against Rowe last week.

In the secondary, Elwood rose to the occasion against Rowe, securing his first two interceptions of the season.

Up front, seniors Jacob Rose and Gabriel Varela are two of the leaders on the defensive line, while linebacker Ben Escamilla is another key senior and a player to keep an eye on in the middle of the field.

Flour Bluff is a heavy favorite thanks to its explosive offense that has propelled it to several blowouts this season.

However, with the stingy nature of both defenses, any points scored at Heroes Stadium on Thursday will be hard earned.

Winn’s path to victory will likely include controlling the clock with its run-heavy offense because any sort of offensive shootout will tilt the odds heavily in Flour Bluff’s favor.

We’ll have coverage live from Heroes Stadium tomorrow at 7:00 so make sure to check Twitter for updates on this 5A Division I Area Round showdown.