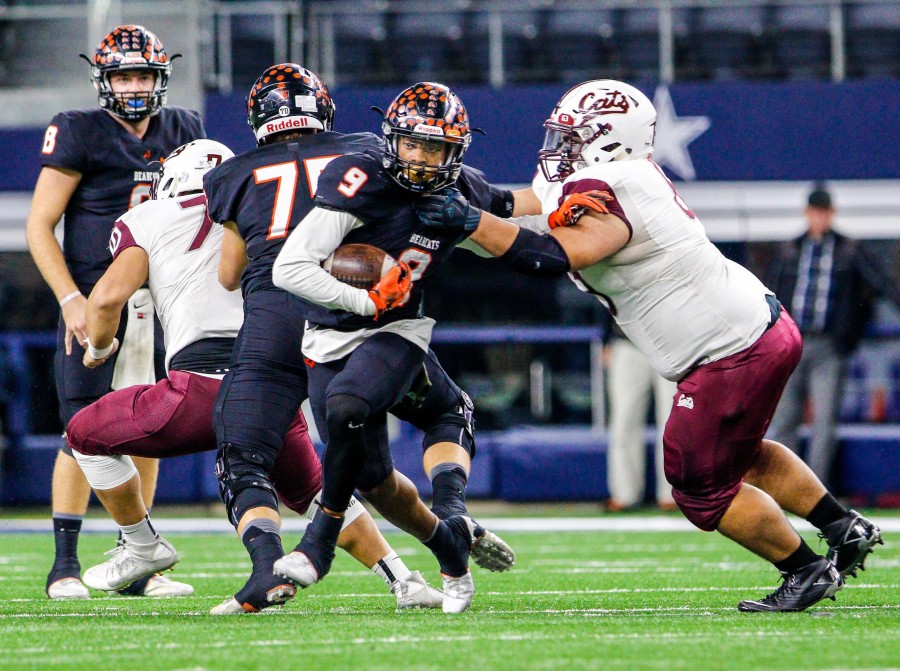 We’ve talked a lot abut Baylor’s recruiting, about how they’re pushing the state of Texas, and about how they’ve gotten a foothold on the high school football landscape by hiring coaches from the area. They’ve literally done everything the right way, at least in starting. That’s been continued by the most recent offer, one that’s been sent out to Jase McClellan of Aledo, who is only a freshman this year.

Blessed to say that I have received my 2nd offer from Baylor University #SicEm 🐻💚 @simplyCoachO pic.twitter.com/aaG67lvXWz

McClellan has wasted no time making an impact for the Bearcats, and was thrust onto the statewide scene following one of the most incredible runs of the 2016 season.

He’ll be a sophomore as Aledo begins its title defense, and the sky is the limit for the young running back, who still does not have his learner’s permit.