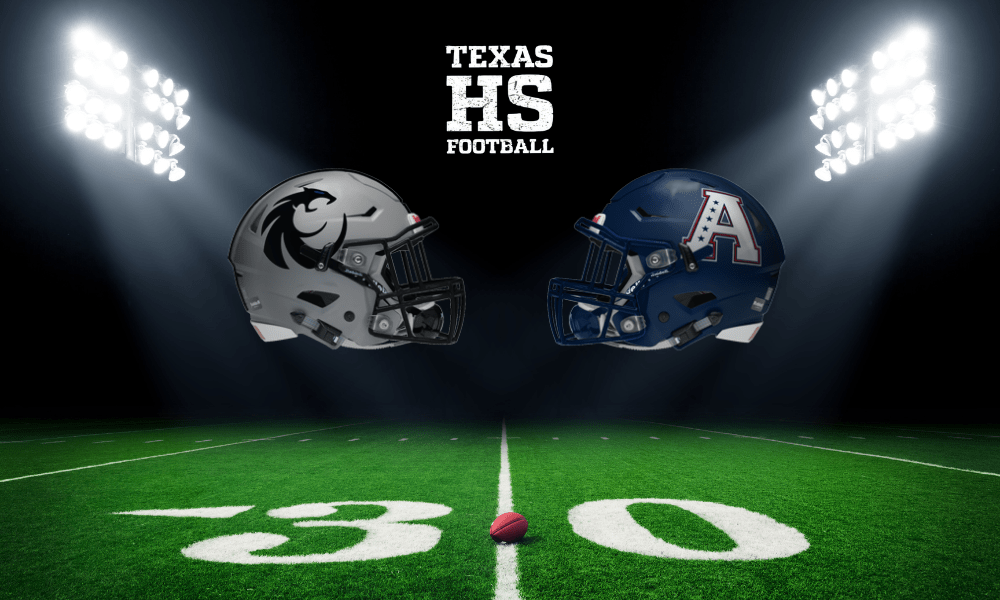 Something has to give.

QB Mike Hawkins leads the Eagle offense, as he has passed for 1061 yards, seven touchdowns, and 2 INTs.

Allen RB Jaylen Jenkins has rushed 911 yards and 14 touchdowns in six games and averages a whopping 11.1 yards per rush.

Hawkins’s favorite target is WR Jordyn Tyson. He has caught 40 passes for 628 yards and 4 touchdowns.

Jenkins rushed for 104 yards and two touchdowns, and Allen gained 349 yards on the ground in last season’s 56-38 win over Guyer.

On defense for the Eagles, DB Michael Momoh leads the team with 61 tackles and also has three tackles for loss and a fumble recovery.

The Wildcats of Denton Guyer rely on four-star quarterback Jackson Arnold, who has 1663 passing yards and 14 touchdowns, and three INTs. He is completing 64% of his passes.

According to 247sports, Arnold holds 14 scholarship offers, including 11 from Power 5 schools.

Guyer is looking for their first win against the Eagles. They are 0-5 dating back to 2014.