Can Cinco Ranch Get Their First Win Against Katy Since 2008? 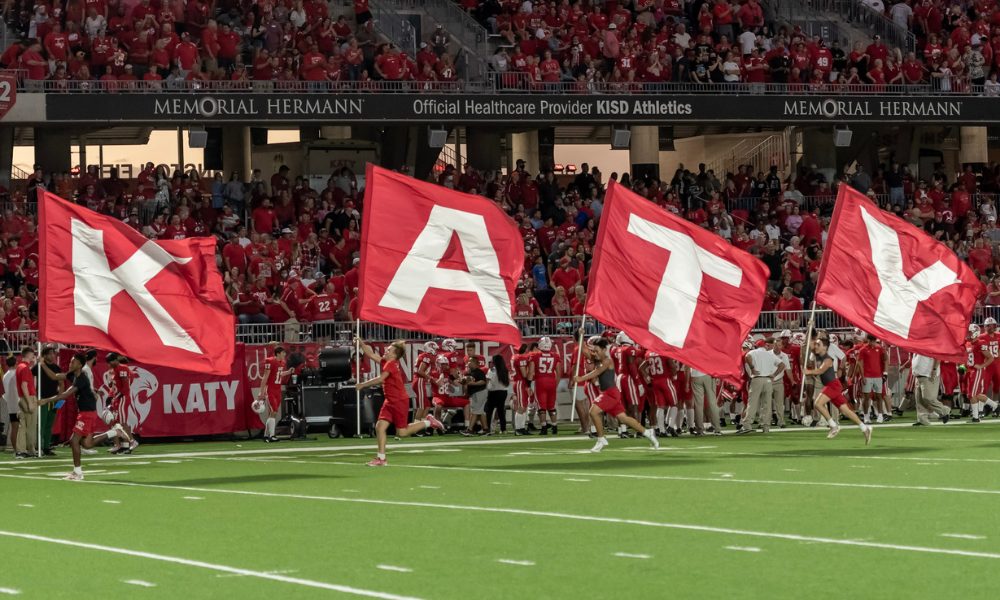 They are 1-16 against the Tigers and have been outscored 83-0 in the last two meetings against Katy.

The offense is led by QB Caleb Koger, who has passed for 993 yards and 14 touchdowns, and 5 INTs. He is completing 68% of his passes. 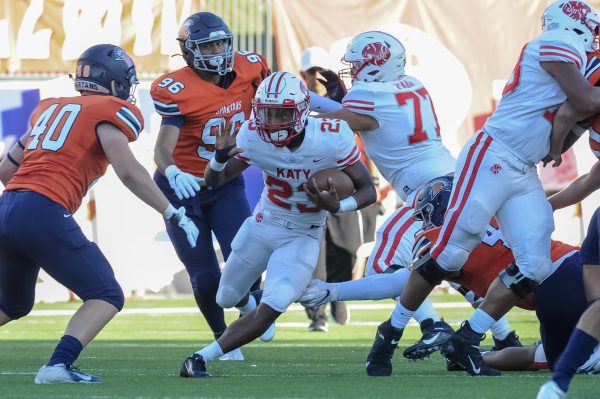 In the rushing department, RB Seth Davis is the leader. He has rushed for 1157 yards and 11 touchdowns, averaging 9 yards per carry. Last week against Mayde Creek, he rushed for 207 yards and 3 touchdowns.

The leading receiver is Antonio Silva, who has caught 20 passes for 387 yards and six touchdowns.

The Cougars are allowing 21 points per game on defense while scoring 32 per game on offense.

Offensively, the Cougars are led by QB Gavin Rutherford. He has passed for 1112 yards and 13 touchdowns, and zero INTs. He has also added four rushing touchdowns. In the Cougars’ last game vs Mayde Creek on September 30th, Rutherford had two passing TDs and two rushing TDs.

On the defensive side of the ball, Cinco Ranch is led by Kasey Murray. Murray has racked 51 tackles, 3 tackles for loss, 3 sacks, and 3 forced fumbles.

As a defensive unit, Cinco Ranch has made 457 tackles, 33 tackles for loss, 17 sacks, 5 INTs, recovered eight fumbles and forced 9 fumbles.

Does Cinco Ranch get their first win vs Katy since 2008?