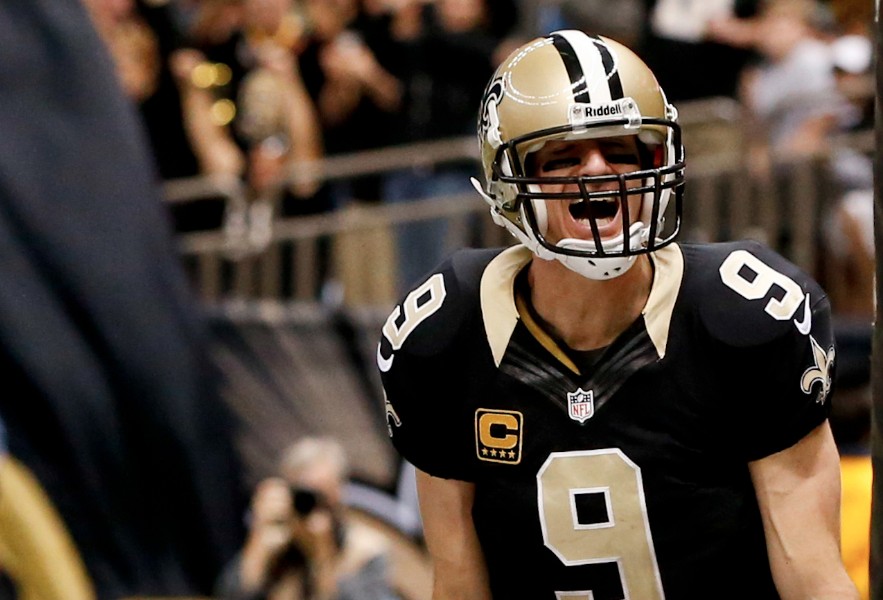 At 4-5, the New Orleans Saints sit just two games back of the Atlanta Falcons in the NFC South Division. Tonight’s Thursday Night Football game, on the road against the Carolina Panthers, is a “must win” if they want to keep their playoff hopes alive. It’s a game that the former Westlake grad, Drew Brees, has faced before only to see his squad come up short.

It’s a common theme that Saints fans have seen too many times in the nine years that he’s been their quarterback. When Brees is at home at the Mercedes-Benz Superdome he is one of the best at his position. However, venture out from the comfort of home and his stats go into the gutter.

Since coming onboard with the Saints in 2006 he’s had 196 touchdowns to 56 interceptions at home, compared to 119 TDs to 73 INTs on the road. Against his Week 11 opponent he’s had 3,369 passing yards with 27 touchdowns to nine interceptions playing the Panthers at home compared to just 2,551 yards and nine scores with nine picks when venturing to Carolina.

This season he’s already torched the Panthers defense at home, going off for 465 yards and four TDs.

Brees said in an interview with ESPN that when they play under the dome it helps their passing attack compared to playing outdoors where weather could play a factor. “So in our dome, home-field advantage [is reason] No. 1 [for the success of the passing game]. No. 2, fast track. OK, so those two things might attribute to that,” Brees said. “But I still feel like we can be just as effective on the road, on grass, wherever we play. I don’t stress that.” (ESPN)

Over the last five meetings between the Saints and Panthers when Brees is playing at Bank of America stadium, Carolina’s defense has been able to put an extreme amount of pressure on him. The offensive line has allowed a whopping 13 sacks; with 10 of those coming over their last two matchups there.

“You can’t let Drew Brees be Drew Brees. That’s a future Hall of Famer right there,” Boston said. “If you let him have all day and you let him toss the rock like he can, he’s going to do it like he can. You can’t allow that.” (Charlotte Observer)

The Saints still have a shot at the south division title as they still have one more shot against the Atlanta Falcons. A game that while away, it’s still in a dome, where Brees is most comfortable playing at. And, once they get into the post season, they have as good of a shot as anyone to get through the NFC and into to the Super Bowl which oh by the way, is played in a closed-in building at Houston’s NRG Stadium.

It just all starts tonight with the Saints getting over their road woes.