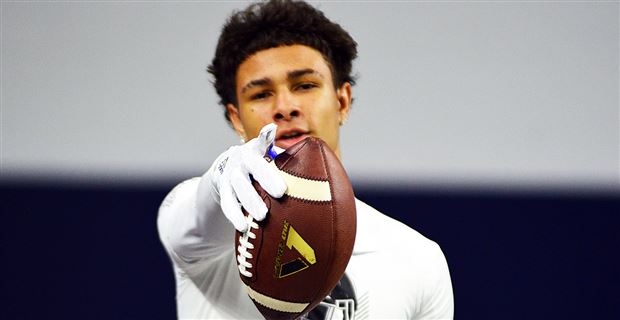 CARROLTON, Texas — Before an offer Friday from one of the Southeaster Conference’s most powerful dynasties, the University of Oklahoma had 2019 “hard commit” Trejan Bridges in its clutches.

Alabama, which jumped into a pool 24 hopefuls that included the likes of Arkansas, Baylor, Michigan State, Oregon, Southern Methodist University, Texas Tech and Texas A&M, could change that.

Extremely honored & blessed to announce that I’ve been offered by THE University Of Alabama! #RollTide 🐘 pic.twitter.com/kUhvVJXFsb

Bridges verbally committed to Oklahoma on Sept. 5, 2017. The tweet came the same day 247Sports reported that Crimson Tide Head Coach Nick Saban made a visit to the Carrolton Hebron four-star receiver. His timeline exploded after the announcement.

Bridges would be a big get for 2018 national champion Alabama, especially after the ascension of freshman strong-armed quarterback Tua Tagovailoa and starting wide receiver Calvin Ridley a first-round prospect in the April 26 NFL Draft. According to Westgate Sports Book’s odds the Crimson Tide have 8-5 odds to win a national title next year, followed by Clemson (6-1), Georgia (7-1) and Ohio State (8-1).

Those odds could continue into 2020 with the addition of Bridges, who could be paired with freshmen Jerry Judy and Henry Ruggs III, who combined for 483 yards and eight touchdowns in 14 games. Judy and Ruggs, however, hover around 6-foot. 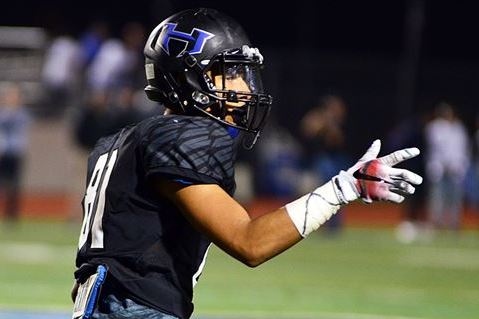 Bridges is a legitimate 6-foot-1, has a 184-pound frame, boasts top-end speed and a collegiate-level leaping ability and catch radius that allows him to out-jump or out-muscle smaller defenders.

He earned a place in 247Sports’ Composite Rankings as the No. 18 wideout in the Lone Star State and the No. 25 receiver in the country. Statistically speaking, Bridges led Hebron’s Hawks in both receiving yards (909) and touchdowns (13) and operated a kick and punt returner.

He increased his totals 25 and 30 percent from his sophomore year, when he finished the 2016 season with 233 yards and four TDs in four total games. Bridges has a final season in Hebron ahead of him before the 2018 early signing period in December or the regular period in February before he’ll have to make a decision on what shade of red — if any — he’ll choose.