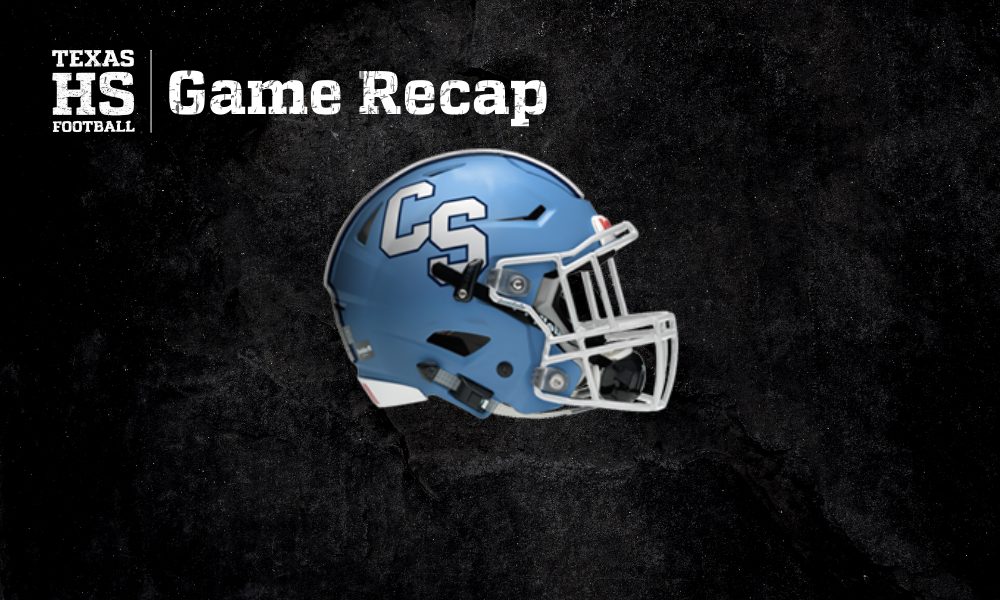 As usual for the Cougars, the strong defense held Madisonville to a three-and-out on their first drive.  China Spring’s first offensive drive started on their own 33.  Five plays and four passes later, WR Tre Hafford hauled in a 14-yard pass from QB Major Bowden to give the Cougars the 7-0 lead with 8:44 remaining in the first quarter.

The China Spring offense continued their regular season pace by scoring touchdowns on their first 5 drives.  The second drive was capped by a Bowden 26 yard run into the endzone.  The Cougar quarterback ended up with 76 yards on the ground on four carries, with two touchdowns.  Through the air, Bowden was 8-9 for 174 yards and two more touchdowns.

The big plays on the night came from the Player of the Game, Isaiah Williams.  The Cougars third drive of the game started on their own 8-yard line.  Williams was lined up in the backfield on the first play of the drive.  Bowden hits Williams in stride about 20 yards downfield.  Williams’ speed does the rest and he coasts into the endzone for the 92-yard touchdown reception.

Williams accounted for 213 yards of offense on the night.  77 yards on six carries on the ground and 136 yards on three receptions through the air.

The China Spring defense also looked no different from their dominating regular-season form.  LB Dawson Exline was in the backfield as much as the Mustangs running backs.  Exline had four tackles for loss and two sacks.

Next Up for China Spring

China Spring will take on the Sealy Tigers (8-3) in the Area round on Friday Nov 19 at 7pm.  The game will be played at Waco ISD Stadium in Waco.  This game is a rematch of last year’s Regional Semifinal matchup that China Spring won 31-13.  Sealy defeated Silsbee 21-19 in their Bi-District contest.