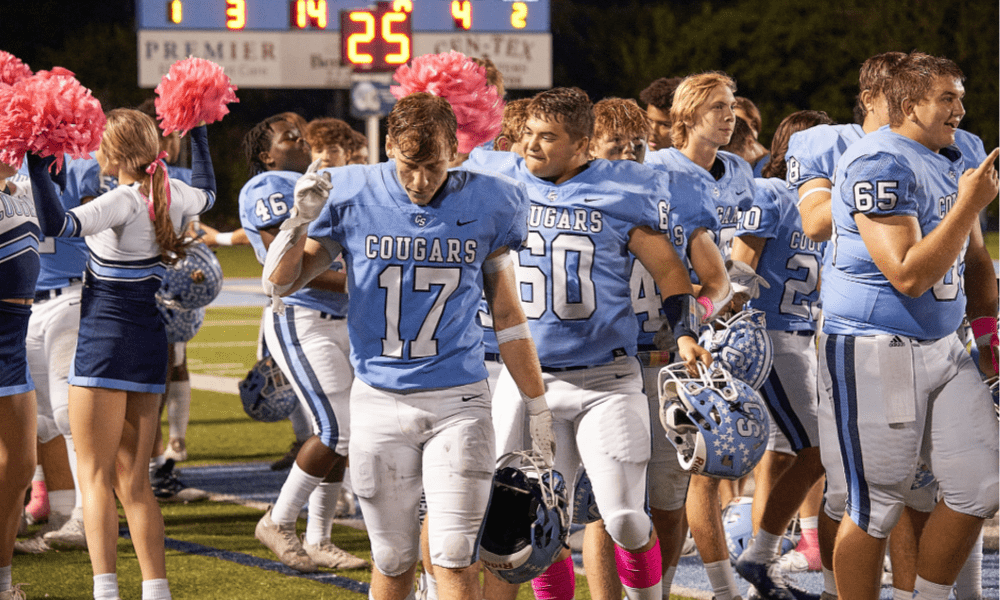 China Spring took care of Robinson by a score of 52-21 on Senior Night for the Cougars. China Spring exerted its will against Robinson on both sides of the ball to remain unbeaten at 9-0.

China Spring scored six offensive touchdowns in the first half. WR Tre Hafford capped the opening and longest drive of the night for the Cougars. Hafford scored from nine yards out on a pass from QB Major Bowden to finish out the seven-play, 54-yard drive.

Senior WR Sebastian Trevino hauled in a 21-yard touchdown pass from Bowden to cap the first of three, one-play drives for China Spring. Trevino ran a great route to the corner of the endzone and Bowden placed the ball just over the reach of the defender.

Both RB Kyle Barton and RB Isaiah Williams contributed two touchdowns each for the Cougars. Barton scored from three yards out in the first quarter. He then hauled in a pass and raced past all the Rocket defenders for an 88-yard touchdown reception. 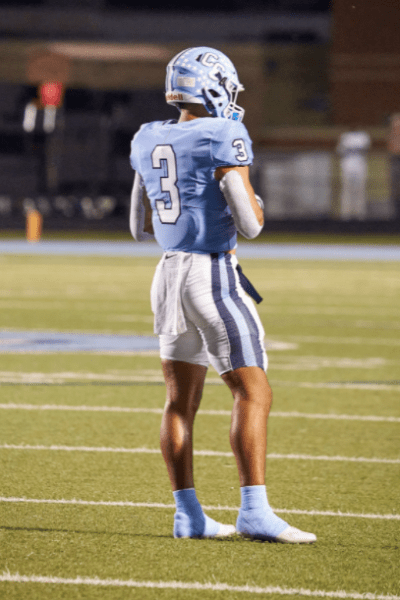 Williams’ contribution was two long touchdown runs. Williams scored from 71 yards and 55 yards. Both runs traveled right up the center of the Rockets’ defense. The Cougar offensive line continues to open up huge holes for the running backs.

China Spring’s Defense Would Not Be Outdone

The Cougar defense was busy creating turnovers. The first four Robinson drives ended in fumbles.  Mason Kirk and Isiah Williams each had one recovery. Senior LB Brayden Faulkner came away with two fumble recoveries. The second was recovered in the endzone for a touchdown.

Robinson managed just 78 yards in the first half. Cougar defenders stuffed the run up the middle and controlled the option on the outside. When the Rockets did drop back to pass, Keith Njemini and Cayden Exline often met at the quarterback.

Robinson (2-7, 0-4) closes out their season against Salado. China Spring (9-0, 4-0) travels to Waco Connally, looking to close out district play undefeated and begin their march into the playoffs.

Fan Vote: 4A Player of the Year – Texas HS Football