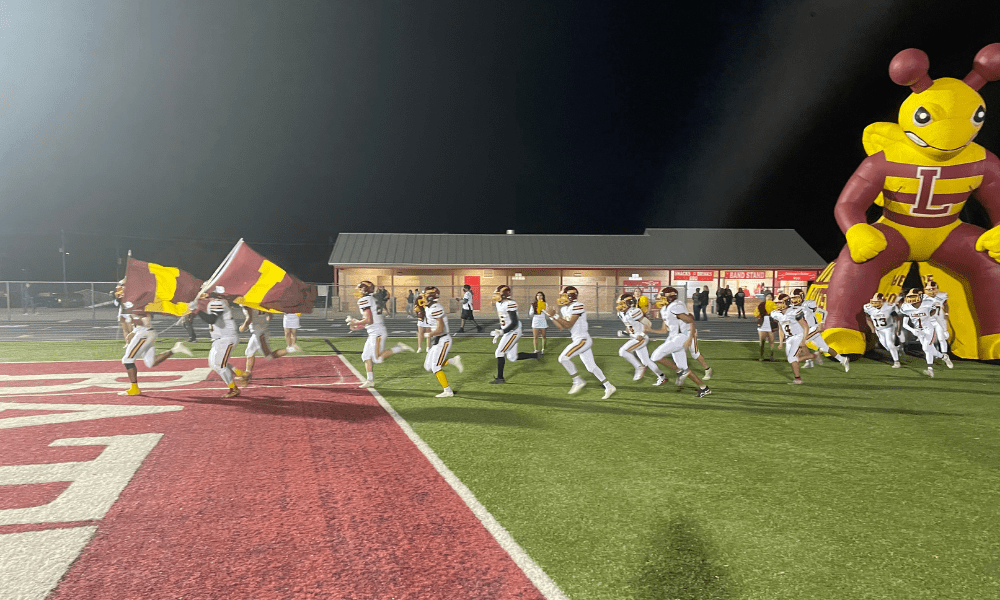 After a quarter of play in Fredericksburg on Thursday night, Medina and Lometa appeared to be in for a 40-minute-long dogfight with the score knotted up at 14.

Lometa had other ideas.

The Hornets used three unanswered touchdowns in the second quarter to pull away for good from Medina as they went on to secure a rather comfortable 53-20 victory in the 1A Division I bi-district round.

It was Lometa’s first playoff win since 2011.

“I thought we did some really good things on all three phases of the game,” Lometa head coach D.T. Torres said. “We’re going to enjoy this win tonight.”

Tim Juarez and Alonso Caso served as the offensive catalysts out of the backfield for Lometa. Juarez rushed for 116 yards and a touchdown on 15 carries and threw for 104 yards and two additional scores. Meanwhile, Caso finished the night with 82 yards passing and three touchdowns along with 85 yards on the ground.

“Those are two guys that have been producing for us all season long,” Torres said. “I’m just happy they had success tonight because as hard as they’ve worked up to this point, they really shined tonight.”

On the other side of the field, Medina coach Mark Coley was left wondering if the spotlight got the best of his team. The playoff game took place at Battlin’ Billie Stadium in Fredericksburg, a stadium designed for 11-man football with four times the capacity of Medina’s home field.

“I thought we didn’t play very well,” Coley said. “I don’t know if the venue was too big for us, just country kids come to town that kind of thing. But we didn’t play our best game on either side of the ball.”

However, for the first ten minutes, it looked like both teams were relative equals,

Lometa opened the scoring with a 27-yard touchdown pass from Caso to wide-open senior Dyllen Workman. Workmon was Lometa’s best receiver on the night as he finished the game with six catches for 73 yards.

After the opening score, it took Medina just over two minutes to answer as senior running back Nate Aguilar found paydirt from three yards out after the Bobcats drove the ball 50 yards on nine plays.

Juarez then got in on the scoring action on the next drive as he reversed field on a pitch to find the space needed to score from two yards out.

But yet again, Medina had an answer as Wyatt Boatman delivered an inch-perfect pass to the corner of the end zone to Branson Wickham that knotted the score up at 14 heading to the second quarter.

Boatman was a busy man on the as the Bobcats leaned on a pass-heavy approach. He completed 15 of 41 passes for 199 yards and two touchdowns.

However, after that back-and-forth first quarter, the second period was all Hornets as they scored on all three of their possessions.

It began on the very first play of the quarter as Caso found D.J. Smart for a 15-yard score. On the next Hornet drive, Caso delivered again as he connected with Workmon from 4 yards out after an 8-play, 71-yard drive.

Juarez got in on the action in the closing seconds of the quarter as he found junior Leonel Caso in the back of the end zone for a one-yard completion to complete Lometa’s second-quarter avalanche of points.

Trailing 35-14 at halftime, Medina knew it needed a quick response and the Bobcats found one on the first play of the second half. Boatman connected with Branson Wickham again, and Wickham did the rest, showing his speed on a 40-yard, catch-and-run score to cut Lometa’s lead to 15.

Lometa responded by promptly taking the air out of the ball, embarking on a methodical 9-play, 49-yard drive. Senior Adrian Smailus-Cruz finished it off on a 3-yard touchdown run midway through the third quarter to extend Lometa’s lead back to 21.

And after Medina turned it over on downs with four straight incompletions on its next possession, Juarez found Elijah Gonzales for a 39-yard score that just about put the game beyond doubt with Lometa up 47-20 heading to the final quarter.

Gonzales then added a cherry on top to an already sweet night with another score late on as he bulldozed his way into the end zone from eight-yard out to seal Lometa’s 53-20 victory and its first playoff win in 10 years.

Despite the disappointing defeat, Medina still had plenty to hold its head high about as the Bobcats finished the season 5-5 with their first playoff appearance and district title since 2017.

“I was proud of the kids; we had some adversity at first with some kids missing due to quarantine and a separated shoulder,” Coley said. “We won our first game and we lost four in a row and then we came back and won four in a row and the district title. They fought pretty hard through that adversity, and we just got to learn to take the next step.”

For Lometa, the win sets up a tough clash against Water Valley, who are undefeated on the season and just smashed Gorman 58-0 in the bi-district round.  Torres hopes this first playoff win in a decade will help propel Lometa to reach new heights against Water Valley.

“It’s always good to get a win, and the kids got a taste of it,” Torres said. “We just got to keep building on it now.”