Below are some former Texas high school football players who will make an appearance in the 2016 Pro Bowl on Jan. 31st.

Ivory played at Longview High School and then went on to play in college at Washington State University and Tiffin University. He is now a running back for the New York Jets. This season he played in 15 games and had 1,070 rushing yards.

Johnson is a Waco High School Alumni. After high school he went on to play at the University of Texas. Now he is a middle linebacker for the Kansas City Chiefs. This will be his fourth Pro Bowl appearance.

Peterson is from Palestine, TX and he went to Palestine High School. Coming out of high school as a five star recruit he went to Oklahoma. Now he is the starting running back for the Minnesota Vikings. This season he played in 16 games and rushed for 1485 yards.

Peters is a Queen City High School alumni and then went on to play at the University of Arkansas. He is now an offensive tackle for the Philadelphia Eagles. This will be his ninth Pro Bowl. 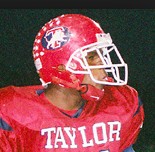 Bennett is from Houston, TX where he played football, baseball, and track at Alief Taylor High School. After high school he chose Texas A&M to continue his football career. Now he is a defensive end for the Seattle Seahawks. This season he played in 16 games had 52 combined tackles and 10 sacks. 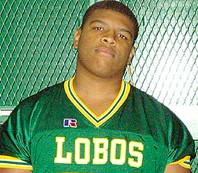 Williams is a Longview High School alumni along with Chris Ivory. Out of high school as a three star recruit he chose to continue his career at University of Oklahoma. He is now an offensive tackle for the Washington Redskins. This will be his fifth Pro Bowl.