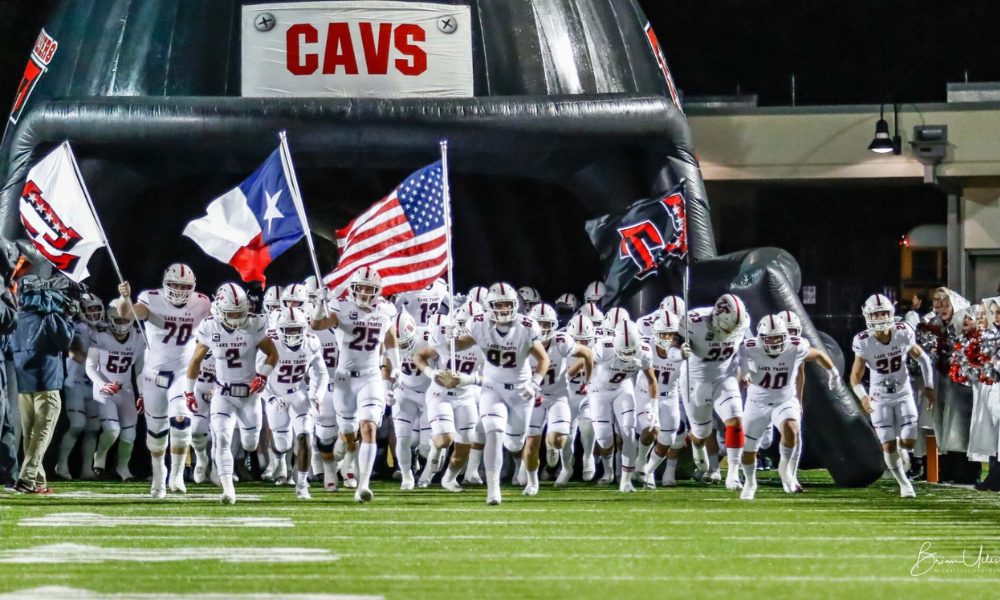 Coach “Sark” (Steve Sarkisian) has decided who will be the Texas Longhorns starting quarterback for 2021. After a battle in fall camp, Hudson Card will call the signals for the Longhorns. He beat out Casey Thompson for the starting job.

He played in two games for the Longhorns in 2020. His college debut came against UTEP, a game in which he rushed for eight yards and threw one pass.

Card also appeared in the 4th quarter of the Valero Alamo Bowl win over Colorado. In that game, Card was 1 of 2 passing for five yards and had two rushed for three yards.

In 2018, Hudson played more of the quarterback position as he passed for 3574 yards and 50 touchdowns, and only four INTs. He also added 619 yards rushing and nine more touchdowns. Card led Lake Travis to the 6A state semifinals and was again named to the 6A All-State Team.

Now Card will try and fill the extra-large shoes left behind by the man listed at #2 on the school’s all-time list in passing yards and passing touchdowns, Sam Ehlinger.

And, he will be calling the offensive signals for the wide-open spread offense employed by Coach Sarkisian. Card’s all-purpose skill set in high school seems to bode well for Coach Sark and the Longhorns.

The Longhorns open the season on September 4th when they host the Louisiana Ragin Cajuns. The kick-off is set for 3:30 CST.

Tony Thomas is a freelance writer. He writes about college football on his own site, www.thegridironnews.com.

How do you think Hudson Card will perform as the starting quarterback for Texas this season?