Jason Peters Injured On Monday Night Football, Will Not Return

The Philadelphia Eagles are winning 24-10 at the time of this publishing, but they may have lost something even more just moments into the third quarter as Jason Peters was injured.

Shortly after, The Eagles announced he would not return.

Peters, the Texas High School Football alum himself, seems to have suffered a right leg injury.

Peters, who has played 77 percent of the snaps for the Eagles at LT this year, is 35 and is still playing at an unreal level. Unfortunately, the Eagles were having a bit of trouble with the Redskins, but Peters and Lane Johnson at both tackle positions were having stellar games.

The play he got injured on was a simple one, but looked bad in the replay video. Peters fell down after Ziggy Hood fell down into his knee, causing it to bend inward.

Peters’ backup Halapoulivaati Vaitai has taken over, and filled in decently, considering the position he’s in. However, there was a flag called on him on the same drive.

This post will be updated as soon as there is anything to know about Peters and the extent of his injury.

Just about the whole team gets on the field to show support for Jason Peters. pic.twitter.com/dFkLcScVp3

The fans even got into it.

Philadelphia Wins On Monday Night, But Loses Just As Much 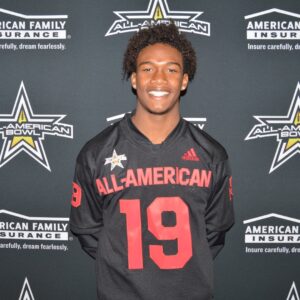