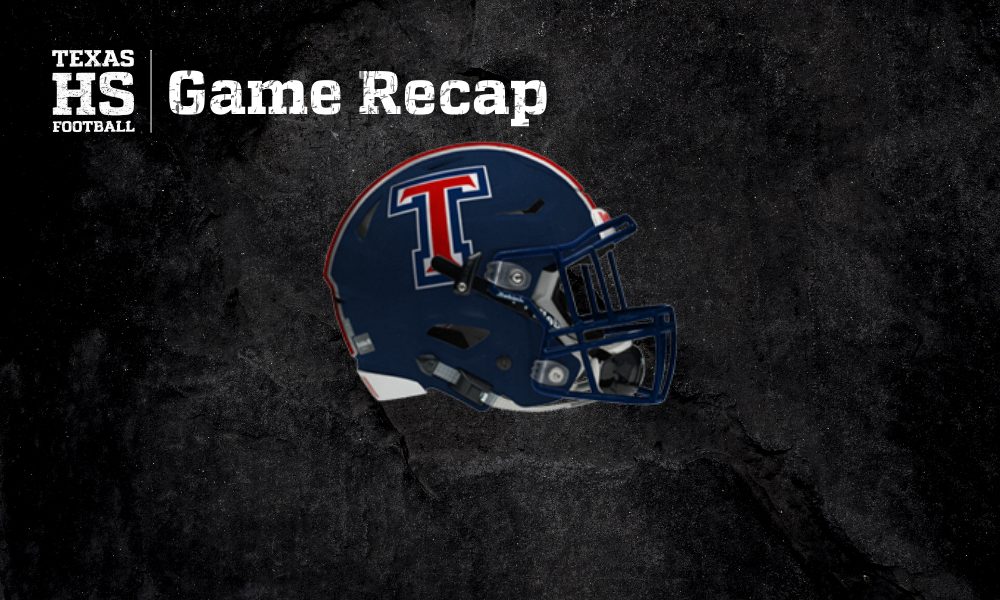 On Saturday, Katy Tompkins held the Klein Collins Tigers to 287 total yards and forced three INTs in a 28-13 win to remain unbeaten after three weeks of the 2021 season.

But the game didn’t start out well for the Falcons. On the first possession, Klein Collins forced a pick-6 as Asa Brown returned a Tompkins QB Cole Francis pass 12 yards for a touchdown. The PAT was missed and the Tigers led 6-0.

Tompkins got the ball back on the kickoff at their own 1-yard line. Francis promptly threw a 99-yard touchdown pass to Matthew Ogunrin. The PAT was good and Tompkins took the lead 7-6.

The Falcons scored again on a 13-yard touchdown pass from Francis to Wyatt Young to make the score 14-6 at halftime.

In the 3rd quarter, possession of the ball went back and forth with neither team scoring in the period.

Tompkins LB Bryce Shaink and Caden Welsh both made interceptions to end drives for the Tigers.

The bulk of the scoring occurred in the final quarter. Tompkins scored on a 4-yard touchdown run by Caleb Blocker to increase their lead to 21-6.

Klein Collins scored on a 2-yard touchdown run by RB Michael Wilson to cut the lead to 21-13. It was their only offensive touchdown of the game.

In the waning moments of the game, Tompkins added to their lead with a 31-yard interception return by Tyler Collins for a touchdown to make the score 28-13.

The Falcons gained 349 total yards in the game. Cole Francis was 8 of 18 passing for 202 yards and 2 touchdowns, and he added 37 yards rushing. Matthew Ongurin had 99 yards receiving and one touchdown. Caleb Blocker rushed for 60 yards and a touchdown.

Katy Tompkins looks to remain undefeated as they take on Clear Creek next Friday. Klein Collins has an open date next week and will face off with Willis on September 23.