It’s the time of the year when every play matters, where one play can determine whether or not you will play for a state championship.

Brock and Kemp High Schools kicked off the week of state semifinal games with a 49-21 finish at AT&T Stadium in Arlington, one that was Eagle dominated from start to final whistle.

“All glory to God, it feels awesome,” running back Tanner Patino commented on making it to the state championship. “A lot of people doubted us this season because we lost a lot of really good seniors last year. We’ve been trying to prove them wrong all year and I think we’re finally getting there. But we still have one more, it’s not over yet.”

The Eagles got off to a quick start and on the third play of the game, running back Dawson Littlepage drove 53 yards down to the field to the Kemp 5-yard line on a single run. He finished the drive two plays later give Brock an early 7-0 lead.

Kemp drove the ball into Brock territory but were forced to punt it away after the Eagle defense sacked Cameron Clamon twice. Less than two minutes later, Tripp Jones found tight end Baylor Cupp down field — on a 67-yard touchdown bomb to make it a two possession game and increase the Yellowjackets’ deficit.

Kemp (13-1) attempted a rally early in the second quarter but  fell short after Clamon’s pass was intercepted by Patino, who capped the ensuing drive with a 15-yard touchdown. After forcing another Kemp punt, Brock drove down the field and scored again on a 14-yard run from Patino to make it 28-0.

And just when it looked like Kemp was going to run the clock out for the half, Littlepage stripped the ball from Jordan Kempf and took it 35 yards to paydirt to make it 35-0.

Brock added to its lead with a 35-yard touchdown run from Toby Morrison to make it 49-7 late in the game. Kemp scored its second touchdown of the game on Clamon’s 23-yard quarterback keeper and again as time expired.

“It feels good,” Littlepage said. “It’s great, I love it. That’s what we all dream of we’re little kids and now we’ve got to make it come true.”

While Kemp’s season ended two victories shy of a claiming championship hardware, Brock advanced to to its second state title game in three years. The Eagles defeated Cameron Yoe High School 43-33 in 2015 to claim cap a 16-game undefeated season and win a Division I trophy.

Brock (13-2) will face the winner of Friday’s Yoakum-Rockdale matchup at 3 p.m. next Thursday at AT&T Stadium for the UIL Class 3A Division I State Championship.

Muenster Heads To State Title For First Time Ever, Holds Off Wellington In Thriller 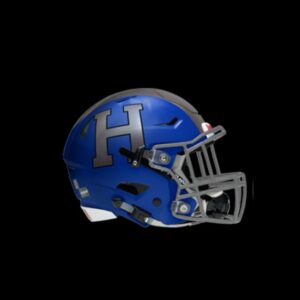