Unless you’ve been living under a rock the last couple years you have heard about Baker Mayfield’s unbelievable rise to football stardom. His amazing journey began at Lake Travis high school, then walking-on at Texas Tech, then leaving Tech for Oklahoma and winning the Heisman Trophy—To being the first overall pick to the Cleveland Brown in the 2018 NFL Draft. His story is awesome by anyone’s standards. However, with a certain group of millennials and Madden football junkies… being a bonafide Madden star takes the cake.

His Madden scores are going to light it up this year.  Check out the review below: 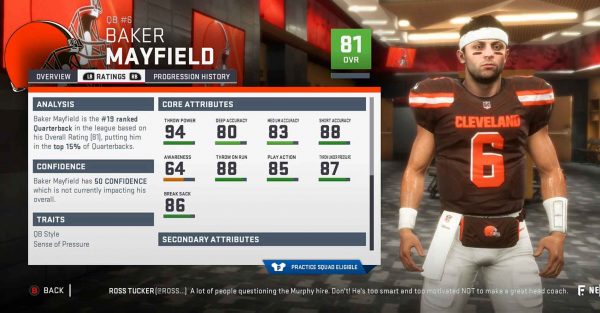 In Madden 19 Mayfield has great mobility. With (81) speed and 88 throw on the run you can move him around the field easily.  In true Mayfield style he’s also tough to sack with an astonishing (86) break sack stat. He has strong throw power (94) and solid short accuracy (88). His downfield accuracy (83 medium, 80 deep) is perhaps the first thing you should improve, but it ‘s good enough to work with in Week 1.

THROWBACK THURSDAY: 40 Years Ago Earl Campbell Exploded Into The NFL