Manvel and Cedar Park Face off in Gigantic 5A Regional Semifinal 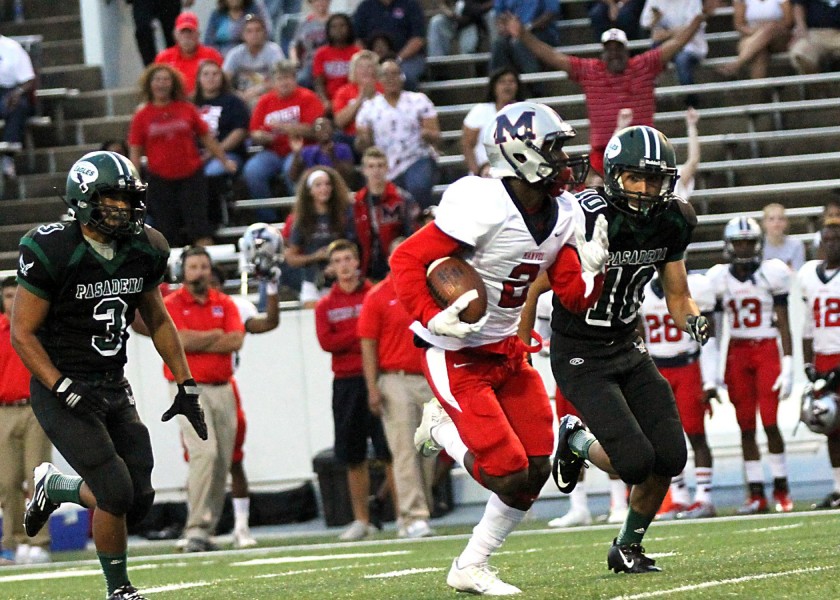 While much of the state has been buzzing about the upcoming Allen-San Angelo Central showdown, there is another regional semifinal matchup between two unbeaten teams that’s also generating a lot of hype. The unbeaten Manvel Mavericks will take on the Cedar Park Timberwolves, who are also unbeaten and are the defending 5A state champion on Saturday at Kyle Field.

The Manvel Mavericks have established themselves as one of the top contenders for the 5A state title in 2016. Their formula for success has revolved around throwing the ball on offense. Quarterback Kason Martin has two very strong receivers to go to in Jalen Preston and Keylon Stokes who have combined for 22 touchdown catches on the year. The Mavericks have also been strong defensively, giving up no more than 21 points in a single game this year. In fact, they’re giving up only about 10 points per game on the year. Cedar Park will have its biggest challenge of the year going up against this tough Maverick defense.

On the other side, the Timberwolves have a team that has been just as dominant as the Mavericks have been. Like Manvel, their offense has been impressive all year long, but their offense centers around getting the ball done on the ground. Tyler Lavine has been an absolute beast this season, rushing for 25 touchdowns on the year. Omar Alzer also gives the Timberwolves another solid option in the backfield. Mak Sexton is also a good signal caller as he leads his team into this big matchup.

Defensively, Cedar Park has been virtually impossible to crack, pitching six shutouts this season. This is a team that can get after the quarterback and make things hard for an opposing offense. But, this may be the biggest test for that defense this year and their secondary will have to be at their best to shut down the Maverick offense.

In a showdown of two stout defenses, there may be a defensive struggle at Kyle Field this weekend. Whoever wins this game, however, takes a giant step forward on their journey to AT&T Stadium in December. There are several great playoff games on Saturday, but this one may be the must-watch game on Saturday between two state title contenders.