Thankful and beyond blessed to have received 20 D1 offers. Thank you to all the coaches and these great teams that believe in my God given ability🙏🏾.

Keagan Cunningham from Denton Ryan received an offer from SMU

After a great talk with @TylerOlker I am blessed to announce that I have received a PWO Offer from SMU! #PonyUp pic.twitter.com/NQFGoSXedP

Shoutout to @cfbeditz got CU after but here’s the first 11! pic.twitter.com/J9KB3DywC1

Blessed To Receive An Offer From The University Of Arkansas #WPS 🐗 pic.twitter.com/KZ2M6OPgd4

Jaylen Jenkins from Allen received an offer from Utah State, Tulsa and UTSA 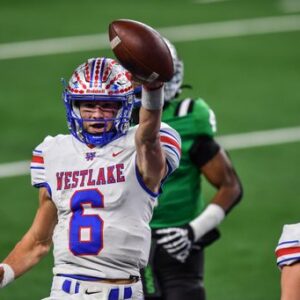