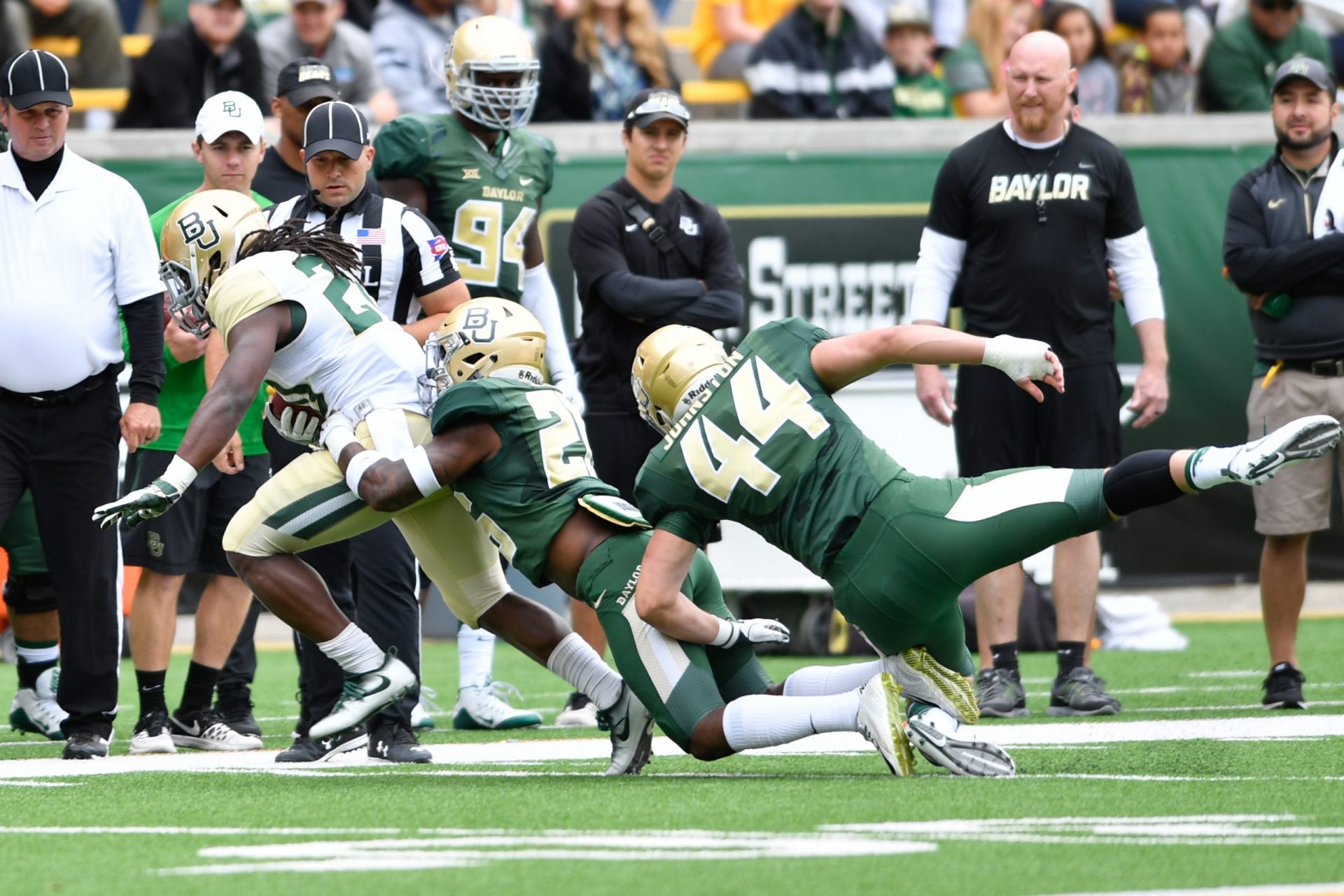 After all the prayer and long thoughts. I've decided to decommit from Baylor University.Please respect my decision , may god bless 🙏🏾

Turner-Yell was named the Defensive MVP of the 12-3A-1 district during his junior year.

Baylor still holds 18 commits in this class, so they’ll end up being just fine. So will Turner-Yell, who hits like a freight train.

There’s no way that some coach in the Power 5 doesn’t snatch him up, especially with all the offers he holds before his senior year. There’s always a market for a safety that can punish, and Turner-Yell can definitely punish.