After having to wait 32 days since its semifinal victory due to a COVID-19 postponement, the longest layoff between games in UIL history, Balmorhea was not about to pass up its opportunity to win its first ever state title.

Led by sophomore running back Tomas Contreras, senior center Gary Alex Abraham, and its stifling defense, the Bears rolled to a 74-38 victory in the six-man 1A Division II State Championship game in San Angelo over 9-time state champion Richland Springs on Tuesday night.

Contreras was the workhorse on the night for the Bears, carrying the ball 21 times for 311 yards, unofficially, and four long touchdowns of 51, 61, 41, and 55 yards.

With Contreras leading the ground game, the Bears looked towards center Gary Alex Abraham, nicknamed “Diesel” by his teammates, when they needed a big play through the air. Abraham delivered, catching four passes for 144 yards and four touchdowns.

“Diesel has been doing that for us all year. Nobody has been able to stop him,” Balmorhea head coach Vance Jones said on Fox Sports Southwest after the game. “You kind of forget about a center and Diesel with his size. Nobody knows he’s a pretty fast runner. We just send him out when we think he’s open and he makes the catches.”

On the other side of the ball, the Bear defense wreaked havoc on Richland Springs. The Bears forced four punts, a rarity in six-man football, and had ten tackles for loss in addition to four sacks.

“Our defense has been the bread and butter of our team all year. We’ve really played well together. We’ve got six seniors out there that know each other and have worked together since they were in sixth grade,” Jones said. “They just do a super job and they executed our game plan tonight, probably as well as we can. Richland Springs is a really talented team. And for us to get the stops we did on them, I think that was huge.”

However, the game was a tight one early on.

Contreras opened the scoring just under four minutes into the game by tip-toeing the sideline as he bounced off Coyote defenders for a 51-yard touchdown run.

Richland Springs needed just one minute to answer though as Landon Burkhart found Zane Capps wide open along the sideline for a 45-yard catch-and-run touchdown.

The score was tied at eight after one, but the Bears opened the second quarter in dream fashion as quarterback Andrew Laramore found Lane Carrasco on a perfectly lofted ball on a fade route towards the pylon for a five yard score just five seconds into the quarter.

Burkhart, Richland Springs’ main man, countered the Balmorhea score again as he found Nick Nilson in behind the Balmorhea secondary for a 21-yard touchdown completion to tie the game at 16.

Burkhart, however, was under pressure most of the night and finished with only 56 yards rushing. He had a much more success through the air as he went 22 for 30 for 338 yards as the Coyotes struggled to establish a rushing attack.

From there, Balmorhea went on a run to open the gap up for good. Contreras struck paydirt on a 61-yard run before Abraham showed off his speed by taking a short pass 68 yards up the sideline to the house for another score to put Balmorhea up by 14.

“I take good pride in my speed because being the size that I am, no one expects me to get down the field as quick as I do,” Abraham, a six-foot-one and 230 pound center, said on Fox Sports Southwest after the game. “There were some cases that we needed to get the ball down the field so Coach trusted me to get it in this, and that’s what I did.”

After an interception by Defensive MVP Sean Orozco, Contreras added a 41-yard touchdown run to keep Balmorhea’s momentum going. Finally, Abraham struck again on a beautifully floated pass from Laramore for a 17-yard score that capped a 28-0 Balmorhea run and gave the Bears a 44-16 lead at the break.

Richland Springs tried to get back in it at the start of the second half as Burkhart cut the deficit to 22 on a six-yard touchdown run, but Balmorhea went right back to the Diesel to answer as Laramore aired out a ball to Abraham, who high pointed it and snagged it right over Burkhart, for a 40-yard touchdown to extend Balmorhea’s advantage to 52-22.

The Coyotes battled to stay within touching distance as Burkhart hit Nilson on a 15-yard corner route for a touchdown, but again Balmorhea jumped aboard the Diesel as Laramore lobbed another pass up to him for a 19-yard touchdown to put Balmorhea back up by 30, 60-30, with the clock winding down in the third quarter.

After a turnover on downs by the Coyotes to open the fourth quarter, Balmorhea running back Dylan Aguirre hammered the nails into Richland Springs’ coffin as he broke free for a 29-yard touchdown scamper that increased Balmorhea’s lead to 66-30, leaving no chance of a Coyote comeback with just under nine minutes remaining.

Burkhart added one last touchdown to his impressive career portfolio on a dump-off pass to Jadeyn Bryant that turned into a 38-yard score before Contreras placed the cherry on top of Balmorhea’s sweet victory with one final touchdown run of 55 yards, sealing the 74-38 final score.

After a year where teams had to overcome the adversity associated with playing during a pandemic, it was a memorable ending to the season for the Bears and Coach Vance Jones, who brought home his fourth state title after he won one with Marathon back in 1976 and two more with Garden City in 2009 and 2010.

“It’s been such a unique year with everything that has gone on. We had two times where we had to quarantine for two weeks. To still get through all of that and have our kids play as well as they did and come through at the end, it’s amazing.” Jones said. “All the other titles that I have were just as important and just as much fun, but this year was really unique because of what we went through to get here.”

And after coming up short in 2016 and 2017, Balmorhea now has a state title of its own to cherish.

“It really means a lot for us to get our first state championship for our school and the city of Balmorhea. I can’t describe the feeling right now,” Abraham said. “It just feels amazing.”

Pick’em: UIL State Semifinals 5 and 6A 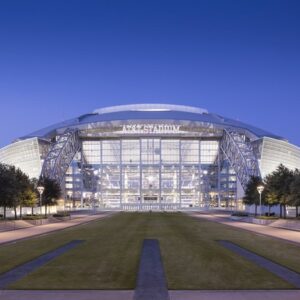 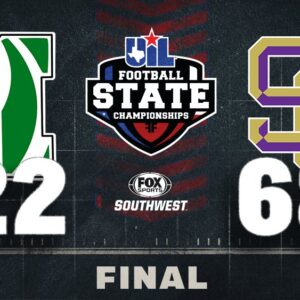