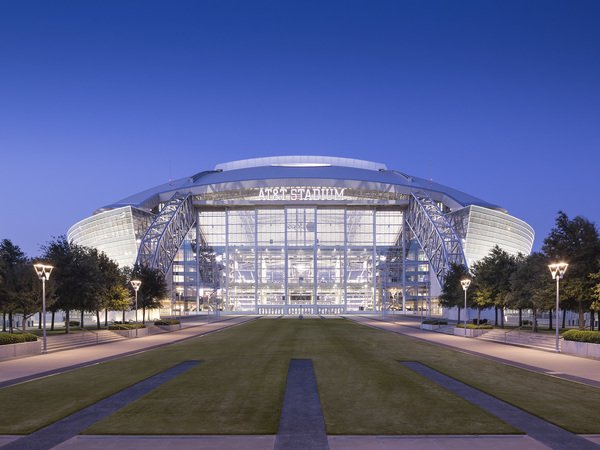 ARLINGTON — There was a moment during Wednesday’s Class 1A Division I state championship game at AT&T Stadium when it appeared May and Sterling City might battle to the bitter end.

Knittel earned Offensive Player of the Game honors in Arlington after slicing though the Tigers’ defense like a hot knife through butter. The senior accounted for 311 yards of offense and five total touchdowns as the Eagles (15-0) hoisted their first-ever state championship trophy after winning 68-22 to cap an immaculate 2020 season.

Sterling City invoked the 45-point mercy rule at the 9:37 mark of the third quarter after Damian Calderon hauled in a 29-yard TD pass from Hudson Cox and Raul Sanchez provided a successful 2-point PAT.

“From the first day of two-a-days until now, they’ve done a tremendous job and we’ve gotten better every week,” Sterling City head coach Trey Sisco said. “That’s what got us to this point. We had some tough games, tough finishes, and they fought to the very end in every game. This is the payoff.”

May (13-2) scored on the first play from scrimmage when Kaden Halk got to the edge and outran Sterling City’s pursuit for a 67-yard score.

Sterling City answered with an 11-yard scoring run by Francisco Gonzales, and after the two teams again swapped TDs, it appeared as though the Tigers and Eagles were headed toward an epic clash. That didn’t materialize, as Sterling City outscored May 54-8 during the remainder of the contest.

The surge began with a 30-yard TD toss from Cox to Calderon, and on the Eagles’ next possession, Knittel went to the air and found Cox for a 62-yard score.

Knittel added a 31-yard TD scamper minutes later, but May responded with a 41-yard pass from Blake Harrell to Halk, who crossed the goal line to pull the Tigers within two scores at 36-22.

From there, Knittel began to turn open field into easy points as Sterling City pulled away for good. The senior reeled off a 42-yard TD run to put his team up 44-22, and after a fumble forced by linebacker Chance Ferguson was recovered by Cox for a touchback, the Eagles soared into the end zone once again.

This time, Knittel converted a fourth-and-17 by taking a pitch from Cox, cutting back near the middle of the field to evade a group of Tiger defenders and juking a separate May player out of his shoes with another sudden change of direction that capped a 36-yard TD run.

Sterling City sophomore Kas Johnson tacked on a 63-yard TD before halftime, and Sterling City sealed the deal early in the third after Cox found Calderon and Sanchez booted through his seventh PAT of the afternoon.

Ferguson took home Defensive Player of the Game honors for the Eagles.

“I’ve dreamed about this since I was little,” Ferguson said. “We’ve always been told this is going to be a great team. The fact that we won and I get to see all this joy on people’s faces — all of my friends and family and everybody in the stands and our coach here — it’s the best feeling.”
Related Topics