In the final power rankings of the regular season, the 10-0 West Orange Stark Mustangs reign supreme. Terrell moves up after their upset of Van, however Van still ranks higher due to the success against a more difficult strength of schedule. Iowa Park and Gladewater also fall after their losses, but still find themselves in the rankings after impressive regular seasons. Henderson jumps Abilene Wylie after finishing the season strong and having an extra win. 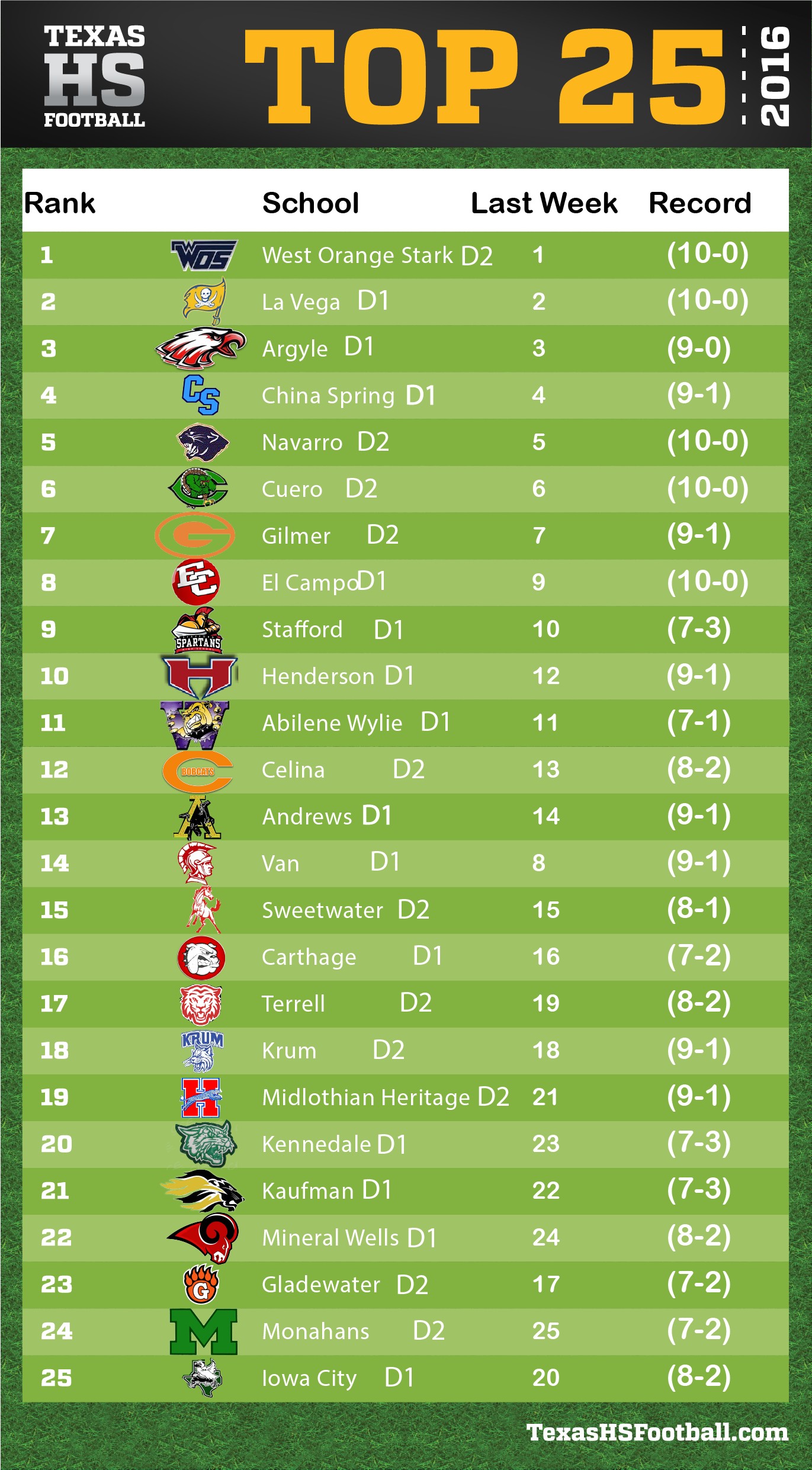