We now have a clear #1 and #2 in the state of Texas, and an argument can be made for both being #1.  Duncanville has the one loss, be it to IMG Academy, and North Shore got off to the stronger start and has played two more games, so they get the edge in the rankings. Westlake is a clear #3.

4-10 is interchangeable.  We have Cedar Hill there off their impressive win over DeSoto, but you could make a case that Katy Tomkins has the most impressive win of the season and put them at #4.  Lake Travis has been somewhat under the radar with North Shore and Duncanville taking most of the headlines as well as the battle for the best team in Katy, but they’ve been taking care of business every week and improving each week.  Allen and Denton Ryan are their usual dominant teams, and look out for Cy-Fair and Cypress Bridgeland who have two of the best score win margins in the state.

10-19 is where we start to get some of the one-loss teams, and some of the teams that have over-achieved expectations so far this year.  DeSoto and Katy both took big drops after their losses this week and we will pay close attention to how they bounce back.

We have three 5A teams in our top 25 and two 4A teams.  We understand the argument that they would not have the undefeated records if they played a 6A schedule, but their seasons have all been impressive and when deciding between them and a 2 loss 6A team, we have to reward them for their tremendous seasons.  Highland Park was a team on the verge of climbing near the top 10 after their big win over Rockwall three weeks ago, but a closer than expected game against Sherman and then just a 5 point win over Longview had them drop to #19. 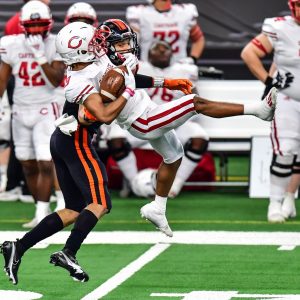 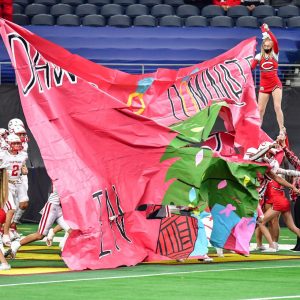 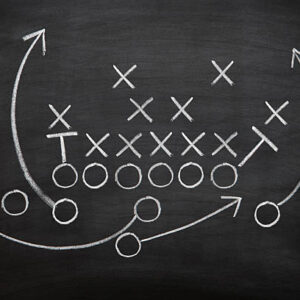