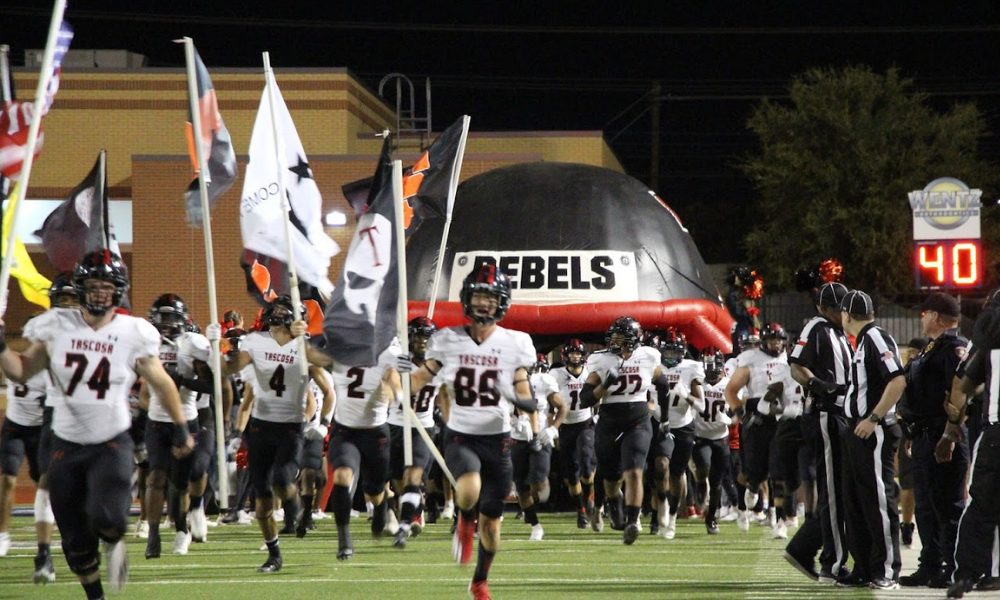 There have been plenty of outstanding performances from players in the Panhandle area. Here are a just few (in no particular order).

Running back/ Defensive Back

Collins’ 672 receiving yards are the most in a season by a Plainview player since 2014. He has 35 catches and 7 touchdowns through the air up to this point in the season. Collins has rushed for 346 yards, putting his total yardage at 1,018 yards for the season.

Running back/ Defensive back

Everhart is a major problem for opposing defenses. In the seven games for Tascosa, Everhart has racked up 578 rushing yards and eight touchdowns. Everhart also has three touchdowns scored on defense.

Running back/ Defensive back

Pharies has put up some numbers for the Tigers’ offense this year. Pharies has completed 92 of his 151 pass attempts for a total of 1321 yards, 15 touchdowns, and just three interceptions.

Stephens has averaged 18.9 yards per catch this season and has gained 511 receiving yards with six touchdowns.

Patterson’s numbers have helped the New Deal Lions to a 5-1 record through six games of the season. He has completed 47 out of 75 pass attempts for 764 yards, 12 touchdowns, and only one interception on the year.

Eaton’s rushing numbers are impressive. Eaton has carried 104 times for 809 yards and 12 touchdowns. He has four 100+ yards games of the six games that New Deal has played.

Through seven games, Martinez has rushed 90 times for 826 yards and 10 touchdowns. Martinez also has recorded four games with 100+ rushing yards.

Williams’ first year on varsity has help Monterey win some of their games. Williams has completed 44 out of 79 passing attempts for 797 yards, six touchdowns, and two interceptions.

Wade has had a productive senior season while leading the Sandies to a 6-2 record. He has completed 83 out of his 136 pass attempts for 1153 yards, nine touchdowns, and no interceptions up to this point in the season.