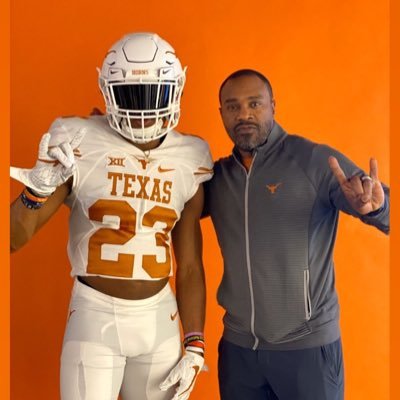 Jaydon Blue, the star running back from Klein Cain, announced that he will be skipping his senior season as he prepared for his college career with the Texas Longhorns.

Blue is the number 82 recruit in the 2020 recruiting class, according to ESPN 300 (See the top 300 here, led by #1 Quinn Ewers from Southlake Carroll: http://www.espn.com/college-sports/football/recruiting/playerrankings/_/view/rn300)

The 5’10” 200lb running back ran for 2,155 yards and 30 touchdowns last season.  He averaged 9.5 yards per carry. On February 2nd, Blue announced via Twitter that he would be attending the University of Texas.

I could be anywhere in the country the next 3-4 years playing college football and pursuing a degree in engineering. Today I would like to announce that I will be committing to the University of Texas
🤘🏾#TEXAS #HOOK'EM #COMMITTED pic.twitter.com/YTKaBwhCN1

On May 20th, he announced his decision to sit out the 2021 high school football season, also via twitter:

He may be the first of several top ranked recruits, already signed by a top Division 1 school, that decide to sit out this season.