We Asked, You Answered: Performance of the Night? Running Back Tops 300 Yards with 7 TDs.

We Asked, You Answered: Who had the best Friday Night Performance?

Jill Hrbacek, an ER Nurse, suggested her son, Zach Hrbacek.  The Troy Trojans running back is coming off of a season in which he rushed for over 2,700 yards and 35 touchdowns, along with 3 receiving touchdowns. He had himself a game against McGregor in a heartbreaking 57-58 loss. He carried the ball 28 times for 367 yards and 7 touchdowns.  In a week that saw the football world lose the great Gayle Sayers, Hrbacek had a very Gayle Sayers like game.

The 3A Divison 1 Trojans are coming off of a 12-2 season.  They are an impressive 21-5 over the last two seasons. However, they lost a lot of talent from last year’s Senior class. It showed in their first game against Salado, in which they lost 46-27.  They bounced back with back-to-back wins over Mexia, 55-37, and Robinson, 48-6.  They’ve given up over 40 points in each of their last three games, with a 42-27 loss against Franklin and a 49-41 win over Lorena.

It is worth noting that this is the toughest schedule that the Trojans have played in several years.  They sit at 3-3 with four regular seasons games to go.  Their offense is one of the best in 3A and if their defense can step up a bit, they could make a deep run in this year’s playoffs.

The Trojans will host Cameron Yoe next week.  The Yoeman are one of the top teams in 3A, coming off back-to-back 11-2 seasons.  They bounced back from a tough 42-9 loss to Rockdale last week to beat Little River Academy, 37-19.  Whoever wins the game between the Trojans and Yoeman should be one of the favorites to make a deep run in the playoffs. 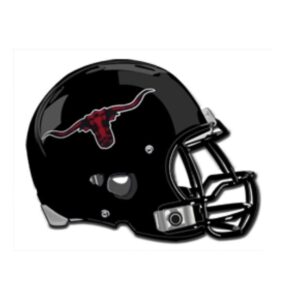