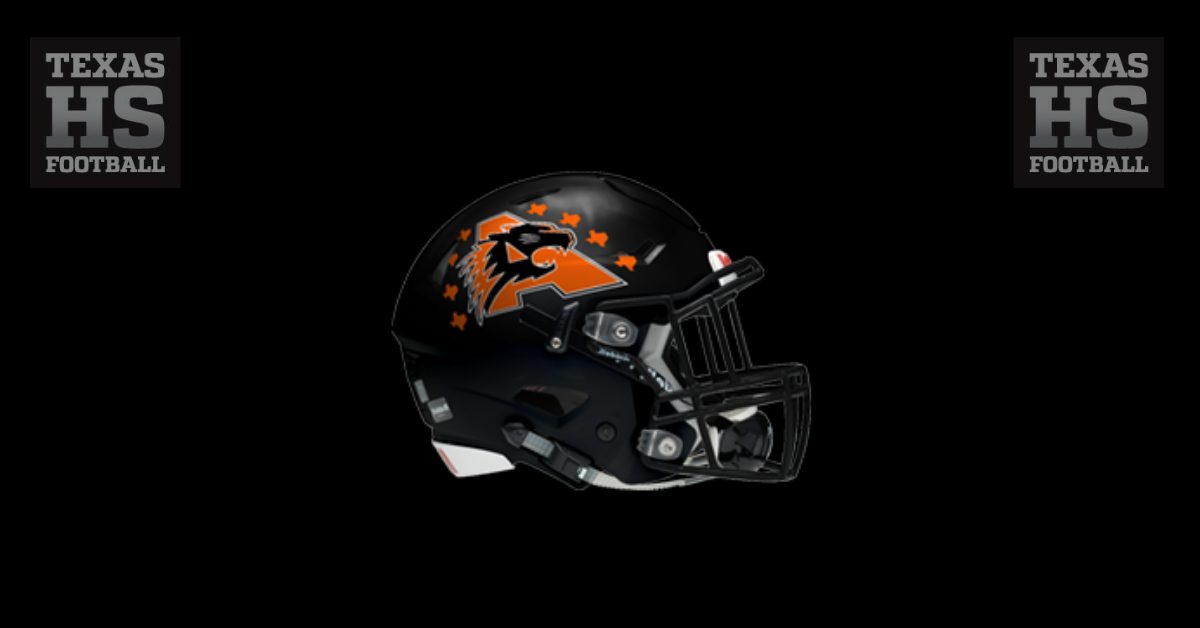 The Aledo Bearcats extended their district win streak to 94 games with a 44-28 win over Mansfield Timberview.

This game was the game to crown the champion of District 5-5A Division II.  Both teams came in undefeated in district play.  Aledo came in 4-1, with their only loss being to a top 6A team, Cedar Hill, 17-27.   The Timberview Wolves came in undefeated and having just beat Joshua, 62-14, and Dripping Springs, 55-28.

The game was closer than the final score might indicate.  The Wolves got off to a great start.  They took an 8-0 lead on the opening drive with Simeon Evans scoring on a 3-yard touchdown drive.  The Bearcats, who stalled out on their first drive, got the offense rolling on their second drive. They had a long drive ending in a 3-yard touchdown run from LSU commit JoJo Earle.  A few minutes later, Earle scored again, giving the Bearcats a 15-8 lead.  Then, in the second quarter, Earlie struck again when Brayden Fowler-Nicolosi found him for a 45-yard touchdown.  Aledo was up 22-8.  But, the Wolves did not go away.

The Wolves struck back with another touchdown run from Evans to bring the lead to 22-15.  However, Aledo scored on their next possession, with Fowler-Nicolosi found Bryan Allen Jr., another LSU commit, for a 28-yard touchdown on 4th and 16.  Aledo was up 29-15 late in the 2nd quarter. But, the Wolves fought back again.  Timberview scored on a 25-yard pass from Evans to Washington State commit, Raam Stevenson, to cut the Aledo halftime lead to 29-20.

Aledo opened up the scoring in the second half as DeMarco Roberts, a Lamar University commit, scored a 1-yard touchdown to bring the lead to 37-20.  Roberts would finish the game with 182 yards rushing.  The teams then traded interceptions on back-to-back drives.  The second interception was from the Wolves Preston Starks, who returned it 68 yards to the goaline, but he reached for the endzone and fumbled the ball through the endzone for a touchback.  That play sealed the win for Aledo, though each team would add one more touchdown.

The Wolves play at Seguin next week then finish up with a game against Everman. Whatever happens the rest of the season, it is a great season for a Wolves team that was just 6-5 last year and 7-6 in 2018.

With the win, Aledo has now won every district title since 2008.  Aledo has two more games on their schedule, at Cleburne and against Burleson.  They’ll end up only playing 8 regular-season games, with two games having been canceled.  They will be the number one seed in the playoffs, which starts December 10th.  It is the school’s 39th time making the playoffs. They are looking to win their third straight UIL State Championship and a record 10th state title.