Yoakum Looks To Keep Success From Last Fall Rolling Into 2017 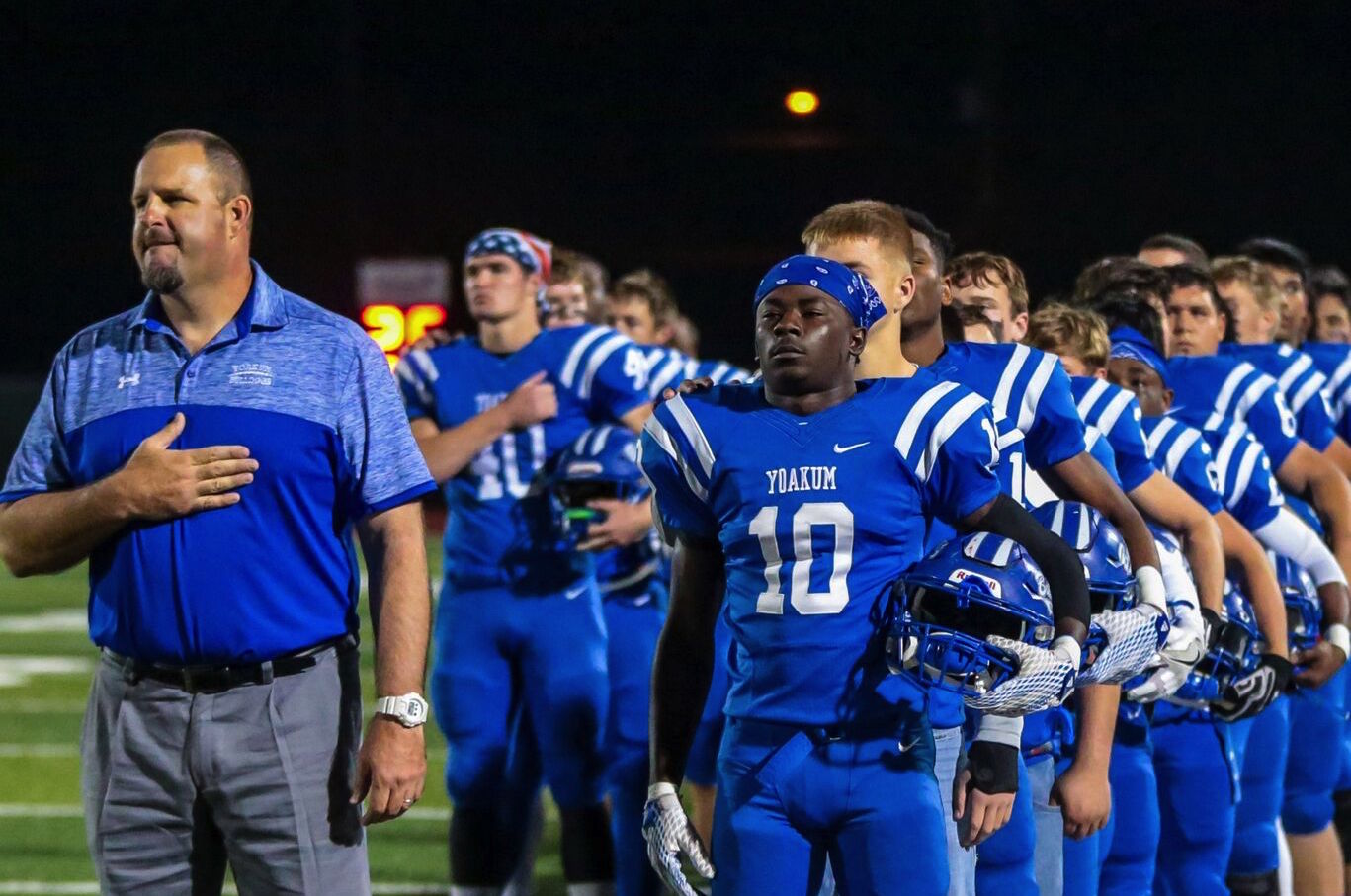 It’s not rare for teams to finish third or fourth in district and still make a deep playoff run. Insert Yoakum here as one of the latest in that trend.

The Bulldogs lost four of their first six games in 2016, including an 0-2 start in District 14-3A DI. But the young, talented squad got on a roll and made it all the way to Arlington, where they lost the 3A DI state championship to East Texas power Mineola.

Yoakum handily beat Hondo to open the season and faced Cuero, an old-school longtime rival, in Week 2. The Gobblers beat Yoakum, 14-7, and went on to a 13-1 season — in Class 4A. Yoakum beat a talented 4A Taylor squad before losing to an even better 4A team in Giddings.

The Bulldogs opened district with losses to 14-3A DI champ Hallettsville by a touchdown and to Edna by two points. Yoakum breezed through its next four district games to claim the third playoff spot behind Hallettsville and Edna.

Yoakum beat District 13 runner-up Marion in the bi-district round and faced nothing but district champions the rest of the way. The took down District 16’s Lyford (41-14), District 15’s Goliad (23-21) and got revenge on Hallettsville, 27-23, in the state quarterfinal to hand the Brahmas their only loss of the season.

The Bulldogs handed District 9 champion Malakoff its only loss in the state semifinal, 28-24, before eventually falling to a very talented Mineola of District 7.

Yoakum did it with lots of young players at key positions, which means they’ll be primed to make another run in 2017.

The Bulldogs don’t lose much, but they will miss three all-district players in Galvan, Rivas and Lerch

Moore is a Texas A&M commit who had 10 interceptions in 2016 to go along with 509 rushing yards and six touchdowns and 545 receiving yards and seven more touchdowns. His twin brother, Josh, is back after a brief stay at IMG Academy in Florida. The duo should bring back lots of explosiveness in 2017.

Henry Enoch, who was the district’s Defensive MVP last season, was also the leading rusher for the Bulldogs with 1,354 yards and 17 touchdowns. Six of the top seven rushers are back, and they’ll get to run behind one of the state’s best in offensive lineman Silas Robinson, who’s 6-5, 305. He’ll be joined on the line by Trey Smith, Conner Brandt and Joey Dominguez.

The Bulldogs have momentum after winning nine of their last 10 games and having a ton of talent returning. They won’t sneak up on anyone this year as most of the coaches around the state have the Bulldogs in their preseason Top 5.

Coach Bo Robinson’s team is seasoned and experienced now, and they may have what it takes to hoist the state championship trophy this fall.

The season starts with three road games at Hondo, Cuero and Taylor before hosting a Giddings team that’s expected to go far in the 4A playoffs this fall.

Yoakum goes to Hallettsville on Sept. 29 for what could be the deciding game for district, then they host Edna on Oct. 6.

The usual suspects will be in the way on the road back to Jerry World. This includes Hallettsville, Goliad, Lago Vista, Cameron Yoe or Teague, and eventually a stalwart like Brock or Wall — Mineola may have tapped out in talent with 18 graduating starters and a new coach this fall.