The 20 Best (And Funniest) Mascots In Texas

Mascots are a fun part of the Texas high school football tradition. From Antelopes to Zebras, there are several hilarious and unique mascots that you usually only find on the strange terrain of the Lonestar State.

TexasHSFootball recently held a contest to determine which mascots were the best; support for the Hutto Hippos ended up winning the top spot.

Without further ado, here are the 20 best mascots in the state of Texas: 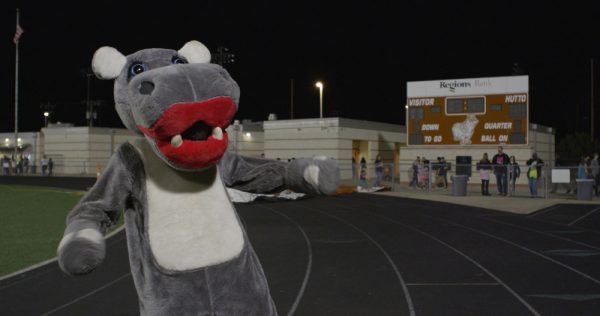 Don’t be fooled by the kindness of these animals portrayed in board games and Disney brainwashing. These yawning, harbingers of death are one of the most aggressive animals on the continent of Africa. In Hutto, townsfolk erected thousands of hippo statues around the area. Because everyday is apparently Halloween in Hutto.

Leave it to a place called Winters to name their mascot after a weather event that no one in Texas has seen since time began. The cheerleaders in this photo are either trembling from the chill of the storm or the terrifying nature of this creation.

Nothing says aggressive competition quite like the Mason mascot. The true meaning has to do with being country slang for a cowboy, but I like the balled-up fist aggression on the field that the name really implies. 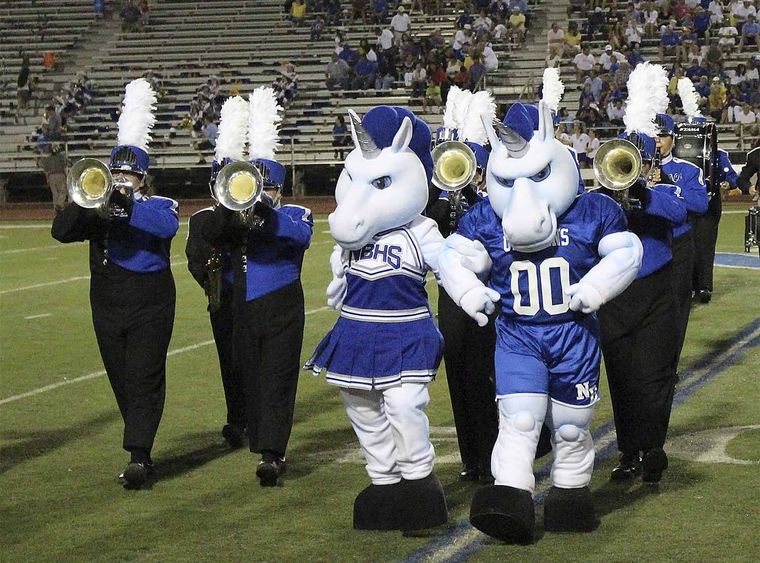 A charging unicorn instills fear into the heart of any opponent. In New Braunfels defense, the alicorn of the enchanting creature could probably puncture the ball, pads and referee’s flesh on the field, leaving the gridiron riddled with defeat as the white stallion gallops from the arena in a blaze of gory glory.

No one paid the pied piper, so he blasted his flute like Ian Anderson at a rambunctious Jethro Tull concert and got all the kids and rats from the city. The Hamlin version is better; instead of a scrawny pest control guy, they have a ‘roided out, Peter Pan Peanut Butter looking character. No need for a flute. The dude could probably dispose of rats and villagers with his bare, meaty hands. 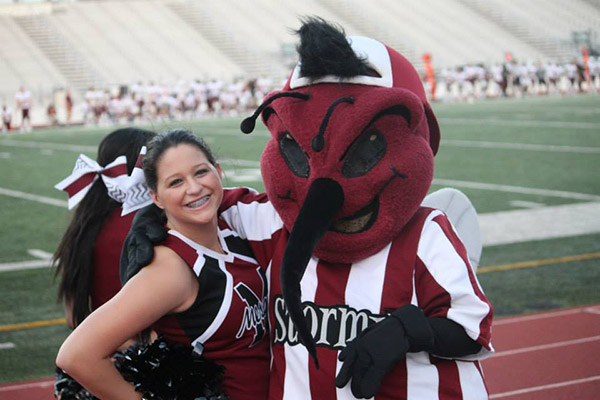 Mosquitos are the most deadly creatures on planet earth. Mesquite’s looks like a hellish carrier of diseases that could initiate the world’s end, which essentially it is. 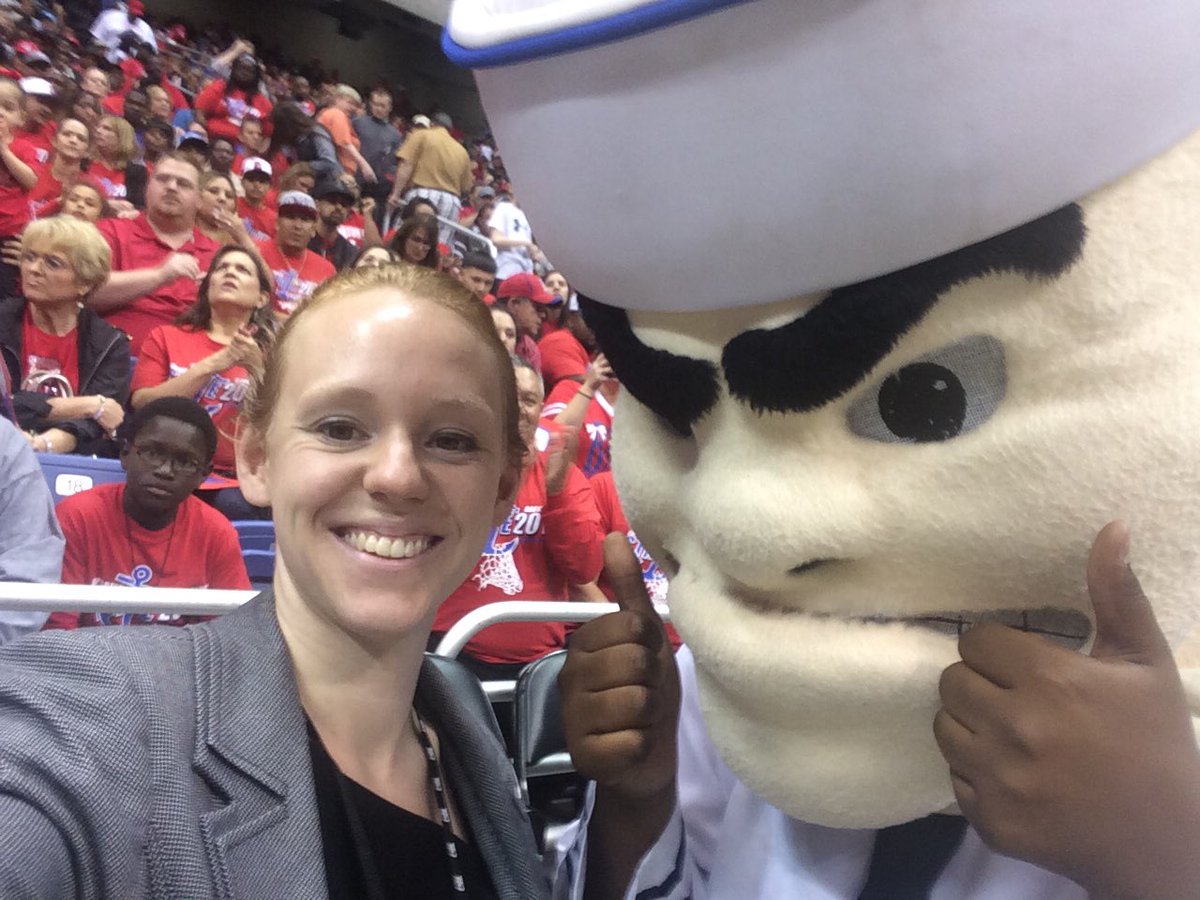 Exportation ships out 1.4 trillion dollars of industry every year. The mascot is also beneficial to wayward teens who have no idea what they want to do with their lives, besides jam Neil Peart on a makeshift drum set erected in their parent’s basement. “Why don’t you export things son?”, a deaf and desperate father will ask.

Gobbler is a suggestive sounding nickname for a turkey that fattens-up consumers during the holiday. It’s also a description of someone that chews loudly while they are eating. In my world, such an action would have me exclaim, “Shut up gobbler, you’re disgusting!” However, in Cuero, rude table manners is encouraged, which is something I made up because I’ve never been to the turkey-enthusiastic town.

Rohawk sounds like a really hip skateboard apparel store established in Venice Beach. The urban dictionary defines a rohawk as a rocket and a hawk combined, which is so obvious that I inadvertently slapped my palm against my forehead and groaned. The way this creature was made defies all manner of copulation, which makes me pity parents that have to rectify their “birds and the bees” speech to the “rockets and the hawks.” 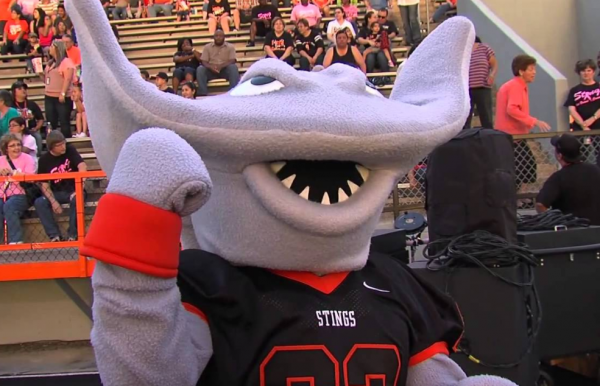 The stingaree looks like he has a cowboy hat stuck in his throat. I don’t think marine animals speak, but if this one could, he would definitely have a southern accent. He is a little troubling to look at for long periods of time, but I may be associating it with the memory of nearly being pulled off a fishing boat by a bull stingray when I was a kid, orchestrated by the guffaws of my father and his intoxicated buddies.

Fighting farmers sounds like the rebellion of the hard working citizens against corporate America, leading an uprising against industry to return the United States terrain back to soil and farm land. The alliteration on this one could easily win a poetry contest at a local Farmersville library creative writing contest.

Bluecats are the EDM duo all the rave kids want to see at this year’s Euphoria Music Fest. Bluecats is also the name of a European discotheque that shuttered its doors in the 90s. Legend has it, a player showed up in the olden-thymes with a cat head on a blue jersey and the name became synonymous with Coleman. Some prefer Christopher Lambert as Rayden in Mortal Kombat. Others cite his portrayal of Tarzan in Greystoke as his best work. I’d say his role in Connor MacLeod and bromance with Sean Connery in Highlander is the pinnacle of his career. The Woodlands should seriously consider the announcer screaming “There can be only one” before players bust through an inflatable and onto the field.

A name that clashes with about a dozen child labor laws, the Plowboys are young men that work the fields in the morning and then play football on the fields in the evenings. The name is also reminiscent of Star Wars, where a little farm boy grew up to be the deadliest serial murderer in the galaxy that kids happily dress as come Halloween.

The mascot isn’t as “cute as button” as the saying goes. Nor do they age backwards, like the Brad Pitt character. Instead, the buttons are the name of the individual rattles on a rattlesnakes tail — a serpent that clashes with the Catholic ideals of the high school.

When I was a little leaguer in Phoenix, I got caught in a sand storm. Parents and kids found shelter beneath the rubber backstop behind home plate, shielding ourselves from something that resembled Arnold Vosloo’s face scene from The Mummy. One again, to hype up the crowd, Amarillo needs to blast Darude’s “Sandstorm” before these kids hit the field. Nothing pumps up an audience like Darude.

Zebras look like an optical illusion and have stripes unique to each individual. They’ve never been domesticated because a rider would start seeing images in the patterns, like a 3D autostereogram. Grandview has the honor of being the only high school zebra in the nation.

I briefly lived in Huntsville, Alabama and our school took us to a children’s museum with a talking tree. The mechanical eyes creaked loudly as the robot nature thing spoke about cotton picking in the state back in the day and how Eli Whitney was a hero to everyone for creating the cotton gin. After, we were told to start picking cotton in a little exhibit until our little fingers turned raw. The labor is not pleasant at all. Not sure why Robstown chose the name, but I certainly don’t think the boys are soft like cotton.

We’ve all played with a porcupine as the elementary school class pet; they feel like the spiked hair of a kid that doused his scalp with too much Gorilla Snot. With their logo similar to an animalistic Igor, I’m nervous to see what the Springtown mascot actually looks like in person.

Living near Medina Lake in San Antonio, we used to have javelina digging noisily in our backyard during the dead of night. It sounded like the pigs from Angry Birds pillaging nests in the game. Residents were encouraged to shoot the beasts if spotted to decrease the ballooning population. In conclusion, javelina meat tastes awful, but a mascot commemorating the hogs is relevant in a state where they are everywhere.

How bout the Knippa Rockcrushers

Love Rockcrushers! What a great name!

The reason Central Catholic Buttons have that nickname is because they are the brother School of St. Mary’s University Rattlers…has nothing to do with the Catholic ideals…#fakenews #getitright

The picture of the Javelina mascot is from Texas A&M-Kingsville. The Crystal City colors are green and gold. Unique mascot nonetheless. PSJA SW are also Javelinas. I’m a Mercedes Tiger but what happened to the Donna Redskins, Churchill Chargers or Westlake Chapparals?