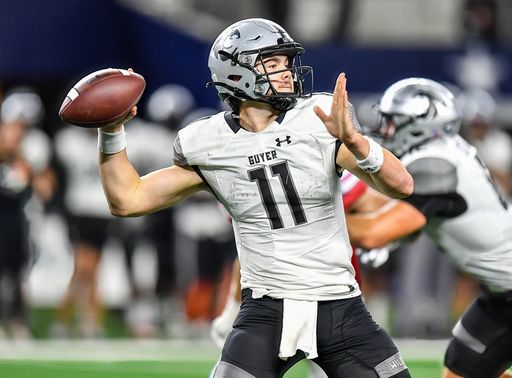 Denton Guyer remains in a tough District 5-6A with Allen, McKinney Boyd, and Prosper among others. (Credit: Stan Martin)

Thursday was the day circled in red on the calendar for many across the state of Texas as the UIL released its realignment plans for the upcoming two seasons. Here is a look at how the districts shook out in 6A Regions I and II.

Breakdown: 6A Region I looks nearly identical to last cycle with little notable movement. There is one very noteworthy addition in Dallas Highland Park, which moves up to 6A for the first time in six years. It joins Allen, Denton Guyer, Arlington Martin, and Euless Trinity among others as the teams to watch in the region come playoff time.

Notes: District 1-6A remains nearly identical from last year except for the addition of El Dorado, which moves up to 6A for the first time since 2017. It had plenty of success last time it was in 6A, making the playoffs every year from 2014-2017. Elsewhere, Pebble Hills will take on both of its offensive coordinators from last year as Mike Pry takes over as the head coach at Coronado and Eddie Cano takes over at El Paso Socorro.

Notes: Abilene drops down to 5A, reducing 2-6A from seven teams down to six teams for the 2022 and 2023 seasons. That will allow at least one of Midland, Odessa, or Wolfforth Frenship to snap a multi-year playoff drought.

Notes: Haltom shifts over to District 4-6A, making room for Crowley, which moves up to 6A for the first time in school history to join its school district rival, North Crowley. The four playoff teams from last year remain in the district, but North Crowley is currently in search of a head coach after Courtney Allen left to take over Mesquite Horn. Euless Trinity will also be adjusting to a new head coach as Southlake Carroll assistant Aaron Lineweaver takes over for the now retired Chris Jensen.

Notes: District 4-6A expands from a seven team to eight-team district as Haltom joins from 3-6A. Southlake Carroll will look to continue its district dominance as it goes in search of its fifth-straight district title in 2022.

Notes: 5-6A expands from seven teams to eight as Rock Hill moves up to 6A in just its third varsity season. However, it will be playing this season with a new head coach after Mark Humble stepped down this offseason. Elsewhere, proceedings will be just as competitive as 2021 6A Division II state runner-up Denton Guyer and the state’s largest school Allen continue to go head-to-head as the two favorites for the district title.

Notes: District 6-6A remains identical from the last cycle. Coppell will look to bounce back after missing the playoffs for the second time in the past three years, but it will have a new head coach at the helm after Mike DeWitt resigned this offseason. Plano East will also have a new man leading the program as Tony Benedetto comes over from Dallas Wilson. At the top, Flower Mound will be looking to secure its fourth-straight district crown after sharing the honors with Lewisville last year.

Notes: Conspiracy theories across the state were shot down this offseason as Highland Park was promoted to 6A for the first time since 2015. The Scots are the lone addition to District 7-6A from a year ago and will be expected to do battle with Dallas Jesuit and Lake Highlands for the district title this season.

Notes: District 8-6A is another district that stays intact from a year ago. Arlington Martin will look to keep its stranglehold atop the district after winning three-straight district titles. Arlington Sam Houston, meanwhile, promoted alumi Chris James to head coach after Anthony Criss accepted a new role within Arlington ISD. James will seek to make progress on ending the Texans’ eight-year playoff drought.

Breakdown: The District of Doom in 11-6A continues to be the most formidable in the region with state contenders in Duncanville, DeSoto, and Cedar Hill.

Nine teams from 5A move up to this region for this alignment, the most notable being Pflugerville Weiss which is coming off a 10-win season in its fourth year as a varsity program.

Besides that, it’s the usual contenders as there is relatively little movement from playoff contenders except for Hutto, which comes over from Region IV.

Notes: District 9-6A expands from eight to nine teams as Wylie East moves up to 6A for the first time in school history. Garland will look to build of off last year where it ran the table in the regular season before falling in a 41-40 heartbreaking defeat to Tyler Legacy in the bi-district round. Elsewhere, North Garland made headlines by snapping a 12-year playoff drought in 2021.

Notes: It’s two in and two out in District 10-6A for this realignment cycle. North Mesquite drops down to 5A Division I while Dallas Skyline shifts over to District 11-6A. Replacing them are 6A debutants North Forney and Royse City. It will be interesting to see if Royse City can keep its three-year playoff streak alive against 6A opposition. Rockwall Heath, meanwhile, will be looking to defend its district title with a new coach in charge as internal hire John Harrell takes over for the now-retired Mike Spradlin.

Notes: District 11-6A also swaps out two teams for the upcoming two seasons. Waco and Waco Midway depart as Midway shifts to District 12-6A while Waco drops to 5A Division I. The two additions see Dallas Skyline come over from District 10-6A after a disappointing 1-9 season and Mansfield Legacy jump up from 5A Division I. However, it’s a tough draw for the two newcomers as Cedar Hill, DeSoto, Duncanville, and Waxahachie have kept a stranglehold on the four playoff spots the previous two seasons.

Notes: District 12-6A sees three of its four playoff teams from a year ago return as Temple, Harker Heights, and Bryan are all back. Copperas Cove is the only other returner as Hutto shifts over from Region IV to Region II after making the playoffs in District 25-6A while Midway escapes the District of Doom for this alignment as it comes over District 11-6A. Weiss, meanwhile, jumps up from 5A Division I and will fancy its chances of making another playoff run in this district after it made the area round a year ago.

Notes: The Woodlands and College Park will look to keep their position atop District 13-6A heading into this alignment. Elsewhere, Caney Creek, Cleveland, and New Caney all come up from 5A Division I to expand the district to nine teams from six a year ago. The last two playoff spots initially look wide open as Grand Oaks continues to develop, while New Caney hasn’t missed the playoffs since 2014. Conroe snapped a nine-year playoff drought last year and will look to build off of that accomplishment this season.

Notes: District 14-6A remains unchanged from the last realignment. The Spring schools will look to continue to keep their perch at the top of the mountain, while Aldine and Aldine Nimitz will look a little different this season after making head coaching changes. Houston Sharpstown head coach Cirilo Ojeda takes over at Aldine, while Nimitz remains open for the time being.

Notes: District 15-6A adds one team from the previous alignment as Waller joins from 5A Division I. Tomball is back after making a run to the 6A Division II state semifinals last year, while Klein Forest is a program on the rise after Johnathan Wilson led it to a 5-5 record last year. Before that, The Golden Eagles had won just four games in the last four years combined.

Take a look at the complete realignment Here 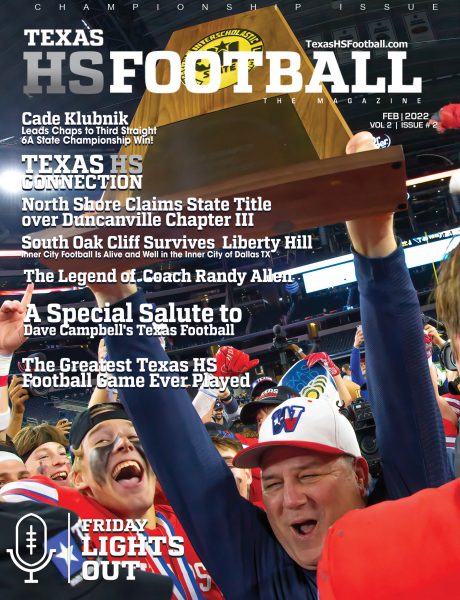