2A Division I State Title Game Preview: Shiner vs. Hawley 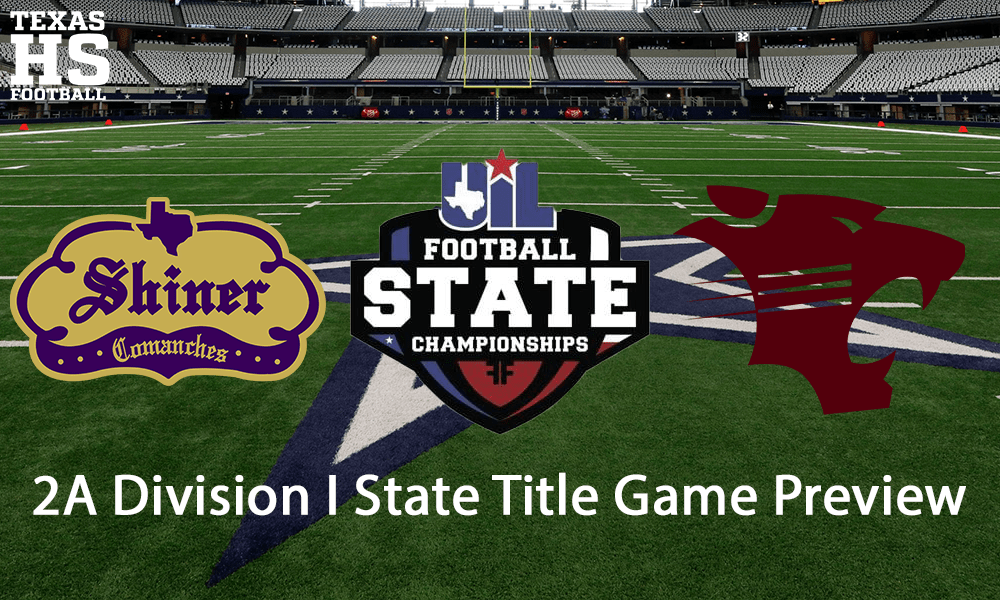 Shiner and Hawley will square off in the nightcap at AT&T Stadium on Wednesday in the 2A Division I State Title Game.

Shiner will be looking to secure its second-consecutive state title after it knocked off Post 42-20 in this game in 2020. Hawley, meanwhile, is making its first-ever state title game appearance.

Here is what to look for on Wednesday night. 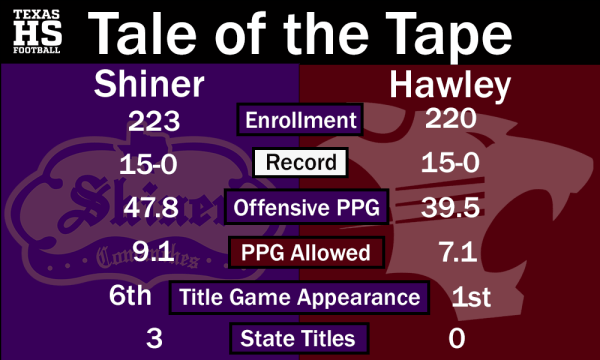 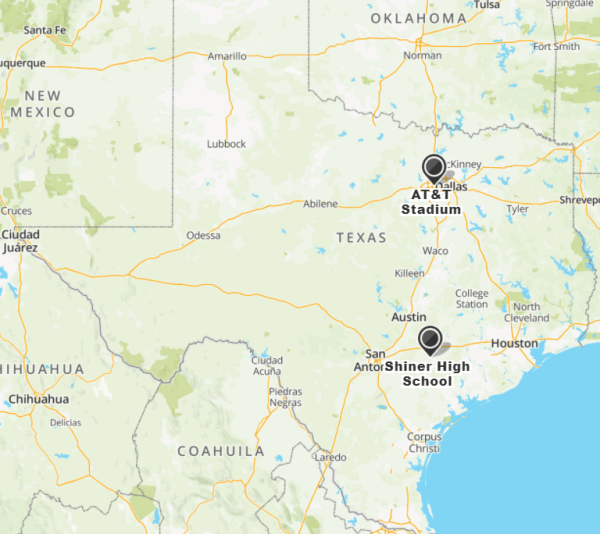 Shiner’s statement moment came in the regional final round where it dismantled a Refugio team that was expected to be Shiner’s biggest challenge in the playoffs.

The Comanches are led by a speed-strength combination in the Brooks brothers. Dalton (2,416 rushing yards) brings the breakaway speed and shiftiness and had 243 rushing yards last week against Timpson, while his brother Doug (1,646 rushing yards) also stars on the defensive line and is an absolute load to bring down.

The Hawley defense will have its work cut out trying to slow down either of the Brooks brothers.

“We are blessed to have two really good athletes to give the ball to,” Shiner head coach Daniel Boedeker said. “We know we always have a chance for a successful play with the way our offensive line gets after it and with either of those two carrying the ball. They are not only great athletes, but really good kids that work extremely hard at everything they do.”

And while Shiner doesn’t throw it much, Drew Wenske has delivered when called upon, throwing for 445 yards on just 21 passing attempts in the playoffs.

On the other side of the ball, look for Doug Brooks to hassle the Hawley backfield throughout this contest. And with a defense that is holding opponents to just nine points per game, every Hawley yard will be hard-earned. 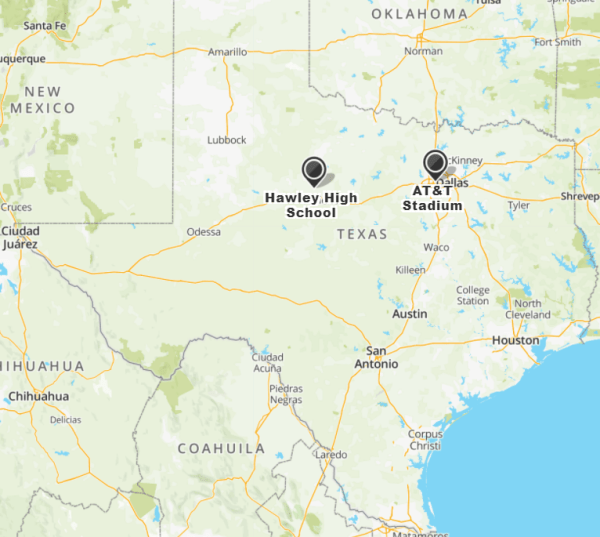 Hawley is making its first-ever appearance at a state title game. The Bearcats have been led by their defense which has shutout seven teams this season and given up just 106 points in their 15 games.

Linebacker Will Scott (110 tackles, 8 interceptions, 3 forced fumbles) has been a turnover forcing machine. In front of him, on the defensive line, Kyle Nichols (110 tackles, 32 TFLs), Corley Williams (28 TFLs), and sophomore Diontay Ramon (22 TFLs) have racked up the frequent flier miles with the number of trips they have taken to opponents’ backfields this season.

“Our defense had been our spark all year,” Hawley head coach Mitch Ables said. “We have some great leaders on the defensive side of the ball, and it has shown up for us in the playoffs.  Our defense relies on disrupting offenses in the backfield.”

But the Brooks brothers will be unlike any challenge Hawley has faced this year. Ables said his team knows they will need to rise to the occasion on Wednesday night.

“Shiner and the Brooks brothers are a truly special and talented football team,” Ables said. “We have to play our best football and make tackles when we have opportunities to make tackles.”

On the other side of the ball, Hawley has been without its star running back Austin Cumpton the past two contests. Luckily for the Bearcats, Ramon has stepped up with 255 rushing yards in the last two contests. Quarterback Rodey Hooper (2,392 passing yards, 27 touchdowns, and 12 interceptions) has proven to be a reliable presence running the offense in his first-year as the full-time starter.

Out at receiver, Kason O’Shields has been a ballhawk on both sides of the ball as he has seven interceptions to go along with his 722 receiving yards.

And after 53 years of varsity football without a state title game appearance, Hawley will be ready to go on Wednesday night.

“We’re looking forward to playing in the State Championship Game on Wednesday Night,” Ables said.  “We have to be physical and play to the best of our abilities. Shiner is a great football team, and we can’t let them get going.”

Hawley’s defense has been lights-out all year, but it will face its stiffest test so far against Shiner’s talented offense led by the speed and strength of the Brooks brothers.

Expect plenty of hard-nosed football on Wednesday night as the second and third-best scoring defenses in 2A Division I go head-to-head on Texas’ biggest stage.