Conference 2A contains the smallest high schools in Texas that field an 11-man football team, and it is common to see players play both ways because of the smaller rosters.

This year, one team is looking to earn a piece of history, another team is looking for its first ever state title, a set of brothers lead one team, and a pair of cousins lead another. All told, there are plenty of storylines for these 2A state championship games. Here is what to watch for Wednesday night and Thursday morning.

Tale of the Tape: The four-peat is on. When it takes the field on Wednesday night, Mart will be looking to become just the fifth team in Texas high school football history to win four straight state titles. The Panthers have been a dominating force in the playoffs too, winning all four of their postseason games by at least 27 points. Standing in their way are the Windthorst Trojans. The Trojans are making their first appearance in the state title game since 2010 and are looking for their first state title since 2003. The Trojans bring in a stout defense, which has given up only just over ten points per game this season. That defense took center stage in the semifinals when Windthorst took down Wellington 7-0 in a slugfest.

Key Players: This Mart team runs through Roddrell Freeman on both sides of the ball. Freeman has thrown for 1,382 yards and rushed for 1,659 yards this season, totaling 44 touchdowns offensively. He also has 25 tackles for loss defensively, and his impressive play has attracted offers from both Prairie View A&M and Texas Tech. When Freeman does not have the ball in his hands, junior Klyderion Campbell, a three-year letterman who has 867 rushing yards and 19 touchdowns this season, and the versatile Kei’Shawn Clater, 958 rushing yards and 326 receiving yards, are two more players to watch for this Panther offense. The Medlock brothers should also be heavily involved on Wednesday night. Da’Marion leads the team in tackles with 95 and has also racked up 235 yards receiving, while De’Traevion has been a ballhawk on both sides of the ball, leading the team in receiving yards (435) and interceptions (4).

The Trojans will look to counter Freeman’s exploits for Mart with the Belcher cousins. In his second year starting, quarterback Cy Belcher has thrown for 2,176 yards and added 679 yards on the ground, while running back Ethan Belcher has rushed for 1,964 yards and 29 touchdowns and also leads the Trojans defense in tackles with 143 on the year. When the Trojans do air it out, the offense tends to go through senior receiver Kyle Wolf, who has 1,040 receiving yards and 16 touchdowns on the season. Defensively, the Trojans have some talented linebackers to lean on. Belcher is joined by fellow seniors Andrew Scheffe, 115 total tackles, and Tryston Harding, 91 total tackles and four interceptions on the year, to complete a trio of linebackers tasked with stopping Mart’s powerful rushing attack.

Mart will certainly be favored in this one as it seeks after a victory for the record books, but after the Windthorst defense shut out a Wellington team that was averaging 38 points per game in the semifinals, it would be unwise to count the Trojans out.

Tale of the Tape: Shiner is back in the state title game for the first time since 2013 and is looking for its first state title in 17 years. Post returns for the second consecutive year, but the Antelopes are still looking to earn their first ever state title. The story of this game could very well be unstoppable force against immovable object as Post has only given up 67 total points in the 13 games it has played this year, while Shiner comes into this showdown averaging 50 points per game offensively.

Key Players: Look for Post to run it early and often on Thursday morning. The Antelope backfield is led by the experienced duo of running back Ashton Jefferson, 1,600 rushing yards and 20 touchdowns on the season, and quarterback Slayden Pittman, who has racked up 1,323 passing yards, 869 rushing yards, and 35 touchdowns this year. Senior Nathan McDaniel is another key player in the Antelope offense that will help complement Jefferson as he has rushed for 558 yards this year. McDaniel also leads the team in receiving yards, 389, and interceptions, eight, so expect to hear his name throughout the contest against Shiner. The Antelope defense is anchored by three talented linebackers who are the three leading tacklers for Post. Pittman, 109 tackles, also stars at middle linebacker, while Steven Huff, 117 tackles and 28 tackles for loss, and Aldo Mendoza, 113 tackles and 25 for loss, join him to create a formidable challenge for any opposing offense. “I think the keys to our defense are doing a couple of little things well,” Post head coach Michael Pittman said. “We get lined up correctly to different formations and communicate with each other, [and]we pursue to the football and try to have many players making tackles, not just one or two.” With the way that Post has been playing defensively, Shiner will certainly have to fight for every single yard on Thursday morning.

However, the Comanches possess a running game talented enough to give this Post defense a real challenge. Zane Rhodes, Dalton Brooks, Doug Brooks, Trevor Haynes and quarterback Tyler Palmer are all viable options out of the Shiner backfield, enough to give defenses a headache. Rhodes, who also stars at linebacker for Shiner, has 383 rushing yards in the playoffs. The Brooks brothers then bring a combination of strength and speed. Junior Doug, who plays defensive tackle too and has an offer from Houston, comes in at 265 pounds and has 271 rushing yards in the playoffs, while Dalton Brooks, who plays safety defensively and runs a 4.54 40-yard dash for the Comanches, has paced the team with 455 rushing yards and 119 receiving yards in the five playoff games. Senior running back Haynes pitched in with 75 yards rushing against Timpson and is a speedy option out of the backfield for Shiner. And lastly, quarterback Tyler Palmer, 243 rushing yards and 381 passing yards in the playoffs, rounds out this quintet of threats for the Comanches. “Those guys all complement each other so well, play calling does not have to change; they can all do the same things in our offense and do them well.  They are very smart kids who are all physical runners with good speed, and they can adjust to things rather easily if needed in the game,” Shiner head coach Daniel Boedeker said. “Keeping them fresh is something else that makes our run game successful; those guys rotate and split the carries in the game, so we aren’t just relying on a couple of kids to get 20 carries each. Then one of the most important aspects is the offensive line. Our offensive [linemen] are a great group of hardworking kids that work well as a unit and take pride in their job and are also very intelligent students and football players, so we are very fortunate to be able to put great skill players with some really good offensive lineman.” Look for these five players and their reliable offensive line to give the Post defense a stern test as they look to lead Shiner to its first state title in 17 years.

This could very well be the fastest state final as both teams rely almost exclusively on their rushing attacks. Whoever wins this one will certainly have earned it as both teams look to grind out rushing yardage with their ground-and-pound philosophies. 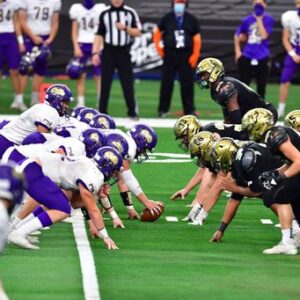 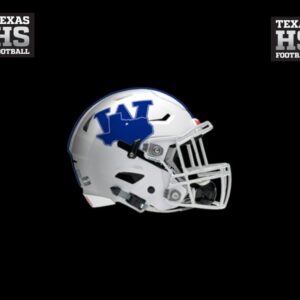