3 Moves Cowboys Must Make in 2018 Offseason 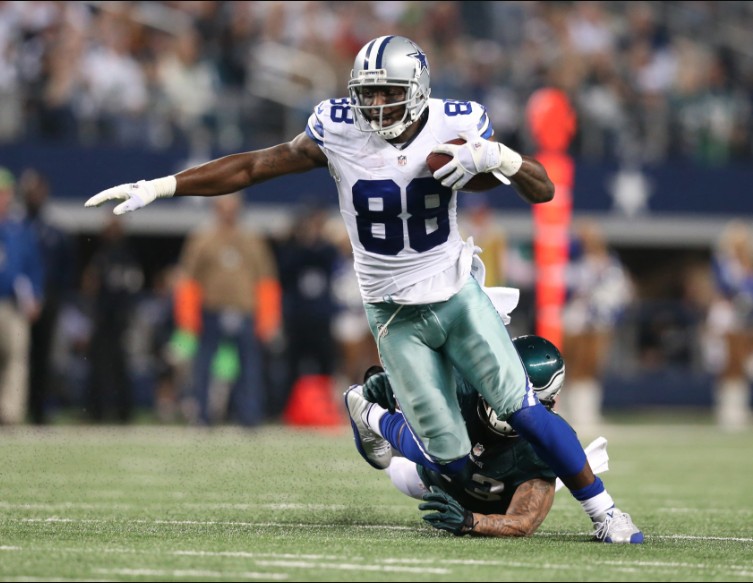 Much to Dallas fans’ dismay, there is no playoff football for the sixth time in a decade.

How the Cowboys attack the upcoming offseason, specifically the free agency period that began Jan. 1 and the NFL Draft on April 26, can position them to not only win the NFC East, but also set themselves up for postseason success for the foreseeable future.

Without a consistent secondary option to draw double coverage away from perennial Pro Bowler Dez Bryant and without Ezekiel Elliott for six games due to suspension, Dallas was noticeably limited and dependent on the arm and mobility of second-year quarterback Das Prescott. Five key moves, though, could transform “America’s Team” into a year-in and year-out playoff contender.

The first item in this list may induce the most uneasiness but, with his late December “Hell no” comment to taking a pay cut aside, Dez Bryant is approaching the wrong side of 30 years old.

Assuming he hasn’t changed his tune about reconfiguring his 5-year, $70 million ($20 million signing bonus) contract, the Cowboys will either have to make the decision to hope that his sub-par performance in 2016 or decide to part ways with the 8-year wide receiver. Factoring his age and the expected decline that inevitably comes with time and the punishment that accompanies the sport, the latter may be the best direction.

Bryant gained 838 yards and scored six touchdowns in 2017, but hasn’t eclipsed 1,000 yards or double-digit scores since his 2014 Pro Bowl season. In eight seasons, he he’s had only three. His target-per-reception ratio, too, has been on a steady decline.

Dallas still has Bryant under contract until he becomes and unrestricted free agent in 2020. According to spotrac.com, the Cowboys owe the 29 year old $12.5 million in 2019. With a year remaining on his contract, they could opt to put him on the trade market and attempt to field valuable draft picks to find a new No. 1 receiver.

Recent statements to the Dallas Morning News by Brice Butler, who claimed he “produced more than Dez,” should intensify that decision.

While they could pair Bryant with Cincinnati free agent A.J. Green, they might be better served pairing him with Butler. Green has been markedly more effective during the same 3-year time frame, gaining 1,000 yards or more in every season except 2016. In Butler’s third season as a Cowboy, the he had nearly half as many yards (313) and exactly half as many TDs (3) with 54 fewer receptions.

The 6-foot-3 receiver also hauled in 15 receptions on 23 targets.

Using the No. 19 pick to select Southern Methodist University 1,000-yard wideout Courtland Sutton, who is expected to be available late into the first round, or either a safety to solidify the secondary’s back end (think Florida State’s Derwin James if he falls that far) or a linebacker to become the heir-apparent for aging veteran Sean Lee (think Georgia’s Roquan Smith) may be a longer term solution to restoring Big D to dominance.

The second item may make many as uneasy as the first.

Jason Witten has compiled a near-first ballot Hall of Fame resume, but his time in the sun is setting. Despite signing a 4-year contract extension last March, he’ll be 36 before the start of the 2018 season. Per Pro Football Reference, his yards per season have decreased every year since 2012 — the last year he had 1,000 or more yards. 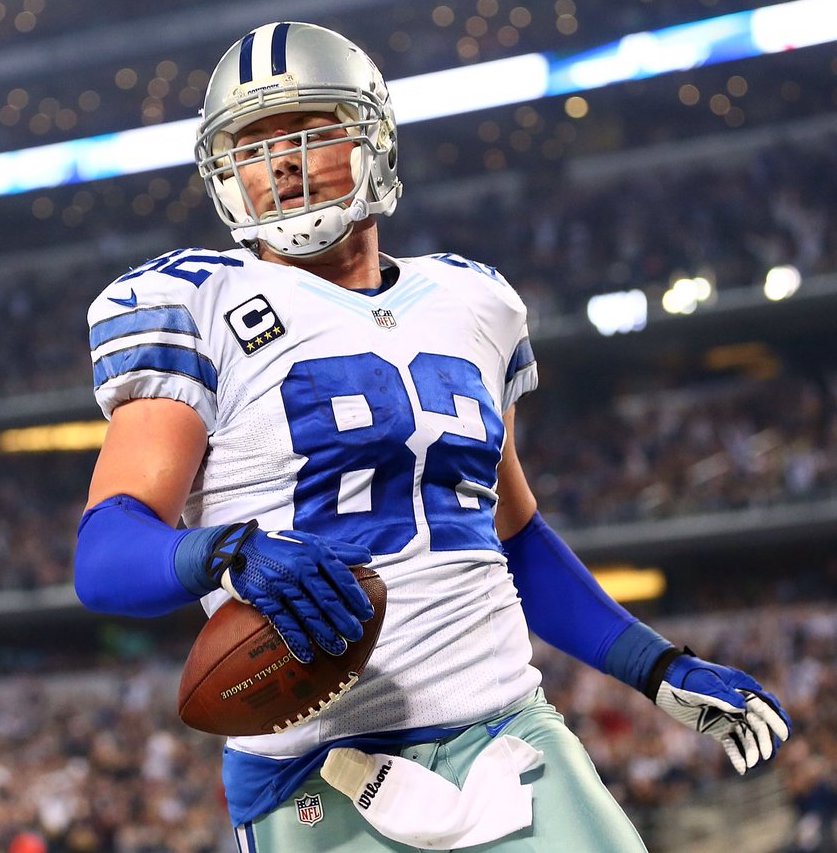 He may have one or two years of serviceability in a body that’s sustained a jaw fracture (2003), a rib fracture (2008), a grade 1 cranial concussion (2010), and a lacerated spleen (2012). This year’s draft, however, may be the perfect storm to find a space-eating possession receiver that can also bolster the run game.

The Cowboys can roll the dice on a oft-injured but 27-year-old uber-talented athlete like Cincinnati’s Tyler Effect, a 26-year old Trey Burton who’s stuck behind Zach Ertz on the Eagles’ depth chart, or draft Oklahoma junior and No. 1 rated tight end Mark Andrews or Wisconsin senior Troy Fumagalli in later rounds. 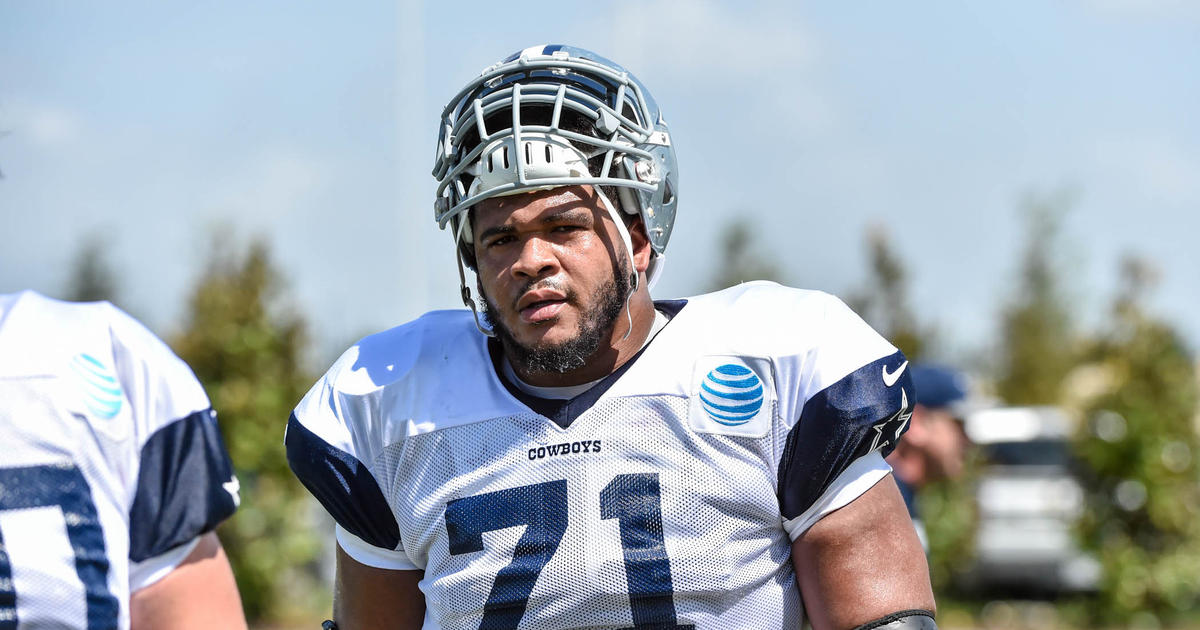 The third is just common sense.

It’s no secret that Dallas’ gamble on La’El Collins at right tackle hasn’t quite panned out. Though the sensible decision may be for the team to shift him back inside — especially if Jonathan Cooper isn’t brought back — they will eventually be forced to find a permanent solution to protecting their franchise quarterback.

Enter Arizona’s Earl Watford, who could slide from guard to tackle in the Cowboys system, and New England’s LaAdrian Waddle. Each offensive linemen is 27 years old or younger and plays for a team that boasts a potent run game. While the Cowboys league rank in rushing dipped only a single position, their number of first downs dropped 9 percent and their number of sacks allowed rose by four from 34 to 38.

Dallas has arguably the best offensive line in football but a minor tweak like finding a dominant right tackle and shifting Collins inside could jumpstart a playoff drive.