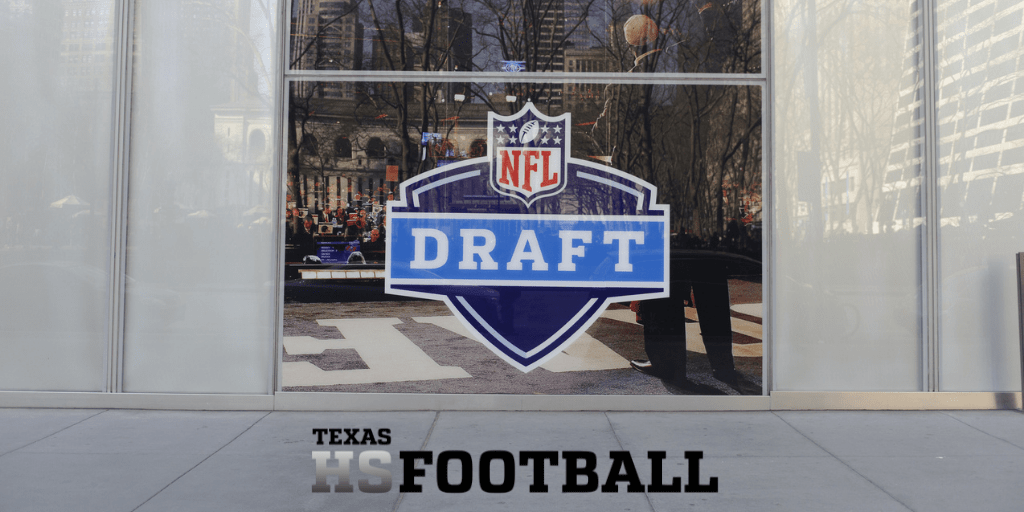 In most of the recent NFL Drafts, Texas battles with California, Florida, and Georgia for who produces the most first-round NFL draft players. This year, Texas produced the second most, four, trailing California by one.

We had to wait a few picks longer than we usually do to hear a former Texas high school football players name go in the first round of the NFL draft, but we did hear one going with the 10th pick in the 2022 NFL Draft in Las Vegas, and then another name in the top 15.

Garrett Wilson was the first former Texas high school football player drafted, and the second wide receiver taken. Drake London was the first WR taken at number 8 by the Atlanta Falcons. One pick after Wilson was taken, his Ohio State Teammate Chris Olave was taken by the New Orleans Saints.

Wilson joins a young Jets team, with second-year Quarterback Zach Wilson. They also have Corey Davis and Elijiah Moore at wide receiver. Wilson should get plenty of opportunities for catches and may find himself in the offensive rookie-of-the-year conversation.

The 6’4” 325lb offensive linename will get to stay home and play for the Houston Texans. From Humble, Texas, Green will be just 30 minutes from where he played his high school ball.

The Houston Texas are in rebuild mold, with veteran coach Lovie Smith as the new head coach. Green should start immediately and protect Davis Mills. Mills played well enough as the starting QB in his rookie season last year that the team is giving him the opportunity to be the new franchise QB, replacing DeShaun Watson.

Smith, like Kenyon Green, gets to stay home being less than an hour drive away from his former high school. It is hard to imagine a 6’5” 325lb guy going under the radar, but Smith was only a 3-star ranked player and had just 4 major D1 offers.

Smith gives the Cowboys much-needed help on their offensive line. He can play both guard and tackle and should find himself starting game 1.

The Vikings acquired the last pick of the first round via a trade and took the 5th defensive player drafted from Georgia in the first round. Cine moved to Texas as a Senior and played TAPPS football.

At Georgia, he won a National Championship. He joins a Vikings team that has had outstanding safety play over the last decade, and still have 6-time pro bowler Harrison Smith. But, Cine should start right away and be able to learn from Smith and veteran CB Patrick Peterson.