With Thursday’s 2018 University Interscholastic League realignment set in stone — except for those that wish to appeal their districts between Feb. 2 and Feb. 11 — arguably more parity has been added to each classification.

There is one other in the Dallas-Fort Worth Metroplex that could be considered one of the toughest districts Texas has to offer after stepping up a classification. It’s one with a familiar moniker — the “District of Doom.”

TexasHSFootball asked head football coach Kirk Thor — a former head coach at Mansfield High before becoming the assistant athletic director at Mansfield ISD in 2008 — five questions about Mansfield Lake Ridge’s move to Class 6A. It also asked the man undertook the responsibility of building a program from scratch in 2012 how the Eagles have progressed during their first seven years and how their recent playoff runs have prepared them for competition on a higher level.

TEXASHSFOOTBALL: From your perspective, how does the new district look and how do you think the pairing will play out?

We really can’t control who we play, how big or fast they are, or what their records are. We work on getting better one day at a time. A lot of people say that but that’s really what we believe in as a program.

TEXASHSFOOTBALL: How do you think playing against teams like Lancaster and Waxahachie prepared your team for the move?

THOR: I think the stress of week to week play is what’s important there. When you play good teams, every district game is a playoff game and there is no room for a letdown, you sometimes learn to win when you don’t exactly play well. Being in those types of situations, the kids are used to the stress of the game.

They’re used to the pressure. When you play those games you become accustomed to handling it and how to stay focused on taking the game one play at a time.

TEXASHSFOOTBALL: Does your recent playoff success figure into that preparation?

THOR: We’ve played six extra weeks one year and two years we went three rounds deep and last year we went four. That’s a lot of extra football practice for kids. When you get into the playoffs, that’s a lot of touchdowns, intense games to play. 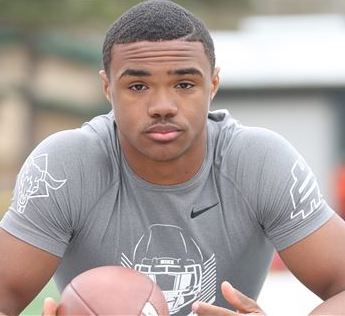 TEXASHSFOOTBALL: With starting quarterback Jason Bean graduating and regarding your current roster compilation, how do you think Lake Ridge is built to handle life in Class 6A?

THOR: I think we’re set. Chandler Rodgers is our starting quarterback and he played a lot for us last season and some games as a sophomore. He’s a seasoned veteran in varsity football that I expect to have an outstanding senior year and become a [NCAA] Division I recruit. He’d be the second guy to sign DI as quarterback since we opened.

We’ve got to replace some guys on defense and offense — we’ve only got four on defense and three on offense returning [as starters]— but a lot of our kids have played, even though they weren’t starters. We’ll have some young kids moving up from the JV that are ready to play, too.

We’ll be a little younger and not quite as big as we were, but our kids really believe in what they can do, playing hard for 48 minutes and looking at the scoreboard when its over.

Every team is different. This is team No. 7 for us. There will be unique personalities but it will be fun to see how it all plays out. We’ll be young, but I’m really excited about what this team could be.

TEXASHSFOOTBALL: Was there a growing idea that Lake Ridge would have to move up to Class 6A? If so, were there preparations for that move?

THOR: Our enrollment has grown and so has the district but the plan from the start when we opened the school has always been building a program instead of going 6A. We opened six years ago and we opened with a varsity schedule.

Most programs open with a JV schedule for two years and develop their kids. We didn’t. We opened grades 9-12 with varsity football the very first season. We had six seniors and a lot of kids who had never played football and went 0-10.

We took a lot of bad losses but our kids fought through that and more importantly, learned from that while being upbeat and positive. Our culture then and our culture now really hasn’t changed that much as far as the relationships we build and developing them athletically and for the game of life.

It’s about following that model. I think sometimes we live in a “microwave” society and we want everything done now. You’ll see new coaches go in win right now but down the road they don’t do as well.

Mansfield Lake Ridge looks at it like an oven. We were 0-10 and then 2-8 the next two years, but after that we had a playoff run four years.

We’re teaching football but its really just a tool for life. We have these kids of four years but we’re preparing them for the next 40. We try to build the best your men we can and I think that translates on the field as well.