After Strong 2016 Season, Coppell Primed For A Deep Playoff Run In 2017 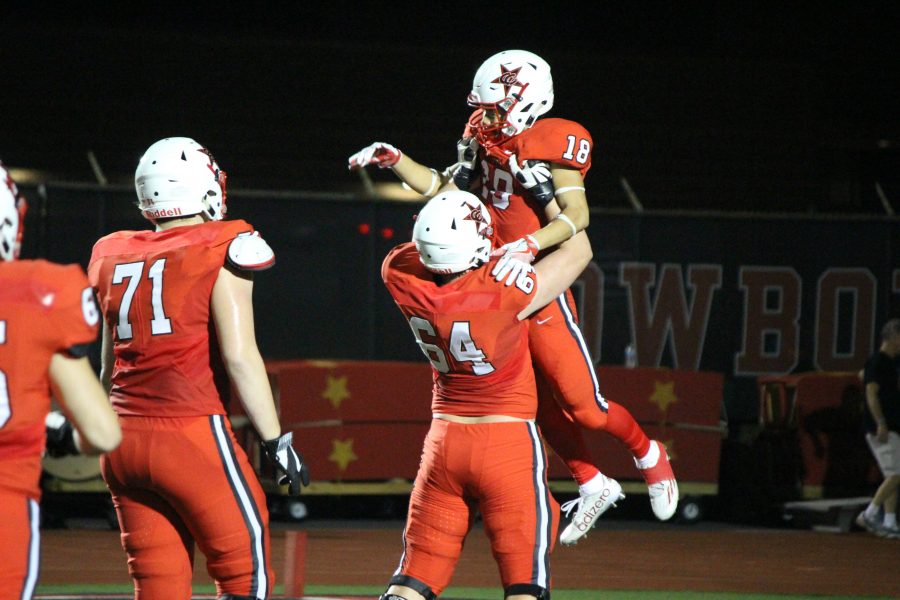 The Coppell Cowboys have become consistent playoff contenders in the Dallas-Fort Worth Metroplex and 2016 was no exception. After finishing 11-11 over the previous two seasons, head coach Mike DeWitt took his team to the regional semifinals and a 10-win season.

Offensively, the Cowboys bring most of their key playmakers back, but quarterback Brady McBride (who we’ll get to in the key returners) will be without one of his top targets in receiver Matt Dorrity. Dorrtiy came on strong during the second half of the season and finished third on the team in receiving yards (607) and second on the team in touchdowns (8).

The big losses come in the linebacker unit of the Cowboys. Their top four leading tacklers from last season are all graduating and were part of a unit that was simply all over the field. Finglass (112 tackles) and Loop (106) finished with over 100 tackles each while Rupley and Kalina were both well into double digits in tackles for loss. The Cowboys will need to have players step into those roles and take over for a productive and experienced unit.

What Coppell loses on the defensive side of the ball, they make up for it on the offensive side of the ball. Quarterback Brady McBride will be back for his senior season as will two of his top three targets at receiver in Blake Jackson and Gabriel Lemons. McBride can be a dual-threat at the quarterback position (2,616 yards, 33 TDs passing, 480 yards, 7 TDs rushing) and another year as a starter should see quite a bit of growth and improvement.

As for his receivers, Jackson (65 catches, 781 yards, 9 TDs) was the top target and he’ll be leaned on more again in 2017. Meanwhile, Lemons (43 catches, 616 yards, 7 TDs) presents himself as a bigger target for McBride standing at 6-2. He also has seen time on the defensive side of the ball at cornerback so expect him to be a versatile playmaker for the Cowboys.

On the defensive side of the ball, KK Moe was a solid playmaker at the end position for Coppell, finishing with 39 tackles and five sacks in 2016. With the Cowboys installing so many new linebackers in 2017, DeWitt will look to lean on both the defensive line and secondary to fill the void in production.

Finally, Jonathan McGill is another potential two-way playmaker who stood out on the defensive side of the ball. The rising junior led the team with seven interceptions in 2016 and also saw some touches on offense, piling up nearly 400 yards and four touchdowns on that side of the ball. That versatility is invaluable and expect him to become a much bigger name across the state in 2017.

With the offensive talent coming back, the Cowboys are in a very good spot to emerge as a top contender out of District 9-6A. After making it to the regional semifinal round in 2016, don’t be surprised if the Cowboys can make another run out of Region II possibly past the third round.

The big question for the Cowboys will be how they replace the linebackers on defense with all that production. Figure out that question and Coppell could be considered a 6A contender.