AP No. 8 Van faces Kaufman in Class 4A Battle for District Supremacy 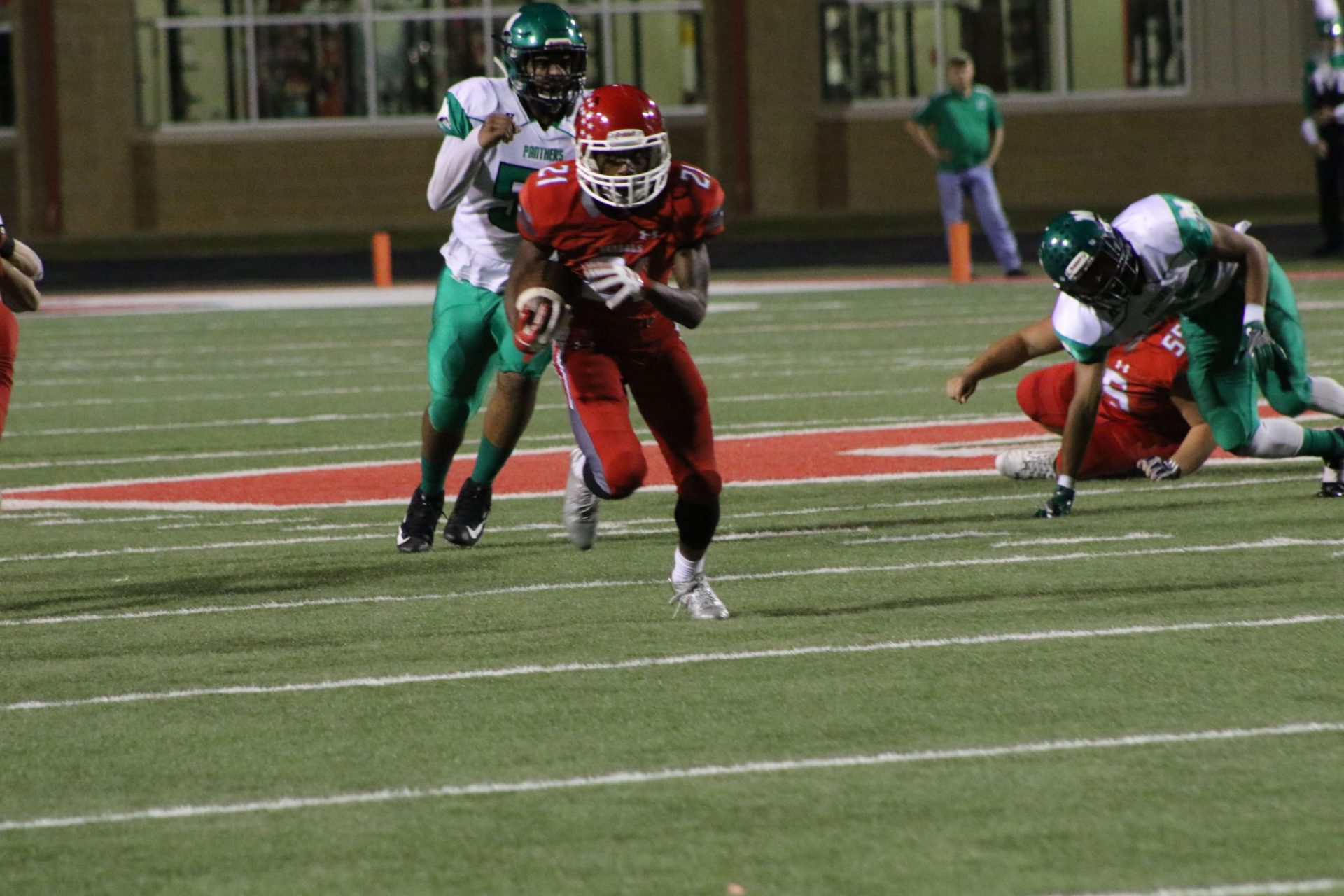 KAUFMAN — In a rising class of prep football, one of the most exciting games of the weekend might be the 7:30 p.m. Friday matchup between the Lions and Vandals at Lion Stadium and its 7,181-resident city of Kaufman.

The CBS Sports affiliate also has them ranked No. 679 nationally.

LEARNING FROM FALL TO TAPPS

Kaufman is lead by junior quarterback Tre Collier and senior wideout Michael Glick, scoring 28 points per game in nine matchups. Their lowest point total was 19, during a season-opening win against Lindale High School. While the Lions schedule hasn’t included any state-ranked UIL opponents, their only loss came against TAPPS 1-5A Bishop Lynch High School. 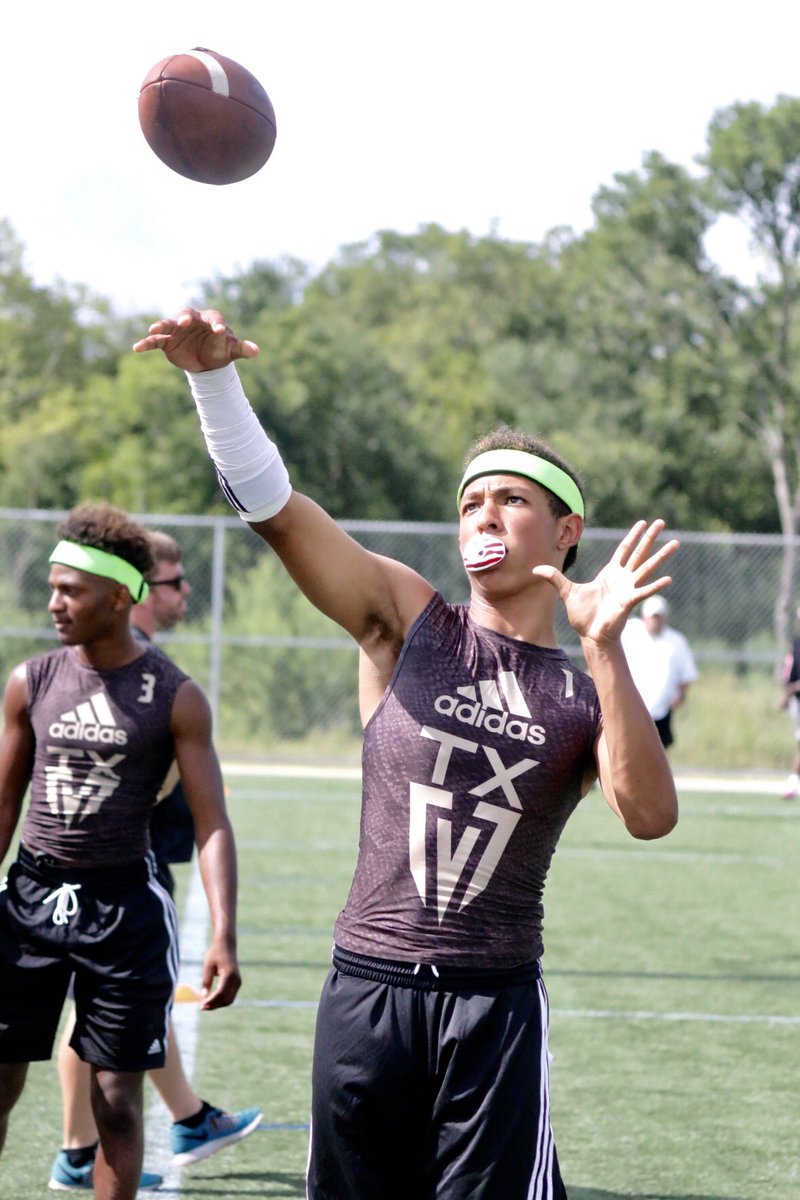 “Kaufman has a great team. We’ve had some wars with them over the last 3-4 years and they’ve done a great job,” Head Coach Jared Moffatt said.

Chuck Faucette and the TAPPS defending state champion Friars are 8-0 overall and 5-0 in district after scoring 40 or more points in three of their eight games and 28 or more in four. Bishop Lynch, which is on a 13-game win streak dating back to 2016, won its matchup with Kaufman via a 40-0 shutout.

Since the Sept. 15 loss, the Lions have allowed only 18.6 points per game. During the College Station 7-on-7 State Championship, Collier, Glick and the Lions nearly claimed a second consecutive title.

Six months before, they lost to Midlothian Heritage High School in the area round in the of the 2016 UIL 4A playoffs.

ALL ABOARD THE PARTY ‘VAN’

True to their team moniker, Van’s defense has ‘vandalized’ opposing offenses this season — namely District 17-5A Lindale and District 8-4A Crandall  — with key turnovers and clutch defensive stops, while holding the eight teams to a collective 25.3 points per game.

Behind the arm of 5-foot-11, 190-pound senior quarterback Garrett Moseley the Vandal offense has been similarly dominant, scoring 49 points or more in seven of their eight games. 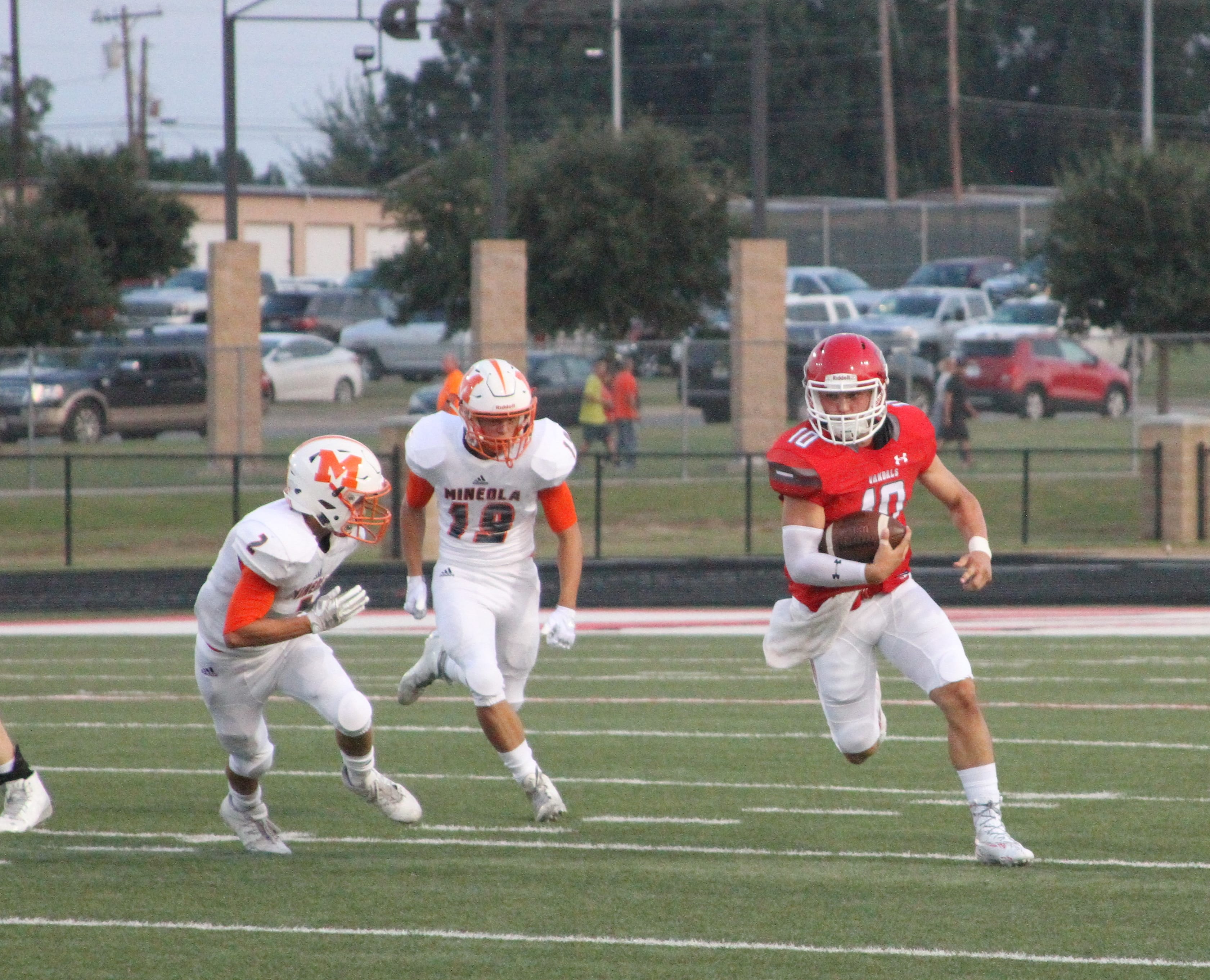 Into the district matchup with Kaufman and the season finale against Terrell, Moffat said both units will be needed to finish the season strong. The Vandals also have the added benefit of lastFriday’s open week.

“It’s beneficial for us having that open week because it gives us a chance to focus in on those guys and to heal up. I just guarantee you that it will be a war. Both of those teams will go after each other,” he said. “There’ll be a lot on the line and it should be a great high school game with a great atmosphere. That game is huge, no doubt about that. We both will know that going in. If you can’t get focused to play Kaufman and Terrell to finish your season, then something is wrong with you. These guys will be ready to go.”

Marcus Matthews-Marion is the managing editor of TexasHSFootball, covering prep football throughout the Lone Star State. Follow him on Twitter,@RealMarcMarion, and read more of his content here.