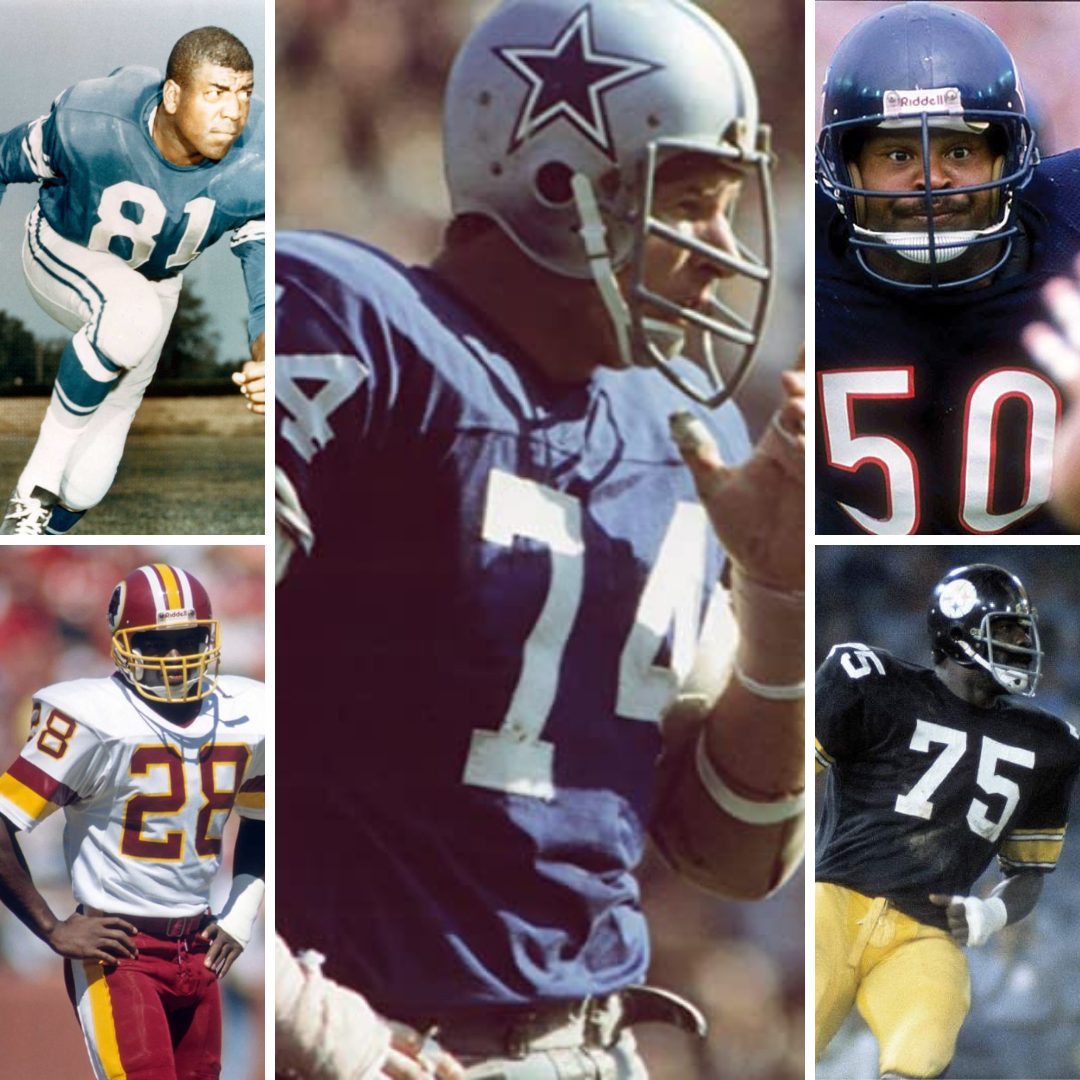 *Note: This list is and the poll is from your top 5 most mentioned players when we asked this on Twitter and Facebook. There may be players who should be ranked ahead of one or two of these, but this is your poll and based on your submissions and feedback. 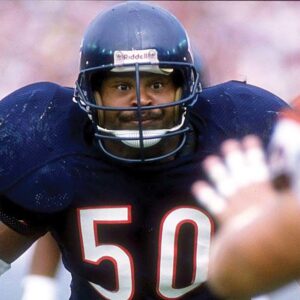 One of the greatest Linebackers of all time, and a Chicago legend (Daaaa Bears!), Singeltary was born and raised in Houston, Texas.  He played high school football at Worthing High School, and all black high school.  He was all-state as a freshman as both a guard and linebacker.  He then attended Baylor. He was a college All-American, averaging over 15 tackles per game in both his Junior and Senior seasons.

Singeltary was drafted by the Chicago Bears in 1981 and immediately became their starting middle linebacker.  Over his 12 year career, he started 172 out of 174 games.  He was one of the most intense and feared players of his time and was the star of what many consider the best defense and team ever, the 1985 Bears.  He was a 10-time Pro Bowl selection, 2-time Defensive Player of the Year, and made 9 All-Pro Teams (8 of them First-Team). 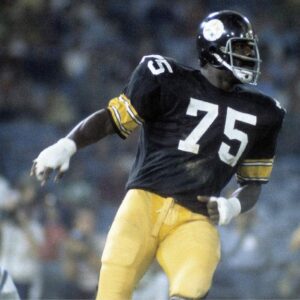 The defensive leader for the turnaround of the Pittsburgh Steelers franchise, “Mean” Joe Greene was born in Temple, Texas and played for Dunbar.  His high school team had a losing record, and he did not have much interest from colleges, but he was offered a scholarship to play for North Texas State University (now University of North Texas).  He found himself on a team again that struggled to get wins, but he did draw attention by his senior season in which he was an All-American.

The Pittsburgh Steelers, then arguably the worst franchise in the NFL, took a chance and drafted Greene with the fourth pick in the NFL Draft. It was an unpopular pick in Pittsburgh and considered by football experts as a terrible pick.  Greene would quickly prove everyone wrong.  Despite Pittsburgh going 1-13, Green won the Rookie of the Year. After another terrible season, Pittsburgh started their winning ways with an 11-3 1972 record and Greene winning Defensive Player of the Year. He would get his first of 4 Super Bowl Wins in 1975.  Greene was a 10-time Pro Bowl selection and made 8 All-Pro Teams (5 First-Teams). He was a 2-time Defensive Player of the Year winner. 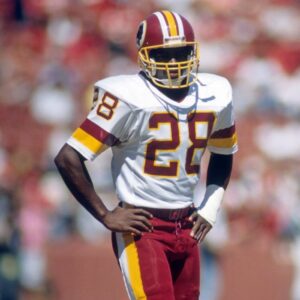 The fastest player in the NFL in the 80’s, Green played high school football at Jesse H. Jones High School. He did not make the varsity team until his senior season.  Green went to Texas A&I University (Now Texas A&M -Kingsville) as a track star, but also played football.  He still holds the school and conferences 100-meter dash record. He was an All-American in 5 different track events.

Green was the last player selected in the first round in 1983 by the Washington Redskins.  He started as a rookie, led the team in solo tackles as a defensive back, and was runner-up to Eric Dickerson for Rookie of the Year.  Green won the NFL’s Fastest Man Competition 4 times and was undefeated in races.  He led the Redskins defense in 2 Super Bowl wins.  He was selected to 7 Pro Bowls and was First-Team All-Pro 4 times. He had an interception in 19 consecutive NFL seasons and holds the record for most games played by a defensive player with 295 games. 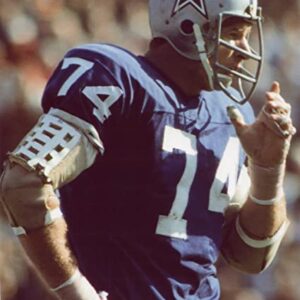 Perhaps the greatest Dallas Cowboy ever, Lilly was born in Olney in 1939 and played for Throckmorton.  However, due to the Texas drought in 1956, Lillys family, all farmers, were forced to move to Oregon for his senior season.  He then came back to Texas for college, playing at Texas Christian University, where he was an All-American.

Lilly was the first-ever draft pick for the Dallas Cowboys.  He was initially a defensive end before Tom Landry moved him to defensive tackle.   He was the start of the “Dooms Day Defense.”  Lilly won one Super Bowl with Dallas.  He was selected to 11 Pro Bowls and made 9 All-Pro Teams (7 of them First-Team). 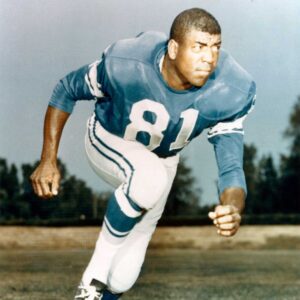 Perhaps the most feared defensive player ever, Lane was born in Austin in 1928 and played high school football for L.C. Anderson High School.  After high school, he played basketball in the Negro League for the Omaha Rockets, a minor league team of the Kansas City Monarchs.  He then played one year of football at Scottsbluff Junior College in Nebraska before joining the Army for 4 years. He played on the Fort Ord Army football team where he received All-Army Honors 3 times.

In 1952, Lane walked into the Los Angeles Rams officers, with a scrapbook of newspaper clippings from some of his games, and asked for a tryout at wide-receiver. He got a tryout but was moved to defensive back where he immediately dominated scrimmages and made the team. In his rookie season, which was only 12 games back then, he set the NFL record with 14 interceptions. It still stands as the record, despite teams playing 16 games now and passing far more often.   He played the Rams, the Chicago Cardinals, and most notably the Detroit Lions for 6 seasons.  Lane was selected to 7 Pro Bowls and 7 First Team All Pros.