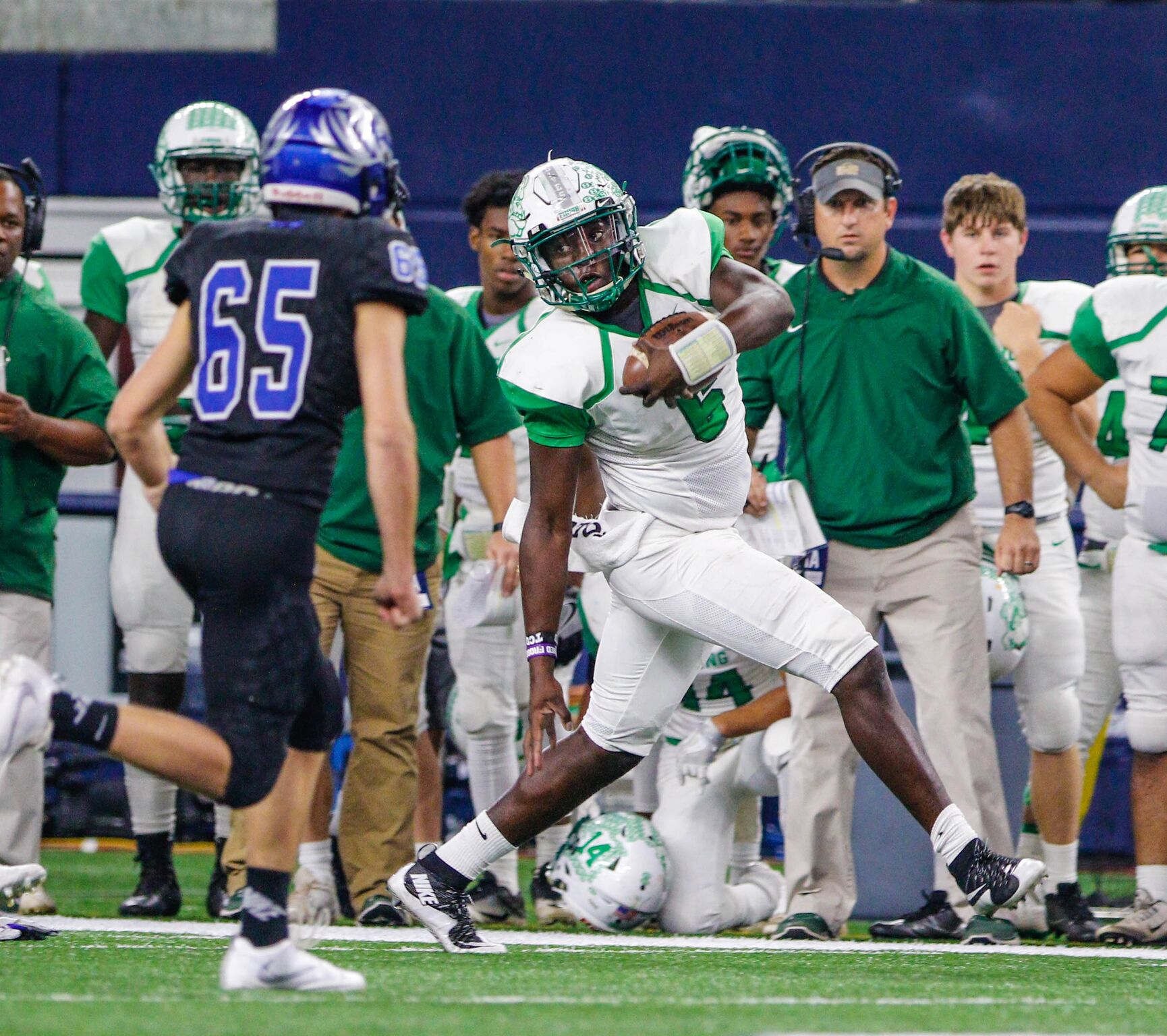 After a delay in his announcement, Boling athlete Vernon Jackson announced his commitment to Alabama on Friday afternoon in a ceremony at his high school on Friday.

Jackson chose the Crimson Tide over other offers from Texas A&M and TCU among others. He was originally going to make his commitment on August 26 but pushed it back due to the effects of Hurricane Harvey.

He is a Top 20 athlete in the state of Texas per the 247 Sports Composite Rankings and becomes Commit No. 11 in the Class of 2018 for the Crimson Tide and the first from the Lone Star State.

The District 14-3AII MVP from last season was instrumental in getting the Boling Bulldogs to the state title game and putting up some impressive numbers as a runner (2,091 yards and 33 touchdowns) and a passer in a run-first offense (891 passing yards, 7 TD) playing quarterback.

Per 247 Sports, the 6-3, 240 pound senior projects as a linebacker at the next level with a possibility of him playing running back.