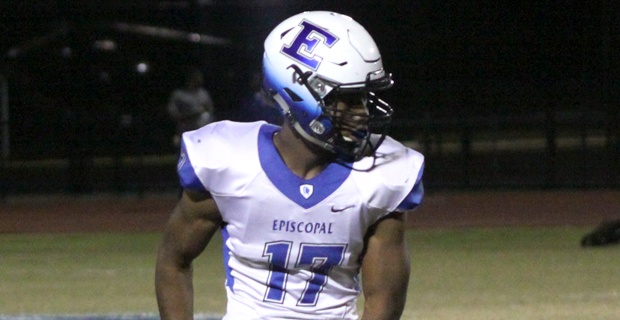 Jaylen Waddle, who played high school football in Texas at Episopal was selected #6 in the NFL Draft by the Miami Dolphins.

In only 3 full games, appearing in 5 games total due to injury, Waddle had 28 receptions for an average of over 21 yards and 4 touchdowns. He came back from his injury just in-time to help lead Alabama to the National Championship over Ohio State. The 5’10’ 185lbs receiver is one of the fastest in the draft class and has tremendous big-play ability.  He got drafted ahead of his teammate and Heisman Trophy winner, DeVonta Smith, and one spot behind LSU wide receiver Ja’Marr Chase.