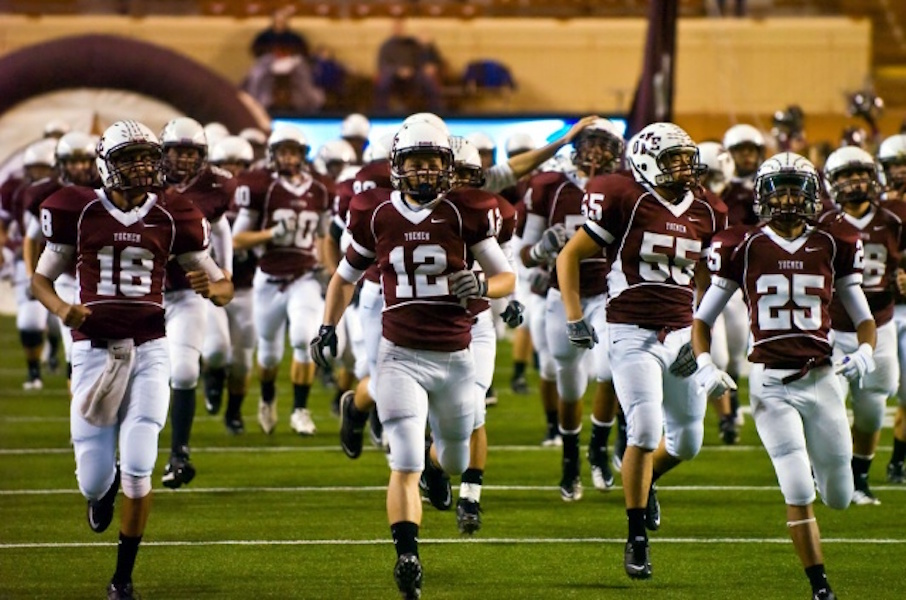 “Rise as one.” Three little words flooded with meaning. The Cameron Yoemen recently joined the ranks of only six other schools in the state of Texas to win 700 games. The accolade came on their home turf in a 44-20 victory over McGregor. Attaining excellence is no new endeavor for the Yoemen. Winning is a tradition that runs deep in this Milam County seat. The team has contended for the state title five of the last six years and won the championship in 1981, 2012, 2013, and 2014.

What’s the secret? How does a small town team consistently produce an incredible squad that competes with the best of the best?

“The community has high expectations of our kids and our football team,” said head coach, Tommy Brashear. The town is the epitome of Texas high school football. What takes place on the field is the solitary source of entertainment for at least a 30-mile radius. Because of that, the whole community is on board. “The kids grow up wanting to be Yoemen,” added Brashear. It’s the kind of town where kids dream of the day they’ll get the chance to suit up and take the field.

Cameron Yoe’s leadership council came up with this season’s motto, “Rise as one.” With so much controversy surrounding prejudice in our country today, living this adage is powerful.

“Cameron has a very racially diverse community, and our school and extracurricular activities bring us together for a common goal,” explained Brashear. Coming together to achieve great things seems to be a way of life there. “There have been many great players and coaches who contributed to the success of this program,” he added.

It’s not often that a smaller school like Cameron Yoe spends so much time under the spotlight.

“When you are successful, people take notice and show interest,” said Brashear. “We are fun to watch. We run a spread offense and our kids play very hard and physical on defense.” This is the ultimate combination and a tremendous draw for the Yoemen fan base.

Getting to Know Coach Brashear

Prior to assuming his new role as leader of the program, Brashear began as an athlete there and a member of the graduating class of 1992. Following the pursuit of his Bachelor’s degree from Texas A&M, Brashear returned to Cameron to coach serving most recently as defensive coordinator. This year marks his first at head coach of the Yoemen. While Brashear misses teaching US History, he is enjoying the transition to the “dark side” of calling the team’s offense.

Joining Highland Park, Amarillo, Plano, Temple, Mart, and Brownwood as a 700-win team is not the only goal the Yoemen have on their list for this season. Yes, there truly is a list, and it’s hanging in every locker.

“We set our team goals at the end of two-a-days. We copy the goals and put them in each player’s locker to remind them of what we trying to accomplish,” shared Brashear.

Next up for the Yoemen is Franklin (5-0). “If you can’t get up for a big ball game like this one with Franklin, then something is wrong with you,” exclaimed Brashear. Kickoff is scheduled for 7:30 at Lion Stadium.